Everyone has an intimate relationship with their hair, and I'm no exception. It's hard to fully articulate the reasoning behind it, but I've relied on my cool-tone blonde hair to present a lot of who I am to the world. I wanted passersby to notice my blithe hair flip. I coveted the adulation of my friends, playing it off like my curls were effortless and uncomplicated. They were my version of a security blanket—if my hair looked good, nothing else mattered.

It began innocently during my early teenage years, when I was voted "Best Hair" three years in a row. It might not sound like a big deal, but to a 13-year-old with a burgeoning beauty fascination, it mattered. Humblebrags aside, it was then that my cut and style began playing a massive role in my confidence level. It only makes sense: When you look good, it's easier to feel good, particularly in a culture that places so much emphasis on conventional beauty standards.

So when the damage from ironing my curls into stick-straight pieces—as well as regular touch-ups on my flaxen highlights—caught up with me, I had to chop all of my hair off. Well, not all of it. But the inches added up just enough to throw my smug long-hair strut off-balance. (You know the one I’m talking about.)

It was a vicious cycle: The more I straightened my hair, the more I damaged it, and ultimately the shorter it became. And so on. I would continuously forgo haircuts only to watch my dry, damaged ends continue to split. I began researching miracle-grow products online, and spent hours reading Yelp reviews—to no avail. Nothing worked.

I virtually emptied my bank account and purchased a pair of clip-in extensions to give the illusion that my hair was just as thick and lengthy as it once was. After a consultation, I practically skipped into the salon, bright-eyed and eager to get started.

It's not every day that you walk in with fine, shoulder-length hair and get the chance to leave feeling like Gisele at the 2005 Oscars. The stylist clipped the extensions in, snipped the ends to blend, and curled each strand into the glossy yet somehow still effortless-looking beach waves I tried to re-create for almost a decade.

Which leads me to my next staggering announcement: I wore those extensions every single day for the next nine years. I replaced them every one to two years with fresh 18-inch Remy hair (beauty speak for healthy, never-before-processed human hair).

The more I wore them, the more compliments I received. To me, the perfectly lived-in waves (that I painstakingly blew out, curled, and coiffed each day) made me feel like "me." And I wouldn’t dare leave the house looking less than polished. They were a part of me, like another limb.

But I also kept them a secret. I worried that if anyone found out, they wouldn't look at me the same way, or that I would seem high maintenance, or fake. Which again brings up the notion that we’re supposed to "be" any sort of way at all. What's wrong with wanting to look great and feel confident? And doing so by wearing hair extensions? I'll tell you: nothing. Though, that's an idea I only arrived at when I decided to take them out—for good.

While I loved the way the extensions looked, they added an extra hour to my routine, and hiding them from my friends and romantic interests became very, very tricky. I started spending more time worrying about getting found out than enjoying their aesthetic attributes. Plus, the heavy, itchy sensation they created on my scalp certainly wasn’t awesome. 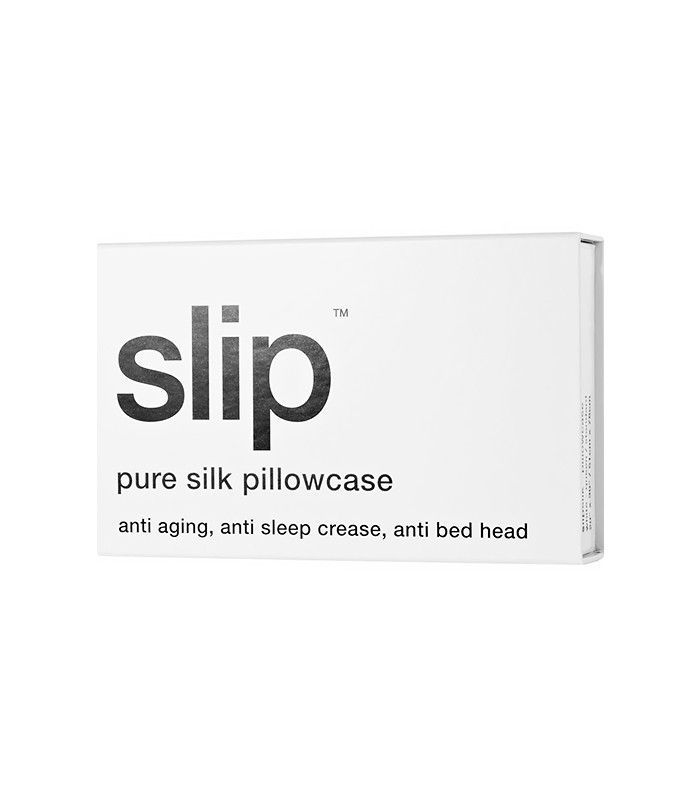 Sleeping on a silk pillowcase alleviated some of the tangles and discomfort.

It wasn’t until after I stopped wearing them that I realized I had been hiding behind those five wefts of hair. Like somehow they masked insecurities that I was feeling in other aspects of my life. Thoughts like, "I want them to like me," came through as, "I hope my hair looks good." I even went so far as to get my hair blown out every Friday to make sure of it.

I realize now that what began as a fun confidence-booster became a crutch. I maintained that long, flowing hair in part because I thought that was who everyone else expected me to be. I wanted to be that girl. And, frankly, the comparisons to Jemima Kirke and Blake Lively didn't exactly suck, either.

But all things must come to an end, and since I made the official decision to stop wearing the extensions, I haven't looked back. Yes, my hair isn’t as long (and I've had to pretend I got a major haircut when asked about it), but my natural curls aren't the short abominations I made them out to be all these years. Not to mention that leaving the house with air-dried hair for the first time since puberty feels like a dream.

Fear is not a word often associated with hair extensions, but that’s what I imagined I’d feel without them. But after nine years and countless curling irons, I’ve replaced my reliance on them with confidence and certainty. The extensions were just a vehicle in getting me here. I’m still the same person without them—even better if you count the amount of time and brain power I can now attribute to other things.

The moral of the story? Extensions are fun! They're a great way to mix up your beauty look. (And I'd be naïve to assert that I have an understanding of what every woman feels when they wear them; I certainly don't). However, if your experimentation ever veers into self-doubt, it's time to unclip and regroup. You’re still you no matter what your hair looks like—remember that.

The 14 Best Clip-In Hair Extensions, According to Celebrity Stylists