Hailey Baldwin is hanging out on a sofa in a hotel room. When I hang out on sofas, I’m dressed in sweats (or a onesie, we’re all friends here). Baldwin, 20, however, is wearing the coolest LBD with giant gold buckles (I’m still kicking myself for not asking her where it was from). The room is opposite the Eiffel Tower, and I’m probably her 10th interview of the day. So why are we here? Earlier on in the day, it was announced to the world that Baldwin had been signed as a new L’Oréal Professionnel ambassador. The brand partnered with Baldwin for its INOA colour range because she’s not afraid to experiment with her hair. She famously went grey for Coachella last year before switching to pink en route back to blonde. She’s also fronting the Pro Fiber range of repairing products because all that colouring can totally wreck a gal’s hair. We had just 10 minutes to talk all things beauty with the star, during which she revealed her next hair colour move and the one decade she’d love to return to for its trends. Keep scrolling for our exclusive Q&A.

Baldwin is a household name thanks to her family ties (she’s the daughter of Stephen Baldwin and niece of Alec Baldwin and Kim Basinger), but the 20-year-old is carving out a name for herself, garnering 9.1 million followers on Instagram and an impressive modelling career, including fronting campaigns for H&M and Guess and walking endless catwalks. There is a classic, ’90s vibe to her beauty and fashion aesthetic; she looks like she’s arrived in Paris from 1991. So it’s little surprise that when I ask her which decade she’d most love to return to for its beauty, she replies quick as a whip, “the early ’90s.” Why? “I was born in ’96, so I missed being able to experience any trends in the ’90s, but I really do appreciate those old-school trends.” Baldwin looks to Christy Turlington and Claudia Schiffer from the late ’80s and early ’90s, as well as Kate Moss, for style inspiration. “I definitely think that whole look is circling back around, you see [it everywhere],” she tells us.

Christy Turlington in the early ’90s.

But while Baldwin looks back in time for some of her inspiration, she also is fully engrossed in the here and now. “[Instagram is] definitely like the last thing I look at before I close my eyes [at night], to be honest!” she replies when we ask what the last hour of her day looks like. “I definitely come across certain people’s style, and then I’ll always pick little things. I think, I wouldn’t do it that way, but I would take an element of it [and rework it],” she shares.

It’s not just people inspiring Baldwin’s styling confidence either: “There are certain brands that inspire me, too, like I’m a really big fan of Demna Gvasalia, who does Vetements and Balenciaga. I just think the way that he has designed certain things like a super-cropped jacket that’s oversize or how he throws things off the shoulder, that inspires me. I was wearing these sweats the other week, and one leg was longer than the other, and I was like, Are these supposed to be like this?! And I was like, That’s actually dope.”

When I meet Baldwin, her hair is shorter and warmer than it appears in the INOA campaign, for which her hair was dyed with a combination of in-salon shades 10.01 and 8.01 to create an on-trend nude beige colour. But that’s the thing with Baldwin: She’s always mixing up her look and swiftly one step ahead of the trend game. So what’s next? “Probably like a crazy colour,” she says. “I’ve always wanted to dye my hair peach. Literal peach. I’ve done pink, and I’ve done grey, but I think that would be cool. We’ll see for Coachella this year…”

With all that dying, it’s little wonder L’Oréal Professionnel also tapped up the model to front its Pro Fiber range. “My hair has got super damaged over time,” Baldwin tells me. “The Pro Fiber range has products that are super specific for different types of damage. I use the Re-Create line because it’s for hair that has thinned out from damage, which is kind of my problem. And I like the Re-Charge Booster, which is like a day cream for your hair.” 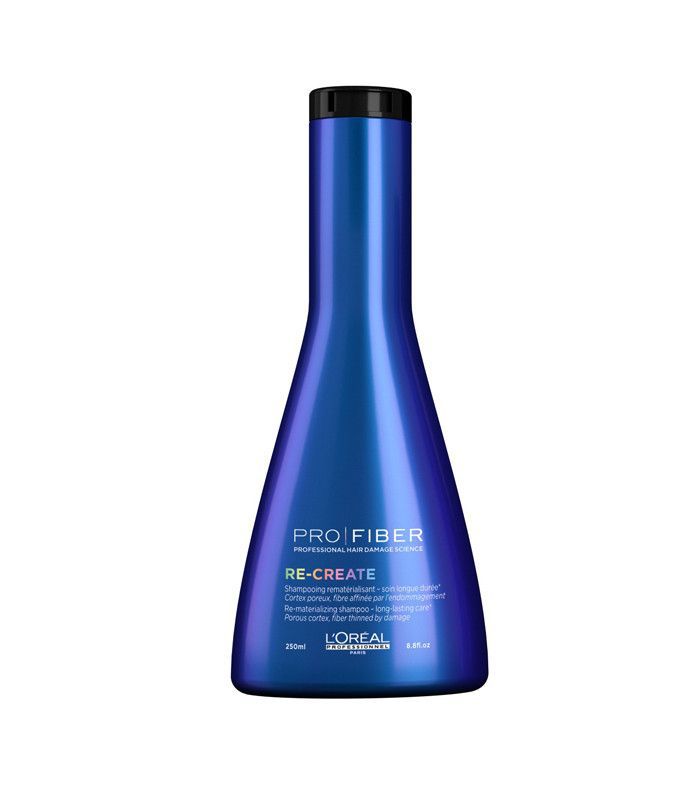 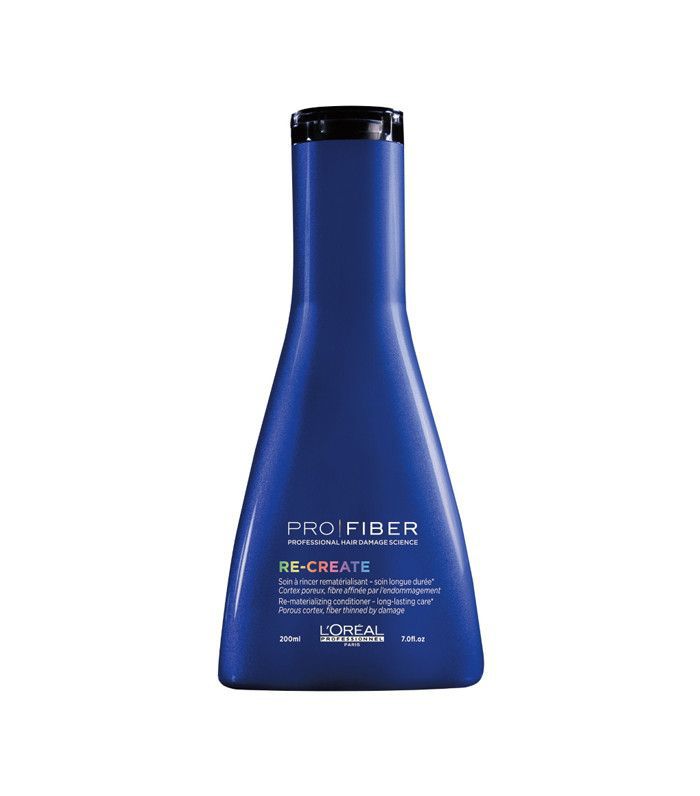 When it comes to styling, Baldwin always has a salt spray or texturiser close at hand: “I like a beachier texture,” she shares.

Talk turns to her makeup bag, the contents being “good highlighters and lip balms. For me, less is more. I’ve done my makeup for events and stuff, and I definitely enjoy getting photographed with not as much on. I never like to look cakey.”

Want to know which balms and highlighters Baldwin swears by? Then look to the makeup collection she created with ModelCo. As she told Byrdie Australia, “I love the natural, no-makeup look… I feel like I have mastered this look—it was actually the inspiration for my makeup line with ModelCo." 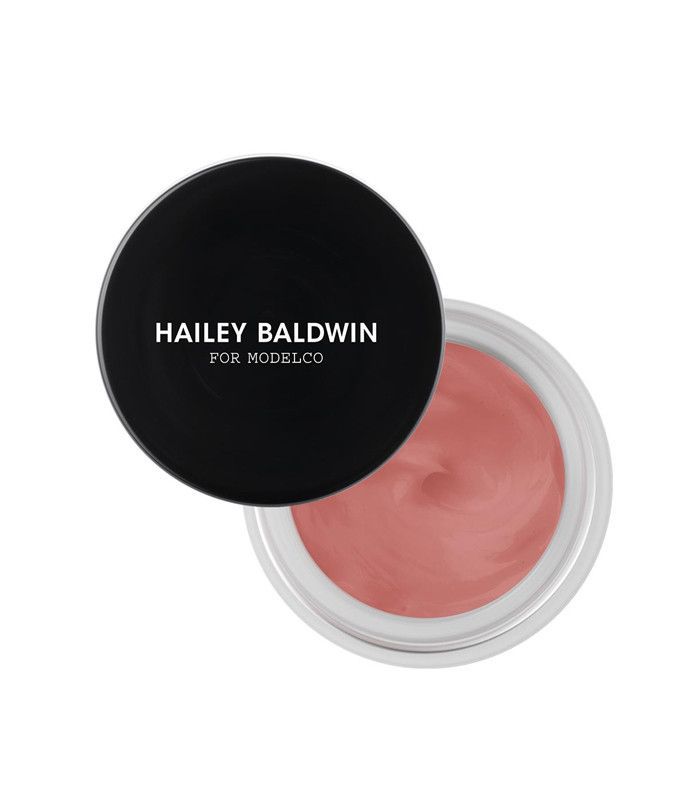 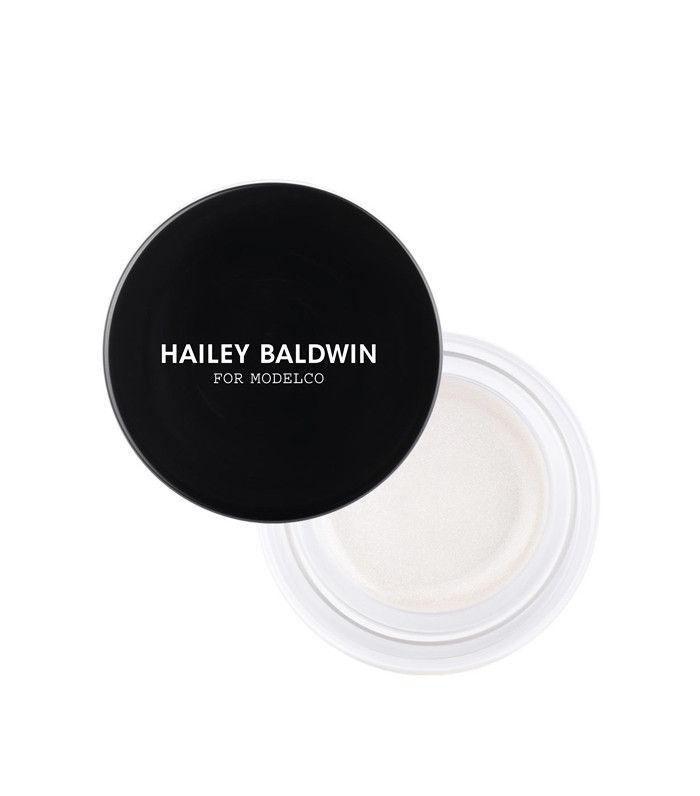 Her off-duty look is much the same; if she has five minutes to get out the door (bearing in mind there is probably paparazzi waiting), she’s pretty low-key. “I throw my hair up or back, apply some highlighter, mascara, maybe a little lip balm or lip colour, and then I run out,” says Baldwin.

“I love a low bun or a topknot. I wear a lot of hats; like, I love a good baseball cap,” she adds. And that’s the funny thing: I’m not the kind of person to even consider wearing a baseball cap, and I know I wouldn’t particularly suit one, but Baldwin makes me want to try it, such is her style power.

Next up, the six beauty tips we learnt from Rosie Huntington-Whiteley.