The 6-Step Checklist for an Effective Workout, According to Hailee Steinfeld

It’s 10:45 a.m., and following a few miles of upward (and winding) road, my Uber driver, Burt, and I have officially scratched the idyllic, if not slightly nerve-racking, surface of Hollywood’s infamously steep hills. In the past few minutes, I’ve begun to notice small yet urgent beads budding at Burt’s neck—a telltale sign he likely harbors an intense dislike of vertical ascension, no doubt exacerbated by the huffing and puffing of our not-so-shiny knight in shining armor—a 2003 Prius.

A common fear for many, the subject of heights might, objectively, feel irrelevant to my interviewee of the day: Hailee Steinfeld. Of course, there’s the obvious irrelevance in that Steinfeld has no connection whatsoever with the increasing ratio of sweat drippage occurring within Burt’s chariot, but then there’s the more metaphorical relevance in that the singer and actress simply continues to transcend them. Therefore, heights, as it seems, don’t seem to be an obstacle for the 21-year-old.

For starters, by the age of 14, Steinfeld already had an Academy Award nomination under her belt in applause of her breakout supporting role as Mattie Ross in 2010’s True Grit. Her fellow nominees that year included Amy Adams, Helena Bonham Carter, Jacki Weaver, and Melissa Leo (who won). Of course, other box-office hits inevitably followed, such as Romeo and Juliet, Ender’s Game, and Pitch Perfect 2 and 3. And while Steinfeld’s love for acting still flares brightly (later on in our interview, she tells me dreams of directing one day), it’s a sizzling, slow-burn musical endeavor which seems pointed toward explosion.

As you’re reading this, Steinfeld is opening for Katy Perry during the UK leg of her Witness tour, and afterward, she’ll return to this side of the pond to join touring forces with Charlie Puth. Both gigs are noteworthy accomplishments following her debut single “Love Myself” (2015) and catchy beats like “Most Girls” and “Starving”—especially considering Steinfeld has yet to release an official album. There’s also her athleticism to take into account and her role as brand ambassador for Mission (think technology meets activewear), which seems to complement her flame for fitness perfectly. Thus, to consider her spotlight anything short of sparkling (not unlike this sunny, L.A. day) would be an understatement.

Finally making my great escape from the humidity of both Burt and the Prius, I approach the destination of today’s interview, which is in celebration of Mission’s most recent launch: HydroActive Max, a collection of towels, headbands, hats, and the like which feature instant cooling technology. Set in a cozy yet sprawling home on the cusp of one of those aforementioned Hollywood hills, I’m ushered through to the back where I’m met with two more sparkling sights: an aquamarine pool and Steinfeld herself.

From afar, the singer initially resembles the mirage of a Disney princess—all glossy, curled hair, and svelte cheekbones. However, upon closer inspection, the focus sharpens with juxtaposition—her thick brows enviable enough to make the historical likes of Elizabeth Taylor and Audrey Hepburn salute in approval and a persona that’s undeniably poised yet not at all precious. There’s also her ridiculously cool workout attire (all Mission, of course), which I’ll be asking about immediately, as the focus for the day is Steinfeld’s relationship to fitness and wellness and, more specifically, her best tips, tricks, and philosophies for staying motivated and inspired when it comes to her routine. Ahead, six wellness tips as told by Steinfeld herself—keep reading.

Tip #1: Dress (and Accessorize) for Success 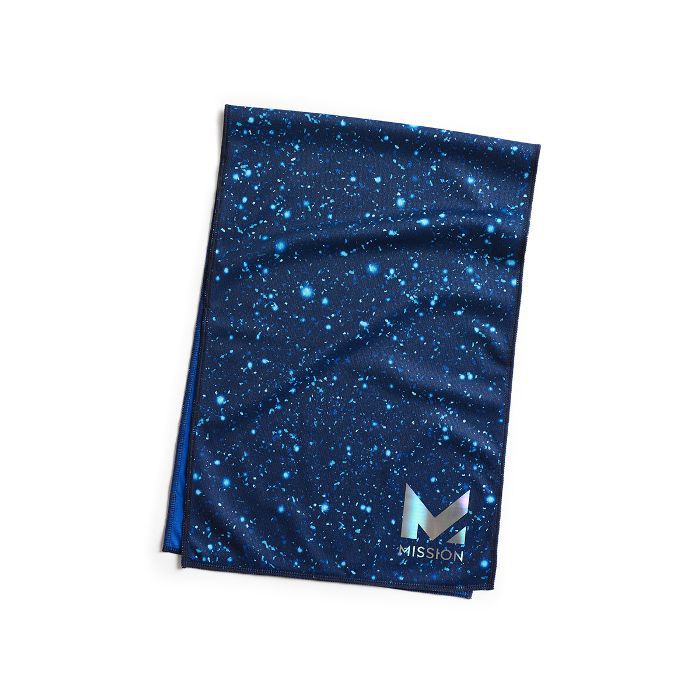 “I find that when I’m on tour, I’ll have less than a minute between songs to reset and cool off. Right now, I’m obsessed with Mission’s HydroActive Max Cooling Towels ($20) purely because I can run off stage, grab a towel, and it will cool me down. The technology Mission puts into each of their pieces is incredible—especially this ‘vaporactive’ cooling mechanism in the new HyperActive Max line. And even on days when I’m not performing and am just working out, I’m convinced I get a better workout because the technology allows you to actually make it your goal to sweat. The line completely changes your workout and time out in the sun. Plus, all the pieces are cute, which doesn’t hurt!”

“I’ve actually always had a pretty healthy relationship to fitness. My dad is a personal fitness trainer, and so I’ve always had his positive influence when it comes to fitness. And for me, it’s always been about feeling good first and looking good second. I mean, it’s easy to do this, and there have been times in the past when I’m like, okay, I have to look a certain way, which means I have to work out a certain way, but it’s not about that. For me, fitness has transformed more into a means of just doing what’s going to feel good for me in that moment. For instance, if I’ve been in the studio all day, I’ll go outside to get some fresh air, or whatever it is, and then there’s a result—and looking great, well, that just kind of comes with it. If you do it to feel good, then the rest will follow.” 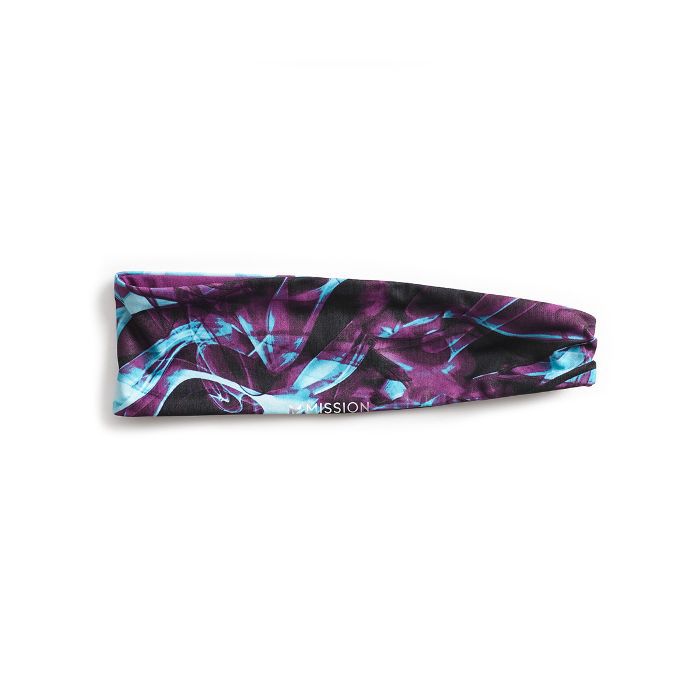 “I love to dance—I always love to take a dance class. I think the absolute best kind of workout is when you don’t necessarily know how much you’re accomplishing, but the music is playing, and you’re actually having fun. Kickboxing is also great—those are probably my two favorites. I have done a few yoga classes, which I actually like and really appreciate—usually because it’s one of the few hours in the day where I can completely relax. But I know myself and I think I just do better with something that’s a bit more up-tempo.

“It’s funny because I used to prefer starting my day with a morning workout, but now I just try to take advantage of any extra sleep I can get. Sometimes the last thing you want to do after a long day of work is exercise, but I always find I have a better sleep and I wake up feeling more motivated and ready to go the next day.”

“Before I work out, I always try to make my protein portion larger than the carbohydrate. That being said, what I eat will also depend on what time of day it is. But usually, a pre-workout meal will look something like peanut butter on toast with a little honey, and then after a workout, something like a piece of chicken or a protein bar. I try to have a good solid meal, or at least some kind of snack every three to four hours in the day.” 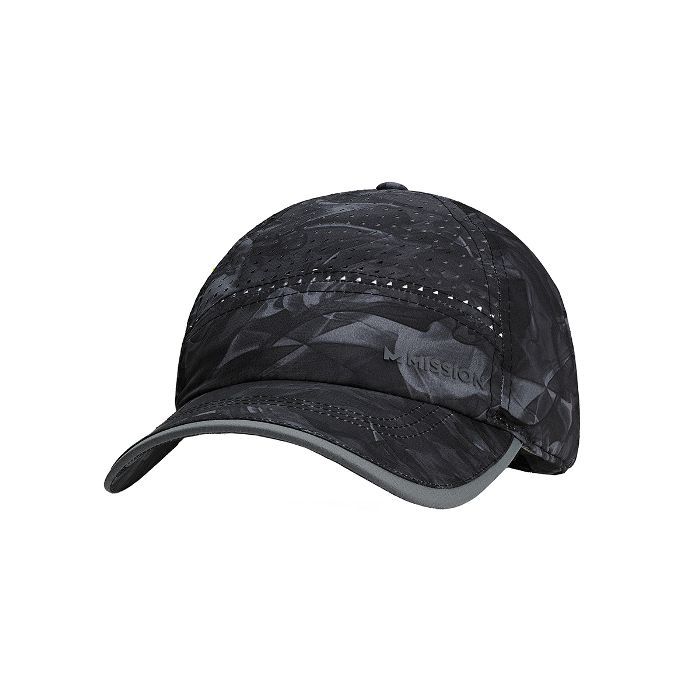 “I’m obsessed with Spotify’s playlists. I always find that if my workouts have been the same or feel kind of monotonous, switching up what I’m listening to helps it to feel fresh and different—so I feel like something is being changed up. My strategy is to just go playlist-surfing, if you will! The Bruno Mars playlist is great to work out to. Rihanna has some jams… Honestly, any kind of remix-y business is something I like.”

“It really comes down to feeling good about yourself. I think we live in world—well—we live in a world of judgment. Especially with social media, it’s very easy to scroll through and find certain images of bodies that we wish we had or aspire to have. And that can throw you off your game! I think it’s important to remind yourself that you’re doing this for you and not for anyone else.”