Green Tea for Weight Loss: Everything You Need to Know

Green tea is one of those cure-all beverages that people claim does wonders for your mind and body. It boosts your energy, provides your skin with a little extra glow, and offers you a healthy way to lose weight quickly, right? Well, not so fast. While it's easy to attribute the first two to green tea, it's not so clear as to what's contributing to your desired weight loss. Is it really the green tea, or is it your extra hour of exercise you've been doing or your clean eating regimen you've implemented? It's easy to claim that a specific food or beverage is the secret, without isolating other factors, or being able to back it up with cold, hard science.

But there are some people who swear that it's helped them shed a little extra unhealthy fat (and we take word of mouth seriously around here). So what's the truth? We didn't know. That's why we reached out to two expert to who did. Keep reading to see what they had to say about the link between green tea and weight loss!

According to Brooke Alpert, nutritionist and author of The Diet Detox, green tea does encourage healthy weight loss for two reasons. The first of which, is quite simple: it's hydrating (it is just infused water, after all). "Green tea can help with weight loss," she says. "From a very simple perspective it is a hydrating beverage. When the body is dehydrated, we can often mistake thirst for hunger or few fatigue from dehydration leading us to make poor food choices." This is probably why almost every celebrity under the sun recommends drinking water throughout the day, since it's the easiest preventative measure you can take to avoid giving in to that misjudged sugar craving. But I digress--back to green tea specifically.

The second way it aids in weight loss is through the crazy high percentage of antioxidants it offers. Exposing your body to these free-radical fighting powerhouses, encourages your body to target unneeded fat. "It's the megadose of antioxidants that it contains, EGCG, that really can boost your metabolism and influence your hormones to break up fat," Alpert says. Registered Dietician and Clinical Psychologist, Farah Alrajaan, seconds this. "The substances in green tea increase levels of hormones that tell fat cells to break down fat. This releases fat into the bloodstream and makes it available as energy," she says.

Alrajaan cites green tea's specific amount of caffeine as another one of its ingredient that's beneficial to weight loss. "Several studies have suggested that the flavonoids and caffeine in green tea can help elevate metabolic rate, increase fat oxidation and even improve insulin activity," she says. "One study showed that those who consumed green tea and caffeine lost an average of 2.9 pounds during a 12-week period, while sticking to their regular diet. Another study suggested the increase in calorie output was equal to about 100 calories over a 24-hour period." The best part about this, is that it will provide you with energy, but not in that that buzzy then tired way that coffee does. "Many people report having more stable energy and being much more productive when they drink green tea, compared to coffee."

How Much Green Tea to Drink Per Day 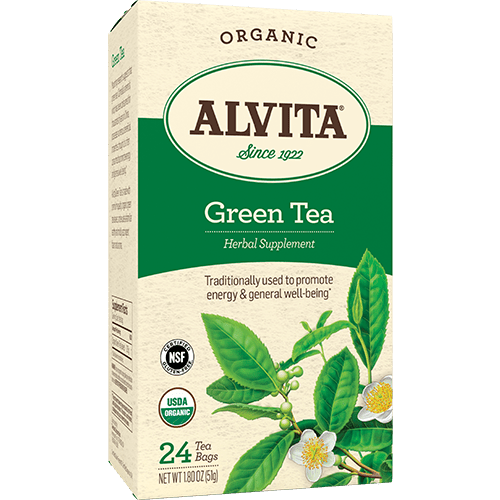 Alpert recommends drinking this tea, specifically. It's her all-time favorite one, and she calls it "amazing." Just don't plan on drinking it all day. "Because of the caffeine, I wouldn't recommend drinking regular green tea all day long. Water will always be my first drink recommendation but 1-3 cups of green tea daily is enough to have great benefits without keeping you up at night," she says.

Alrajaan on the other hand, recommends drinking matcha. "The whole leaf is ground and consumed as part of the beverage, as opposed to other (most) types of green tea where the leaves are steeped and then the tea is consumed," she says.

It's worth noting that green tea is much more than a beverage that benefits weight loss. It's a drink that's centuries old, and has been used to aid health and wellness in a number of different. ways. In other words, use it for more than just a weight loss tool. "The antioxidants in green tea make it a healthy beverage regardless of weight loss is your goal, Alpert says. "They can help with everything from weight loss, brain functioning, and even have potentially anti-carcinogenic benefits."

Alrajaan agrees. "Green tea has powerful antioxidants that may protect against cancer. Multiple studies show that green tea drinkers have a lower risk of various types of cancer," she says. "It also has the amino acid L-theanine, which is able to cross the blood-brain barrier. L-theanine increases the activity of the inhibitory neurotransmitter GABA, which has anti-anxiety effects." There you have it--a couple of cups of green tea a day can benefit your heart, brain, energy levels, and even your mental and emotional health.

Next, read up on how to take stress off of your digestive system!