As beauty editors, we consider ourselves reasonably well-versed when it comes to superfoods. We snack on blueberries to load up on antioxidants and chop up tomatoes to try to decrease our chances of sunburn. And yet, there's always something new and lesser-known out there—in this case, we're talking about the ancient Chinese goji berry. We started noticing them as our açaí bowl obsession increased since they're frequently sprinkled on top for a mere dollar more.

Who should use it: In general, anyone with uneven skin tone.

How often is typical use: Once or twice a day.

Don’t use with: Don't ingest them if you have issues with blood thinning or are on blood thinners﻿﻿

Intrigued, we decided to do some digging—and what we found was major. Quite simply put, these little berries are chock-full of antioxidants, fight free radicals like none other, and might give you clearer, brighter skin. Think of them as a way, way more potent version of the berries we know and love. It's no wonder women in China have been adding them to their tea for over 4000 years. We spoke to Sejal Shah of SmarterSkin Dermatology; Marie Hayag, Board Certified Dermatologist and Founder of 5th Avenue Aesthetics; and Bryan Barron, the Director of Skincare Research from Paula's Choice to get the scoop on this beneficial berry.

What are Goji Berries?

Zhongning County, located in the Ningxia Hui region of Northern China, is considered the goji berry capital of the world. Goji berries are grown and eaten on a daily basis in Zhongning, where residents are known to live amazingly long lives. A total antioxidant powerhouse, goji berries are a significant source of vitamin C, minerals, amino acids, carotenoids, and polysaccharides—all of which have incredible benefits, ranging from fighting free radicals to boosting collagen production.﻿﻿

Benefits of Goji Berries for Skin

They're immune boosters: Studies have shown that consuming goji berries also significantly reduces UV-induced immunosuppression, all thanks to their antioxidant properties.

They're potent antioxidants: "Its antioxidant ability comes from its natural content of vitamin C, polysaccharides, flavonoids such as quercetin, carotenoids such as blue light-protective zeaxanthin and beta-carotene," says Barron of the berry.

They're anti-inflammatory: Barron continues saying that "These work together with another ingredient in goji known as betaine, which can reduce the formation of inflammatory chemicals in skin."

They're barrier boosting: "Goji berry is also a good source of skin-beneficial fatty acids, including palmitic, oleic, and stearic, all of which help hydrate skin and enhance its barrier."

Protect skin from the sun: "They protect the skin against ultraviolet-induced damage and have also been shown to block melanin production," adds Shah.

Helps with skin tone: Hayag cites "its effects in decreasing sun-induced pigmentation thereby improving skin tone. For those who love the sun, it has been helpful in repairing UV light damage."

Side Effects of Goji Berry

Before you go shoveling this superfood into your mouth by the handful—10 to 30 grams is the typical recommended daily serving for goji berries.

Goji berries don't really have side effects per se, just (as with any food) don't overdo it when eating them. Their side effects when applied topically haven't been extensively studied.

Many brands incorporate this beneficial berry into their products, and it's simple to rotate them into your daily routine. Because goji berries are so abundant in amino acids (they contain 17 in total, including several essential amino acids), they're a great source of hydration.  Amino acids may also increase the efficacy of other hydrating agents in skincare products by transporting moisture through the skin.

Barron tells us, "It’s best to use goji berry in leave-on skincare products such as serums, moisturizers, and sunscreens or in a supplement where the goji berry is joined by other nutrient-rich, replenishing ingredients." He also says that "Because there’s no single best or most potent antioxidant, be sure any skincare product that contains goji berry also contains other antioxidants, such as other berries, vitamins, and numerous non-fragrant plant extracts such as those from pomegranate, green tea, and chamomile, to name just a few."

For all of the DIY fans out there, Shah also gave us the scoop on how to make your own at-home goji berry face mask. Just steep the berries in hot water, and spread the cooled liquid over your skin with a cotton round—voilà! Glowy, hydrated skin.

There are so many different ways to enjoy goji berries. You can buy them raw and dried at any health store (or even online) and pop them into your mouth as a snack (they taste slightly sweet, with an herbal aftertaste). Another option is adding them to your morning smoothie, trail mix, cereal, or even baked goods (a Pinterest search will yield plenty of yummy-looking recipes). For a soothing sip, you can brew goji berries in tea—just add a handful to a glass of hot or cold water and let them sit for about 10 minutes. They'll plump up and get juicy, and then you can drink the tea and eat the berries. Yum!

The Best Products with Goji Berry 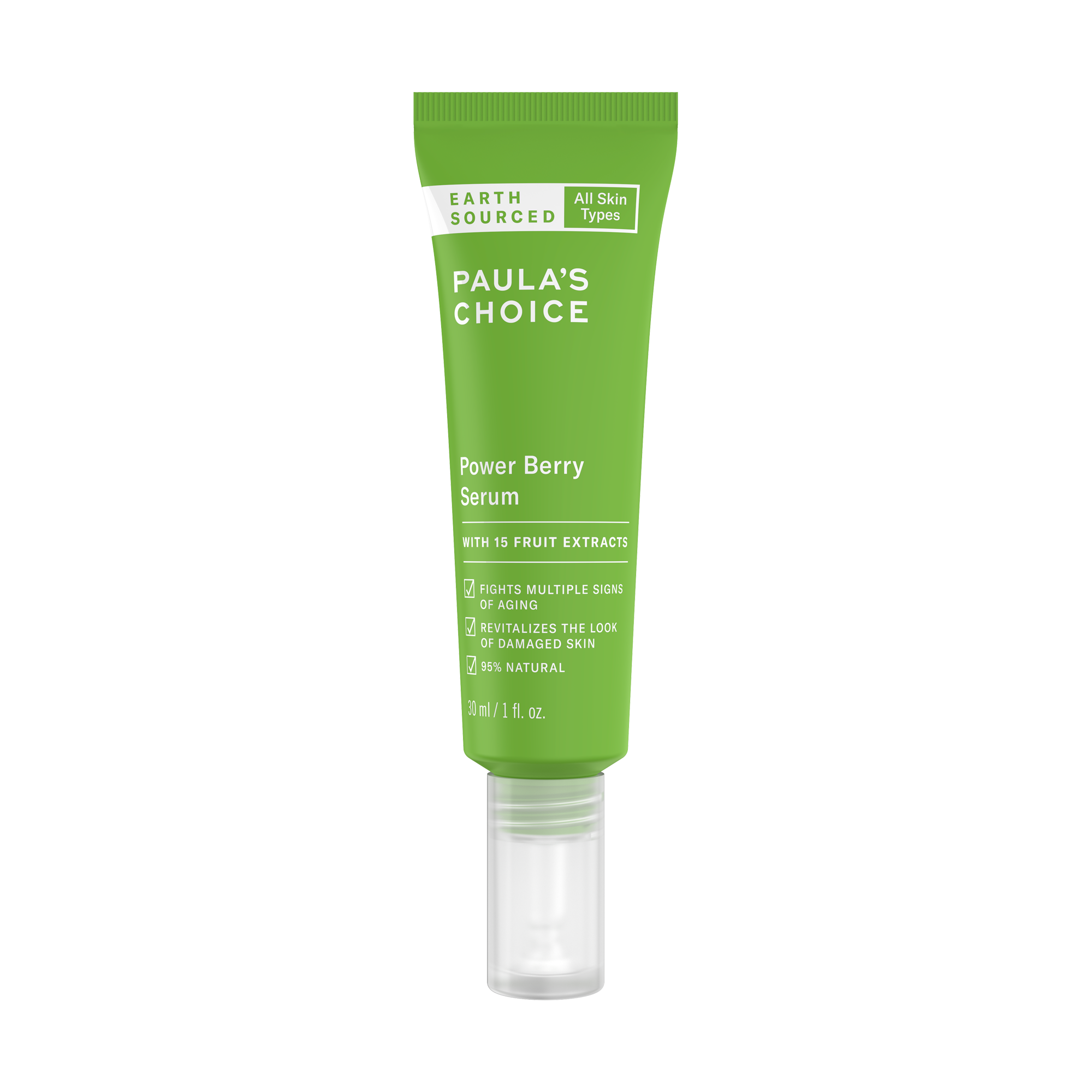 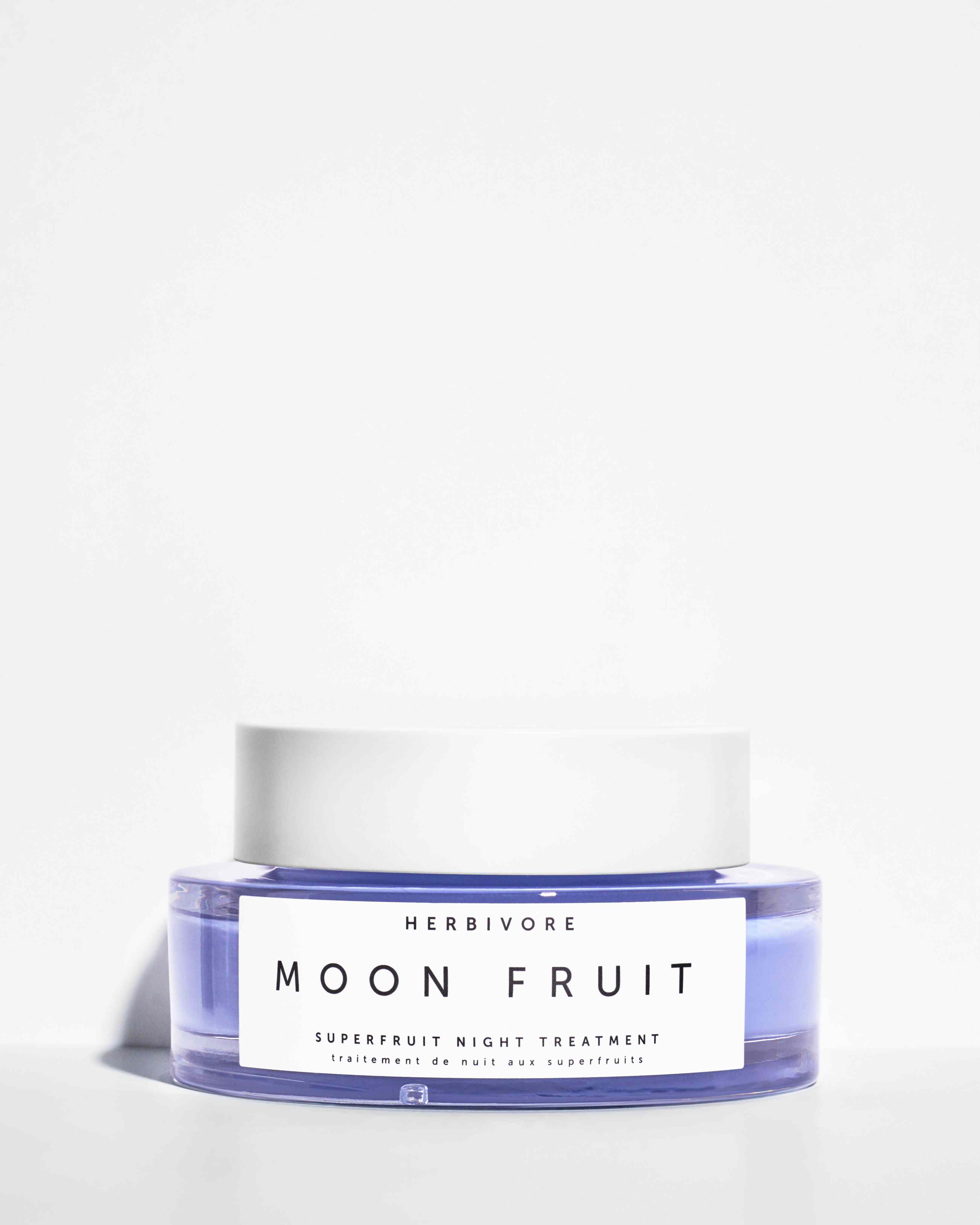 We've already written extensively about this night treatment, but for good reason. Ever since it came out it's been at the top of our list for hydrating, plumping night treatments. It gently exfoliates and definitely soothes, but it also has goji berry and prickly pear meant to protect your face from aging free radicals. 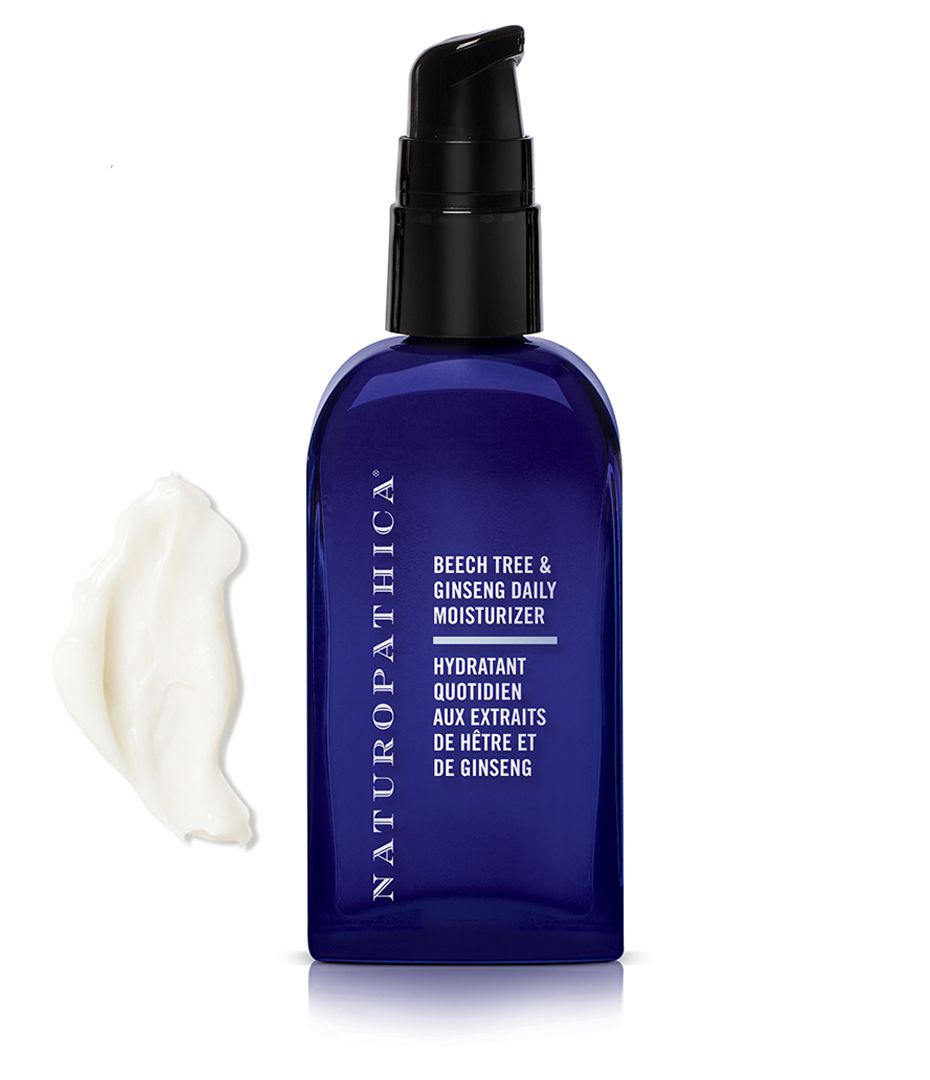 Beech tree and goji berry are both antioxidant heavy hitters, which is why this moisturizer is well-suited for people who live in cities. It's perfect to smear on in the morning—ginseng is typically used to smooth and lift your skin, making things a bit more taut. It's a great daily moisturizer for someone concerned about aging who wants to deal with it preemptively. 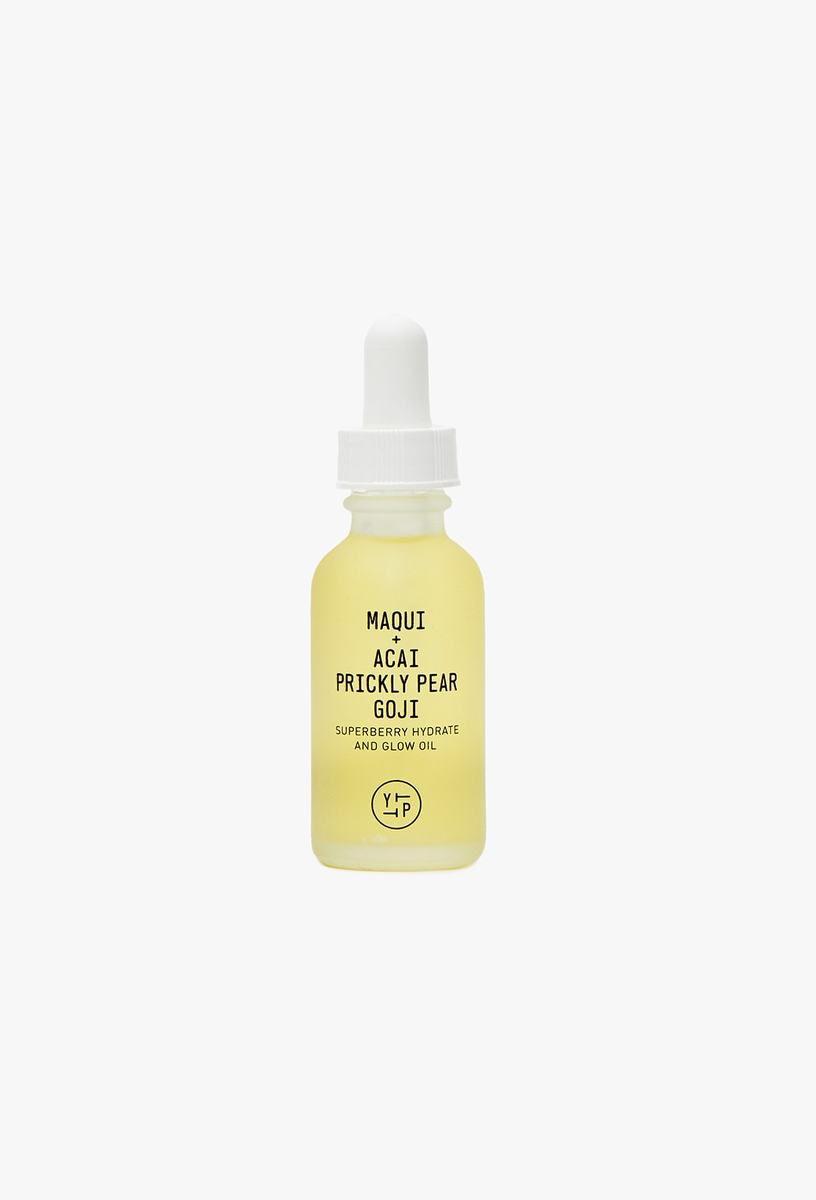 A face oil is a necessity, and there's plenty of reason people from all over turn to this one in particular. Goji berry is combined with açai and maqui for an unbeatable antioxidant cocktail, and prickly pear and squalane ensure hydration. 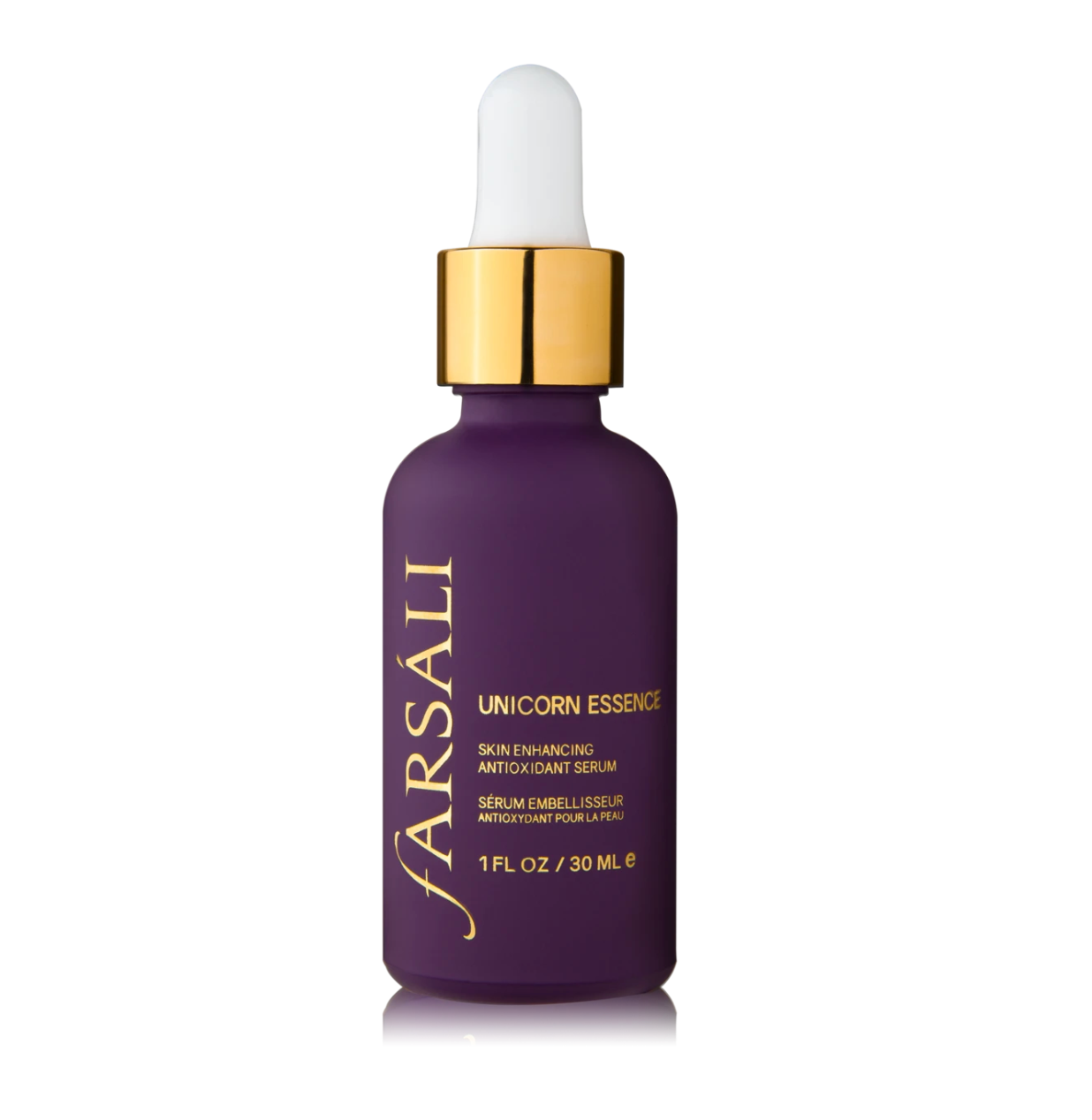 In terms of hype, it's easy to remember Farsali's Unicorn Essence—it was one of the first beauty products to really blow up through Instagram. Partially, that was due to how beautiful it looks, but it's also due to how versatile and effective the formula is. 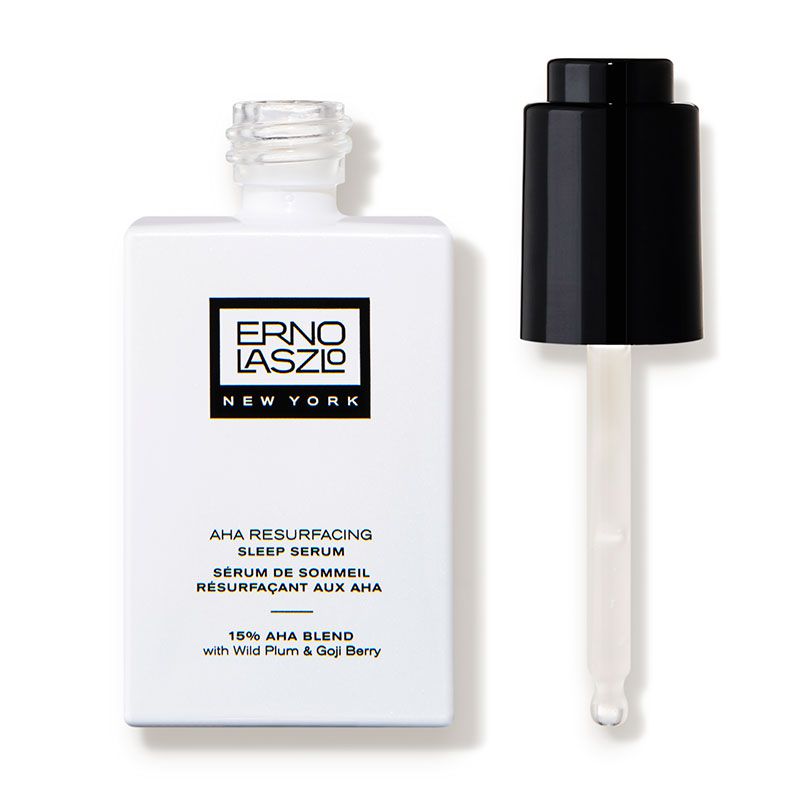 Skincare powerhouse brand Erno Laszlo took a clue from antioxidant serums and integrated the detoxifying goji berry into their Resurfacing Sleep Serum. The acids and peptides promise to exfoliate and plump, while the goji berry is meant to provide Vitamin C, nutrients, and antioxidants. 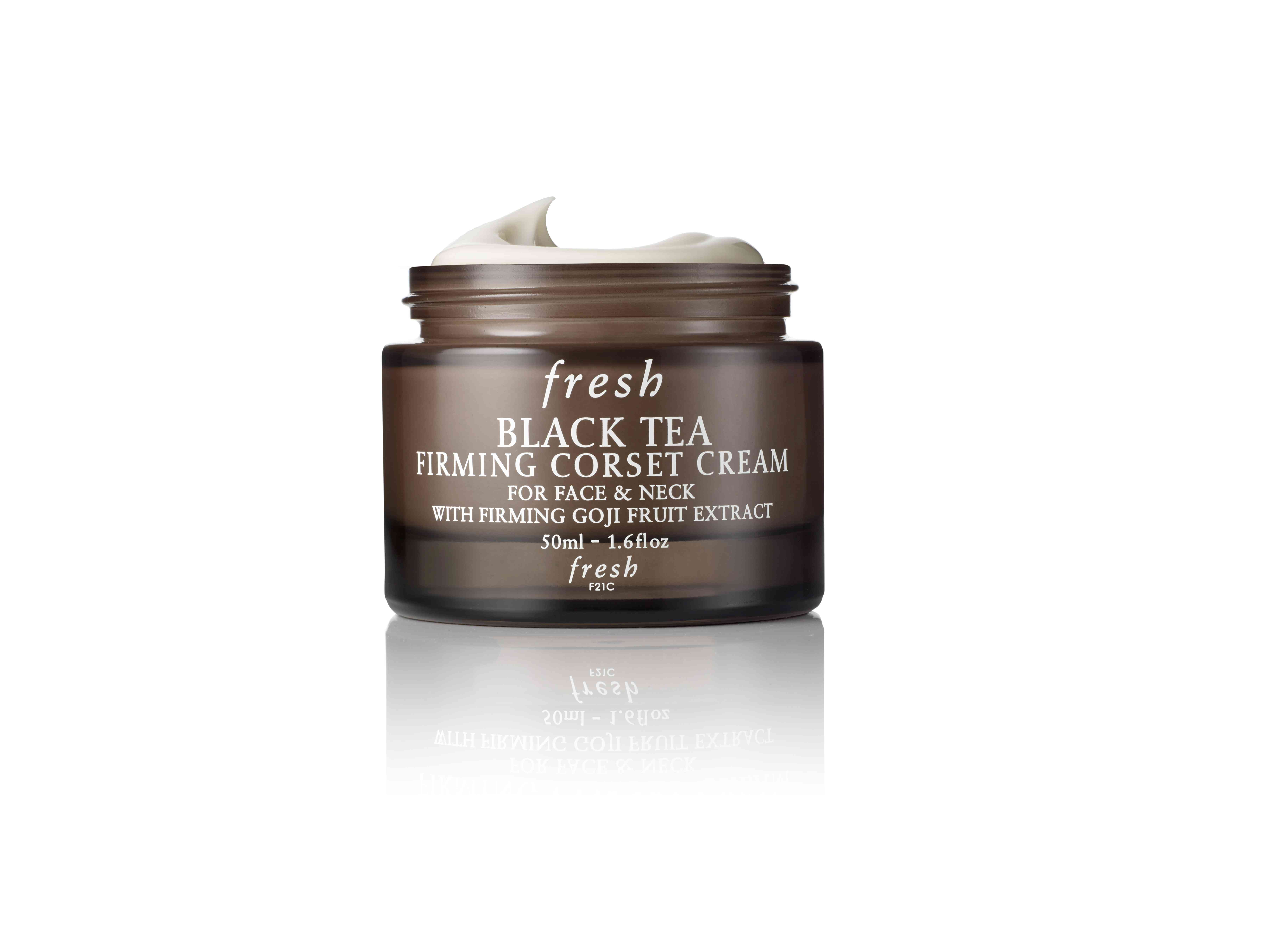 This cream (which is for your face and neck) uses goji fruit and peptides meant to lift and tighten, so it's perfect for days when you're feeling a little bloated or saggy.

FAQ
5 Ancient Chinese Beauty Secrets for Better Skin
Featured Video
Article Sources
Byrdie takes every opportunity to use high-quality sources, including peer-reviewed studies, to support the facts within our articles. Read our editorial guidelines to learn more about how we keep our content accurate, reliable and trustworthy.