What Is Gluconolactone? Here's What You Need to Know

Dermatologists say it’s one of the gentlest exfoliators out there.

Glucono-what? Despite the fact that you probably haven't yet heard of gluconolactone, it's an important skincare ingredient worth knowing about. It's a poly-hydroxy acid, or PHA, a group of acids often overshadowed by their much more talked about cousins, alpha-hydroxy and beta-hydroxy acids. But while AHAs and BHAs often steal the skincare spotlight, PHAs, gluconolactone in particular, most definitely deserve a place at the table. Like the others, it's choice for improving skin tone and texture, dissolving the dead cells that leave your complexion rough and lackluster. But gluconolactone sets itself apart with a few key attributes that those showy AHAs and BHAs don't have, which makes it an especially great pick for anyone with sensitive skin. Ahead, Chicago dermatologist Jordan Carqueville, M.D., Michele Farber, M.D. of the Scheweiger Dermatology Group in New York City, and Mona Gohara, M.D., associate clinical professor of dermatology at Yale School of Medicine, weigh in on this under-the-radar ingredient...and why it's worth not only knowing about, but incorporating into your skincare routine, too.

Who Should Use It: In general, it’s good for all skin types, particularly those with sensitive or mature skin who can’t tolerate the irritation that can come from AHAs and BHAs, notes Farber.

How Often Can You Use It: If you’re not using any other chemical exfoliants in your routine, it’s gentle enough for daily use. Otherwise, use it a few times per week.

Don't Use With: It plays nice with most other ingredients, although you do want to be cautious about over-exfoliation when it’s used in tandem with other acids or exfoliants such as retinoids.

Gluconolactone belongs to a group of acids known as PHAs, poly-hydroxy acids. At the risk of inciting traumatic flashbacks to high school chemistry class, you may remember that ‘poly’ means many and that hydroxyl groups are pairings of oxygen and hydrogen atoms. Point being, PHAs such as gluconolactone have several hydroxyl groups, which is what gives them their unique properties and sets them apart from the AHAs and BHAs of the world. “Like other acids, gluconolactone has the ability to remove the dead cells from the outer most layer of the skin, resulting in a smoother, brighter, complexion,” explains Carqueville. The difference? Those hydroxyl groups make it a humectant as well, AKA an ingredient that attracts water to the skin. And that means that gluconolactone acts not only as an exfoliating acid, but also as a hydrator, making it notably gentler than other acids. It's also a much larger molecule that can't penetrate very deeply into the skin, which is another reason it's gentler and a good option for the sensitive set, Farber adds.

Still, unlike a glycolic or salicylic acid, you’re unlikely to see gluconolactone touted as the star of the show in skincare products, notes Gohara (which explains why you may not have heard of it up to this point). “It’s not necessarily considered an active ingredient, but more of a supporting player, thanks to both its mild exfoliating and hydrating properties," she says. But even though it may be an in-your-face ingredient, it's still worthwhile to seek it out and make it a part of your skincare strategy.

Benefits of Gluconolactone for Skin

It may be an exfoliating acid, first and foremost, but gluconolactone is also a big-time multi-tasker, offering a host of other unique benefits.

Exfoliates the skin: As with any acid, it acts as a chemical exfoliating, dissolving the dead, dry cells that sit on top of your skin. This improves texture and tone (in other words, fine lines and spots), and can also help remove excess oil, according to Farber. Though again, because it is a larger molecule, it doesn't penetrate as deeply into the skin as its other acid counterparts. And that makes it notably more gentler, with the potential for unsightly side effects such as redness and flaking greatly decreased.

Hydrates the skin: Those extra hydroxyl groups are what make gluconolactone a humectant, an ingredient that hydrates by attracting water to the skin (other common humectants include hyaluronic acid and glycerin): “AHAs don’t have this water-loving capacity, which is another factor that makes gluconolactone much gentler. It simultaneously exfoliates and hydrates," says Gohara. "So someone who may not be able to tolerate AHAs could likely use gluconolactone without experiencing any irritation," she adds.

Offers antioxidant properties: While it may not be a traditional antioxidant in the same way as vitamin C or vitamin E, there is some evidence that gluconolactone can neutralize free radicals to combat UV damage, Farber says. Gohara attributes this to its chelating properties, which allow it to bind to skin-damaging free radicals caused by exposure to things such as sun and pollution.

May have antimicrobial properties: While the jury is still out on this one, there are some thoughts that gluconolactone may be antimicrobial, which would make it a good option for the treatment of acne, notes Carqueville.

Side Effects of Gluconolactone

“Gluconolactone is considered to be safe for most skin types, including sensitive skin,” says Carquveille. “Though as with any topical acid, you want to be extra cautious if you have a condition where the skin is compromised, such as rosacea or atopic dermatitis,” she adds. And yes, because it is still an acid, redness and dryness are always possible, points out Gohara. Though again, the odds of this are probably less likely than with other acids, such as glycolic or salicylic.

This largely depends on what type of product you're using and what other ingredients you're using. Moisturizing products can be used as often as twice a day, says Farber, applied on clean skin. If you’re using more of an exfoliating product—such as a peel or serum—she suggests using it just a few times per week. And while gluconolactone does work synergistically with other acids and retinoids, Gohara recommends separating them if your skin is sensitive. In other words, use them on alternate days, or use a gluconolactone product in the morning and a different acid and/or retinoid at bedtime. Either way, it's a great idea to pair any product with gluconolactone with an extra layer of a plain moisturizer: "Because gluconolactone is a humectant, it will pull the water from the moisturizer into your skin for an extra hit of hydration," points out Carqueville.

The Best Products With Gluconolactone 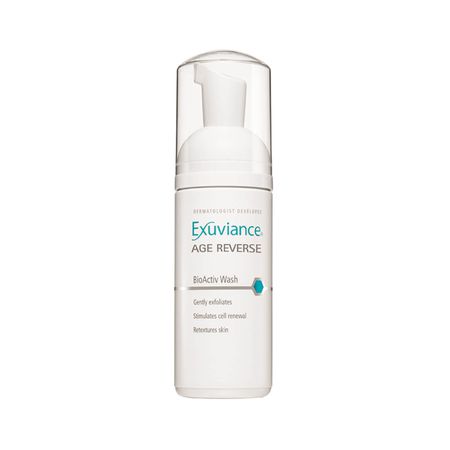 This soap-free cleanser is gentle enough to use twice daily (and it also foams nicely). Thanks to a PHA blend—including both gluconolactone and maltobionic acid—it promises to lightly exfoliate, too, leaving your skin clean, smooth, and perfectly prepped for any products you're going to use afterwards. 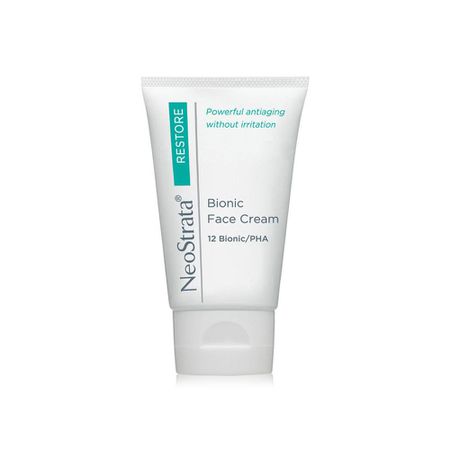 A fan-favorite among derms, this contains a 12 percent PHA blend, combining gluconolactone and lactobionic acid. It's one of Farber's go-to gentle moisturizers, and is an especially great pick for sensitive skin types or to use after procedures such as peels or laser treatments. 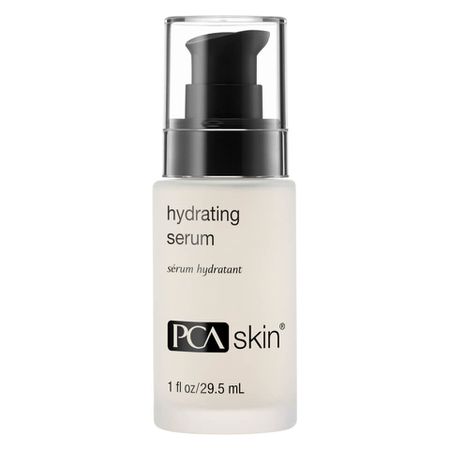 "This serum is great both for moisturizing and reducing inflammation," says Farber. Credit gluconolactone, along with two other effective humectants, glycerin and sodium hyaluronate. Use it morning and night, after cleansing, before moisturizer. 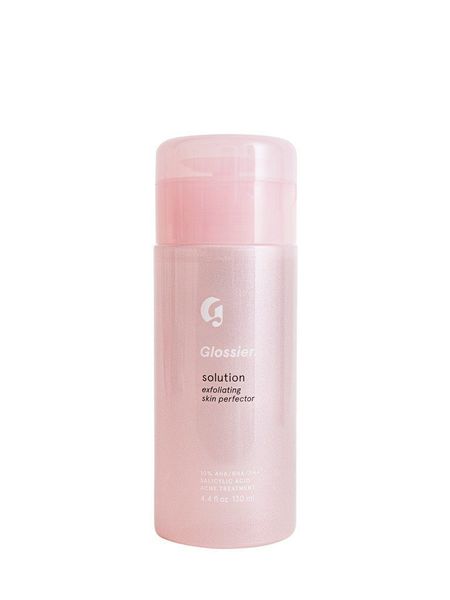 Farber is a fan of this one, a leave-on exfoliant that uses gluconolactone to balance out the AHAs and BHAs it contains (glycolic, lactic, and salicyclic acids) and make it a more gentle formulation, she says. Case in point: This is meant to be used daily to help brighten dull skin, fade dark spots, and even combat blackheads and clogged pores. 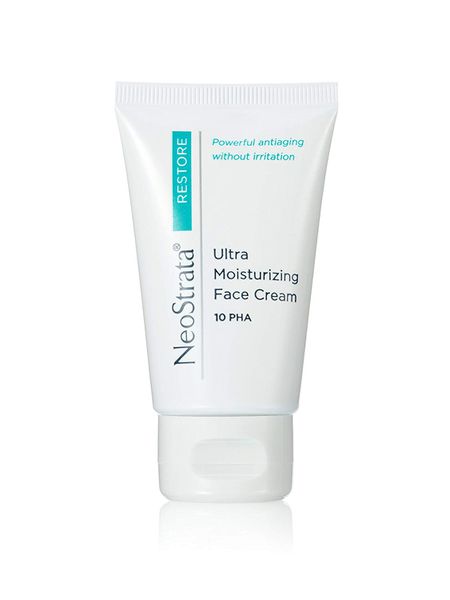 With 10% gluconolactone this, "helps to exfoliate the millions of dead skin cells we lose every day, but does so gently, while hydrating at the same time," says Gohara of one of her go-tos. Also nice: It's non-comedogenic, so there's no need to stress about clogged pores, and fragrance-free. 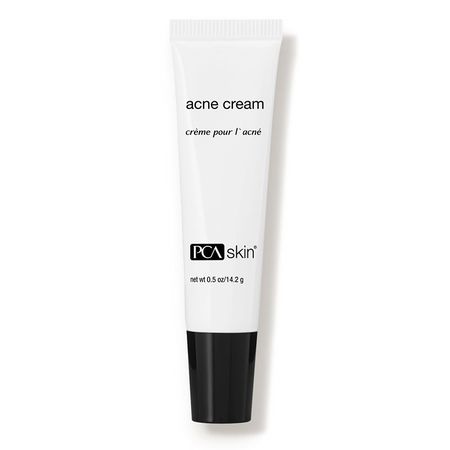 Exfoliating can be tricky when you're battling acne. It's an important step, but the margin for error is small—overdo it and you can end up exacerbating breakouts and creating more redness and inflammation. Enter this treatment option, one of Gohara's favorites. Antibacterial benzoyl peroxide is meant to zap zits, while gluconolactone is meant to gently exfoliate without causing irritation. 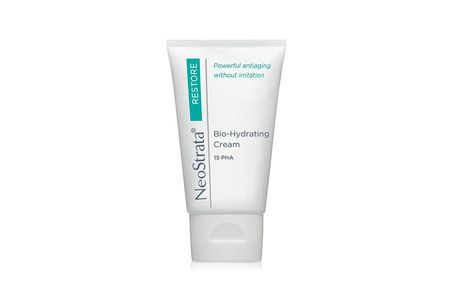 "This is both moisturizing and lightly exfoliating, and is well-tolerated by even those with sensitive skin," says Carqueville. Credit 15% gluconolactone, coupled with hydrating vitamin E.

FAQ
A Dermatologist Breaks Down the Best Acids to Use in Every Decade of Your Life
Article Sources
Byrdie takes every opportunity to use high-quality sources, including peer-reviewed studies, to support the facts within our articles. Read our editorial guidelines to learn more about how we keep our content accurate, reliable and trustworthy.