This New Watermelon K-Beauty Product Just Made Its Sephora Debut

For those of you who aren't familiar with Glow Recipe, it's an online K-beauty destination that curates the best products for international sale. (So thank you, Glow Recipe, for giving us access to innovative Korean products and brands that we otherwise wouldn't have.)

Last May, the retailer switched things up by introducing its own namesake skincare products to the mix. There was the Blueberry Bounce Gentle Cleanser($34) and the Watermelon Glow Sleeping Mask($45). Both were formulated by the brand's founders, Sarah Lee and Christine Chang, with traditional Korean skincare ingredients and practices in mind. Since then, these products have gone viral—especially the latter since it's hydrating, refreshing, and gentle. (Take a scroll through Instagram, and you're sure to see it on a beauty blogger's vanity.)

Now, Glow Recipe is expanding its namesake offerings even more. The brand just released a watermelon moisturizer. It went up for pre-sale last week and completely sold out within only two hours (so yes, you could say that it was a buzzy launch). Today, it made its official Sephora debut. 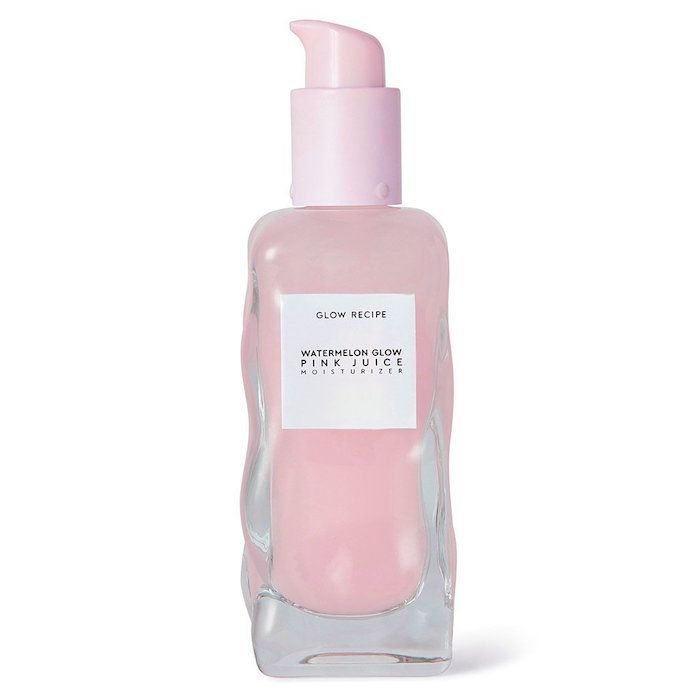 As you can see, the packaging looks super similar to the sleeping mask, since it's a chic glass bottle that houses a Millennial Pink formula. Even though it just made its Sephora debut, we're guessing it will be just as popular. It all goes back to the huge demand for the sleeping mask, which customer's loved for its ultra-hydrating and gentle formula. This moisturizer has the same exact qualities, including the fact that it's also infused with watermelon. In fact, 90% of the formula is derived from the antioxidant-rich fruit for optimal potency and efficacy.

It's meant to be used both morning and night, after cleansing and toning, like you'd use any other moisturizer. The antioxidants will guard against free radicals while the watermelon will drench your skin with moisture. It's formulated to give that glowy and bouncy skin that Korean girls are famous for, and who doesn't want that? We can't wait to try it and see more from Glow Recipe's namesake brand.