In case you thought you were going to save any money this week, I apologize for dropping the following news: Glow Recipe just launched two brand-new products in their Avocado Melt line. And they're not just any products—no, they’re two new retinol products. The brand gave Byrdie all the exclusive details about their new Avocado Melt Retinol Sleeping Mask and Avocado Melt Retinol Eye Sleeping Mask , as well as very generously allowed me to test the products for a few weeks before the official announcement. Like all Glow Recipe products, they’re housed in extremely Instagrammable packaging— similar to the original Avocado Melt Sleeping Mask, except with a darker-green formula inside. The Retinol Eye Sleeping Mask is especially adorable, because it just looks like a mini-sized version of the sleeping mask—and mini-anything just better, always. But let’s get into the nitty-gritty, shall we?

First things first: Sarah Lee and Christine Chang, co-founders of Glow Recipe, told me that these products aren’t just your average retinol products. Firstly, they’re made with something called encapsulated retinol, which is, well, sort of exactly what it sounds like. “Encapsulated retinol is a delivery system wherein retinol is enveloped in a protective crystalline shell,” explains dermatologist Dr. Meghan Feeley. “Encapsulation increases the stability of the retinol, enhancing its efficacy while mitigating potential side effects, such as irritation.”

Lee and Chang both also promise that the encapsulation delivery system is especially beneficial for the eye area, which can be prone to milia (those pesky little white bumps that spring up from when keratin gets trapped beneath the skin) and dark circles. “Retinol is a powerful ingredient, so it was important to us that it be delivered in a gentle way to the eye area with minimal irritation or sensitivity,” says Chang. “We created a technology called Avo Moisture Shield that preserves the skin barrier around the eye area to guard from external environmental factors, so that the benefits of the treatment is effective for up to three washes.” The Avocado Eye Sleeping Mask is also chock-full of other brightening, hydrating ingredients, like niacinamide, hyaluronic acid, and something intriguingly-named coffeeberry, which Chang says is a “a powerful antioxidant infused with caffeine that helps awaken and protect the eye area.” 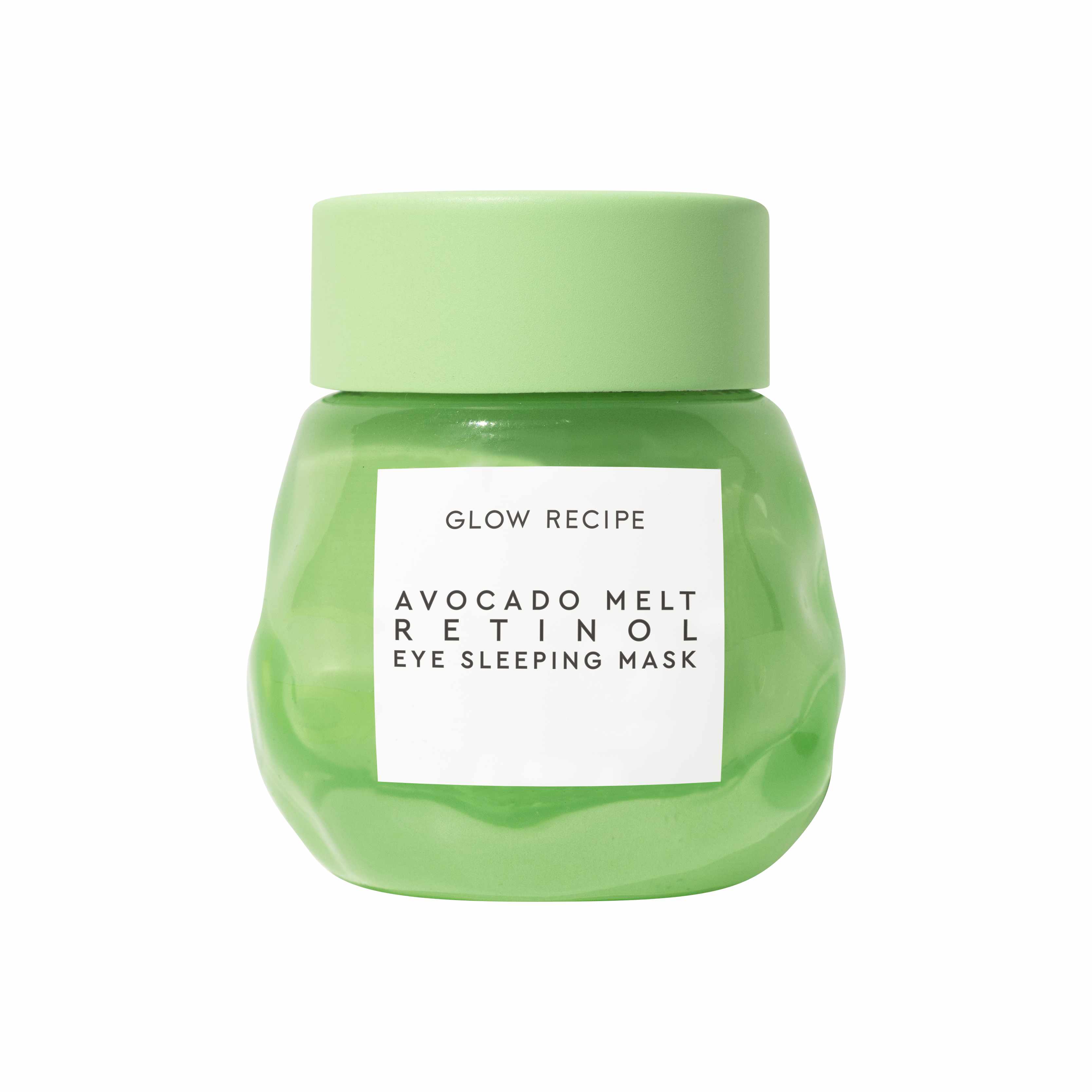 The Avocado Melt Retinol Sleeping Mask also contains encapsulated retinol, along with PHAs, which exfoliate while also hydrating the surface of the skin, and matcha, which soothes the skin and is full of free radical-fighting antioxidants. “The combination of the gentle, encapsulated retinol with additional calming and soothing ingredients makes it a game-changer for all skin types,” promises Lee.

I’ve been testing the formulas over the past few weeks and have noticed a subtle difference in the texture of my skin—it does look slightly smoother and brighter after using the sleeping mask, but not as much of a drastic difference as I’ve noticed with, say, an overnight peel. (This means the mask would probably be great for anyone with more sensitive skin, where a stronger product might be too irritating.) I noticed more of a difference after using the mask a few days in a row, but did notice a bit of peeling and flaking around my lip area; I actually don’t mind when this happens, because it makes me feel like the retinol is really working, and I just make sure to layer up on my hydrating essences later that night. The Retinol Eye Sleeping Mask has become a new favorite in my skincare regimen, however. I love the cute little jar (the only annoying thing is the shape—because my nails are longer, a lot of it ends up getting under my fingernails), and the creamy texture. It glides on oh-so-smoothly, then starts to sink in after a few minutes. The next morning, I swear my eye wrinkles look less pronounced and my general eye area just looks smoother and less puffy. Like other Glow Recipe products, these two new launches are nice to look at, fun to use, and full of good ingredients. Like I said—apologies in advance to your wallet.