Glossier's New Mascara Is Here, and It's the Least Clumpy We've Ever Tried

Few brands can cause as much a stir at the news of a new product drop as Glossier. You'll no doubt remember the frenzy caused by the launch of Lidstar (£15), the brand's shimmering cream eye shadows that went on sale late last year—and which, by the way, are quite possibly some of the greatest things to ever grace my eyelids.

But now, prepare for the next Millennial Pink product set to liberally pepper your Instagram feed: Lash Slick (£14), Glossier's answer to mascara.

We had to keep schtum until now, but over the past week, both Editorial Director Amy Lawrenson and I have been putting the mascara to the test. So, before you invest, let us fill you in on everything you need to know first. 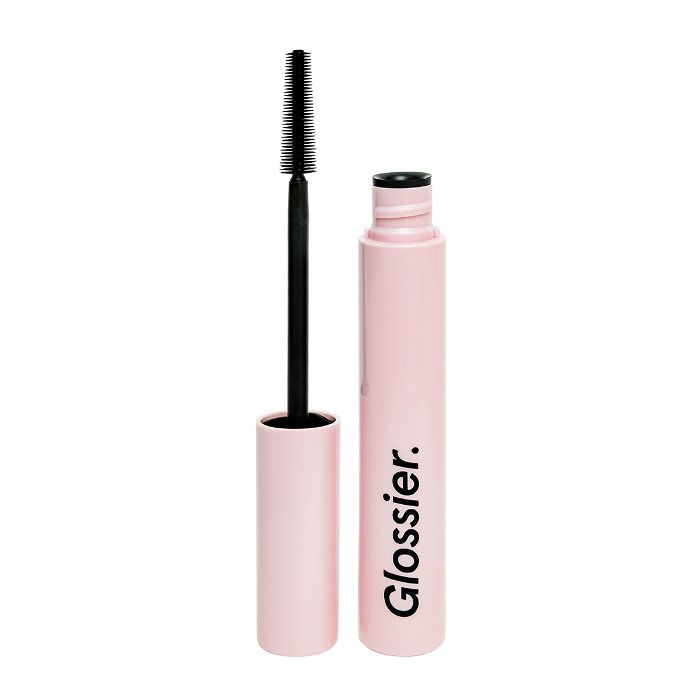 Now, this probably isn't the mascara for you if you're looking for something that practically cakes your lashes in product. No, the effect is far subtler than that, a whisper rather than a bellow. In keeping with the rest of Glossier's wares, it's intended to make minor tweaks to what you've got, not transform it into something different entirely, so it's brilliant if you're after a more natural look. For me, it's the mascara I'll reach for when I want just a little something-something to perk up my face.

The brush is fairly small and compact, with only short bristles. While it didn't give me the oomph I usually look for from my mascara, I can confirm that it is nigh on impossible for clumps to form under the jurisdiction of this brush. I'm really into just how feathery it makes lashes look, and Amy agrees. "The small brush is great for getting in and coating every lash with real precision, so you can fan them out with zero chance of clumping," she says.

The formula itself took 248 iterations before the team was happy with it, meaning there's plenty of technology at play. The 1mm and 2mm fibres clamp onto the end of the lashes to add extra length while vegan biotin both conditions and strengthens, so lashes feel softer yet stronger over time. And finally, it contains extra-shiny polymers that give lashes a flattering layer of gloss that I can most definitely vouch for.

Amy can already see this Lash Slick fitting into her mascara wardrobe. "For me, this mascara is probably best suited to Sundays when I don't want to look like I'm wearing makeup," she told me. "I am lucky enough to say I have pretty good lashes that can take (and need) a lot of mascara and I like that look. My go-tos are things like Benefit Bad Gal (£20) and Charlotte Tilbury Legendary Lashes (£25). If you have shorter, finer lashes and find a lot of mascaras too much, then this will be great."

What I found particularly impressive was that there didn't seem to be any irritating smudging across the eyelids or underneath the lower lashes. The formula is so lightweight it dries fairly quickly, and as it water-resistant (not waterproof), it takes little more than warm water and a gentle cleanser to remove it.

In short, if you have shorter, sparser lashes, or simply find it impossible to apply mascara without turning your fan of lashes into three thick spikes, I have a strong feeling you're going to find solace in this mascara.

Glossier Lash Slick (£14) is available to buy now at Glossier.com.