Why Ghosting May Have Been Good for My Mental Health

It's controversial, but there's an upside. 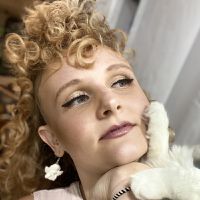 This is about a few personal, anecdotal experiences and should not substitute medical advice. If you're having health concerns of any kind, we urge you to speak to a healthcare professional.

We agreed to meet up for a coffee date. I met her on a dating app and asked her out after a day or two of chatting—she seemed sweet and confident, and I liked her long hair. She agreed to the date enthusiastically, but the day before we were supposed to meet, I was left on read:

Hey, are we still good to meet tomorrow at 11?

The radio silence made me wonder if my date would be a no-show. I went the next morning anyway. Still, just in case, I brought my computer. I ordered a coffee without waiting and settled into some work. When I looked up from my screen, I was surprised an hour, or two had already passed. I checked my phone...nothing.

It was my first time being stood up. I looked around the cafe. Shouldn’t I be more upset about this? I wondered. I figured maybe there was an emergency, or she overslept. But I never heard from her. I was ghosted.

Ghosting gets a bad wrap but it’s extremely common. One 2019 study of 1,782 adult participants found that over 30% of respondents admit to ghosting. Often called immature, rude, manipulative, or even a “cowardly act,” some may say ghosting actually makes a lot of sense.

We live in a society that punishes honesty: Ever told someone you weren’t feeling the spark and they turned around and called you a b*tch? Have you ever been told that if a boy hits a girl on the playground, he has a crush and fears rejection? Ever thought your life was over when someone didn’t reciprocate your feelings? Given all these mixed messages on love, relationships, and “healthy” connection, ghosting seems a logical outcome.

In reality, ghosting is a tool made to adapt to our existing social world. And in many cases, ghosting can be an important tool for your mental health. For many, ghosting means finally having the ability to move on from an ex, make new boundaries with family members, and prune toxic people from their lives. “Ghosting can be a protection for people’s mental health,” says Michaelson. “If they’re not in a happy relationship, say a controlling relationship or a gaslight[ing] relationship, they may fear what the manipulator may do. Ghosting can give [people] a clean break.”

Still, Dana Myers, LCSW, says that it's important to distinguish the fine line between ghosting as a coping tool or to end an unhealthy relationship. "There's a difference between ghosting because of an abusive relationship or one where one does not feel safe physically, mentally, or emotionally," she says. "Versus ghosting as a way to avoid an uncomfortable conversation." Myers says that while ghosting, in some cases, may protect one's mental health, you should consider your intention if you're the ghoster. "You can ask yourself: Am I doing this to protect my mental or physical safety, or am I doing this to avoid discomfort?" she says.

Though the pros of ghosting may outweigh out the cons in some cases for some people, Myers says to be aware of patterns that can lead to chronic ghosting. "For example, does it impact a person's ability to communicate honestly or assertively, or is there a pattern of avoidance?" All things worth considering.

Often ghosting is just a tool— neither wholly good nor bad— for people to move on, take care of themselves, meet their needs, and bounce back into a better mental space.

Mack, 21, has experienced being both the ghosted and ghostee— and still thinks the practice can be good for their mental health. “I ghosted someone when I was going through a hard time dealing with housing problems, and my anxiety was at its peak. He seemed ok enough over text, but I was carrying the whole conversation and got sick of it.” When Mack unadded him, it was like a weight lifted from their shoulders. “I felt good.” Usually, Mack only ghosts if they know if the potential relationship will not be suitable for them and that disclosing their feelings will only lead to an unproductive conflict.

For Ash, a 20-something living in New England, ghosting is scary and a significant relief. Ash’s relationship was a constant “cycle of anger and misunderstanding that no one had the emotional capacity to untangle.” For Ash, ghosting was the best choice because it allowed them to deal with their own problems, rather than be in a constant back-and-forth partnership. Still, Ash does think ghosting can be awful. “But just like other awful things, it’s symptomatic of a social system that doesn’t give us the space to heal and communicate. Given a perfect world, I wouldn’t ghost,” they say.

Often ghosting is just a tool— neither wholly good nor bad— for people to move on and take care of themselves. Sure, it hurts to be stood up at a coffee shop or have your genuine bids for connection be met with silence, but it’s also an opportunity to check in with your ego. Was I pushy? Were we not communicating well? How would I have honestly responded to rejection? It may have nothing to do with you at all, but take ghosting as a learning experience and practice moving on. Rejection is normal, and so is moving through it.

My Relationship Looks Straight, But It's Very Queer