Have We Reached Peak Yoga? We Spoke to a Leading Teacher to Find Out

Why Has Yoga Gotten Popular? Does Yoga Have More of an Emphasis on fitness in the West? Will We Start Seeing More People Interested in Yoga's Spiritual Roots?
What Does the Future of Yoga Look Like? So It's Not All About the Poses… What Will You Be Teaching the New Wave of Yoga Teachers?

Whether you're scrolling through your social feeds, making space for yoga mat carriers on the train or booking a weeklong yoga retreat, it's pretty obvious we can't get enough of yoga's teachings.

Nowadays, it's not about who does yoga. The question is, who doesn't? For good reason, too, as the practice has a wealth of benefits that keep people coming back. There's always a new yoga studio opening, a yoga class being added to a gym roster and new Instagram yogis popping up.

Yoga has clearly stood the test of time, and it continues to gain in popularity. But it's worth asking where the future of yoga is headed. And while it makes sense that much of the emphasis on yoga in the West is based on fitness and the positions, are we losing its original teachings?

We spoke with Ambra Vallo, a yoga instructor at Aston Villa, FC. and lead teacher at the Indaba School of Yoga, to find out why yoga has taken over and where it's headed next.

Why Has Yoga Gotten Popular?

"People tend to start yoga for the health benefits," Vallo says. "I started yoga because it was improving my performance. I used to be a principal ballet dancer, and when I started doing yoga, I really improved."

And while people may give yoga a try because it's so popular, they generally wind up sticking with it, she explains: "They start to see the physical and mental benefits of the practice, which they don't always realize at first. It's these benefits that keep people coming back."

Does Yoga Have More of an Emphasis on fitness in the West?

Stepping into a yoga class as a beginner can be daunting. We're bombarded with images of super-flexible yogis and told tales of how the practice can get you into the best shape of your life. What we hear less of, however, is the spiritual side of yoga.

"I do think we've lost some of the real meaning of yoga, which is all about union and having union with the divine," Vallo tells me. "I teach different styles, so even if there's not much spiritual talk in some of them, I always introduce some passages from the Bhagavad Gita, the Yoga Sutras of Patanjali or the Hatha Yoga Pradipika to drop a seed in my students' minds, which gets them wanting to find out more."

You're just as likely to hear a conversation about moon rituals, crystals or meditation on your morning commute as last night's TV. We're becoming much more open to talking about spirituality, so it'll be interesting to see if people will be seeking this out more in the styles of yoga that they practice.

"I've had students who've been scared to do a mantra or even an 'om' in the beginning," Vallo tells me. The people who come to the studio are coming for different reasons, and for some of them, it's to improve their performance. Others come for meditation or concentration techniques. The more interested they get in yoga, the more they'll start getting deeper into it."

"If someone only comes for the physical part, that's great," she adds. "If they want to come for the spiritual side, that's also great, but one isn't better than the other. The goal, in the end, is for us to take the time to realize who we really are. So even if people come in and say they want to do yoga to improve their posture, once they improve, they'll be able to breathe better. Then they might have fewer health issues and even start to think better."

All that said, Vallo believes people will start signing up for yoga classes that incorporate a bit of both. She teaches hatha yoga, which she describes as a type of dharma yoga that's an incredibly complete practice. "We start with chanting; then there's pranayama, kriyas, asana, spiritual talk, deep relaxation, meditation and sometimes yoga Nidra," she says.

It's also important to note that everyone will be drawn to different styles of yoga, so it's worth testing a few out first. "They all speak about the same things, as in the end, everything is yoga," Vallo explains. "They all go back to the same points of having a connection to the spirit and self-realization."

So It's Not All About the Poses…

We all love a good self-help book, and many of us are also working with life coaches and other practitioners for guidance these days. Vallo explains that yoga doesn't start and finish in classes—it can extend way beyond that, so we might start seeing more people looking to its teachings in their everyday lives.

"If you're starting on the eight steps of yoga, asana is a small part of it. I've had people start with meditation and then they did the asana afterward. I know a lot of people who are yogis but don't actually come to the yoga studio to do yoga. They embody it in their behaviors and the way they're acting," says Vallo.

"Yoga is not on the mat—it's in life," she continues. "Yoga is how you react on the phone; it's how you are with your partner or in a traffic jam. When you start on the mat, there's more awareness. Even if you start with the physical part, you'll slowly get more interested in the subtleties that give the most benefits."

What Will You Be Teaching the New Wave of Yoga Teachers?

With the practice at an all-time high, yoga and its teachers continue to evolve and adapt, so Vallo explains what you can expect to see more of in your future yoga classes.

"The Indaba teacher training is going to be Hatha raja yoga, which is a traditional style mainly focused on the eight limbs of the Patanjali Ashtanga system," Vello says. "The Hatha part will be understanding the mastery of the body, and the raja section will be the inner quest and the mastery of the mind. So what we're mainly going to do is honor the traditional lineage and study the main texts, but we're also keeping up with modern advancements and refinements in the asana techniques."

Wellness trends may come and go, but it's evident that yoga is here to stay. From its original teachings to the modern interpretations, the benefits that it extols show it'll only continue to grow and adapt as time goes on.

Packing your kit to head to a class? Keep scrolling to shop our favorite yoga accessories. 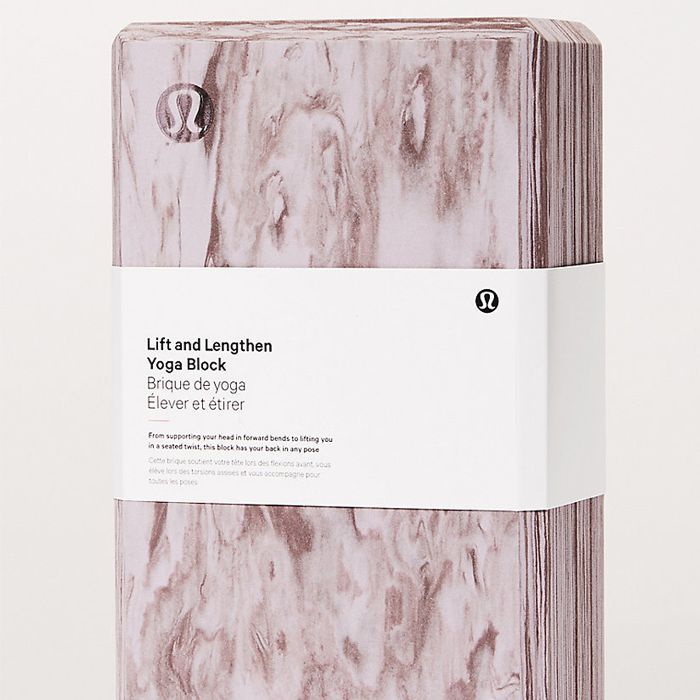 Consider this your ally for supporting you through all of your poses. 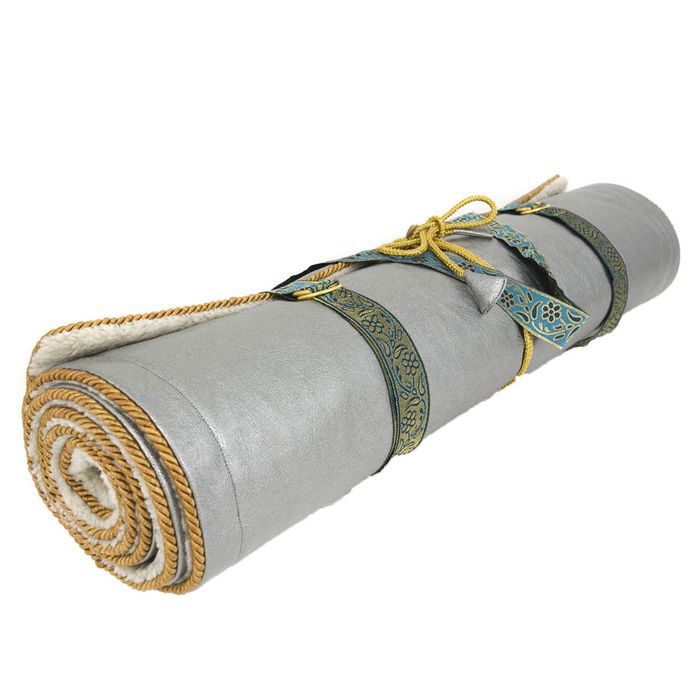 This savasana-ready mat is as luxe as it gets. It's even filled with dried lavender and a fleece surface. 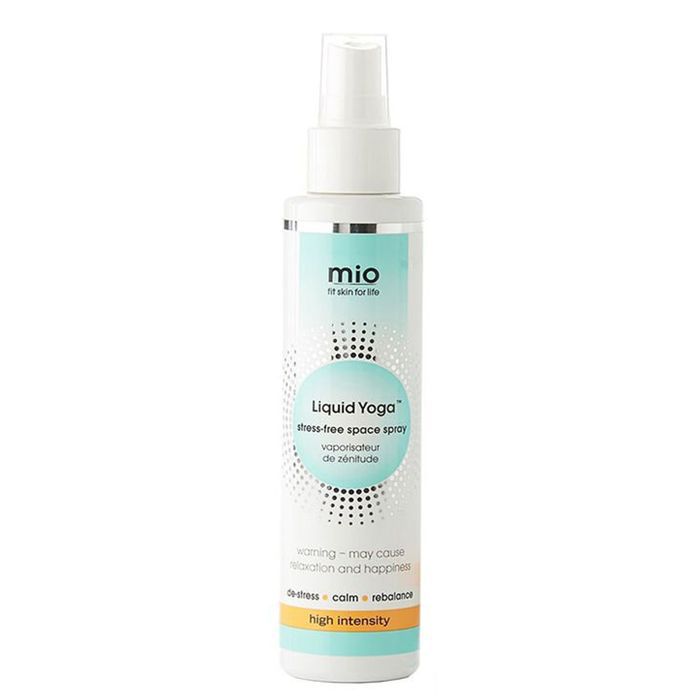 Deepen your practice with this de-stressing blend of lemon, lavender, cypress, and chamomile. It will give you some headspace even in the busiest classes.

If you're ready to take the next step in your yoga journey, find out more about Indaba School of Yoga's teaching training here.