We're Calling It: The New Foreo UFO Is a Game Changer

As an avid sheet mask fan, I was especially intrigued when the initial email detailing the Foreo UFO device pinged in my inbox a few months ago. While the specifics were vague, the fact that it was described as "the world’s first smart mask treatment to offer spa-level facial treatments in just 90 seconds, combining LED light therapy with cyro-therapy, thermo-therapy and T-Sonic pulsations" certainly had my attention (FYI, LED light therapy is my form of meditation).

Fast forward a few months, and I finally have one in my hot little hands. To clarify, Foreo is a brand that specializes in professional-grade, beauty-related technology. You might be familiar with its best-seller, the Luna 2 cleansing device; a silicone dome that pulsates so that your cleanser or serum work more effectively.

The UFO—which stands for Ur Future Obsession—is Foreo's latest launch that basically combines sheet masking with LED light therapy, as well as thermal activity and pulsations (you can watch a short video here). The hype on the internet has been real, so naturally, I was dying to give it a go.

If you're interested in how it went down, just keep scrolling. 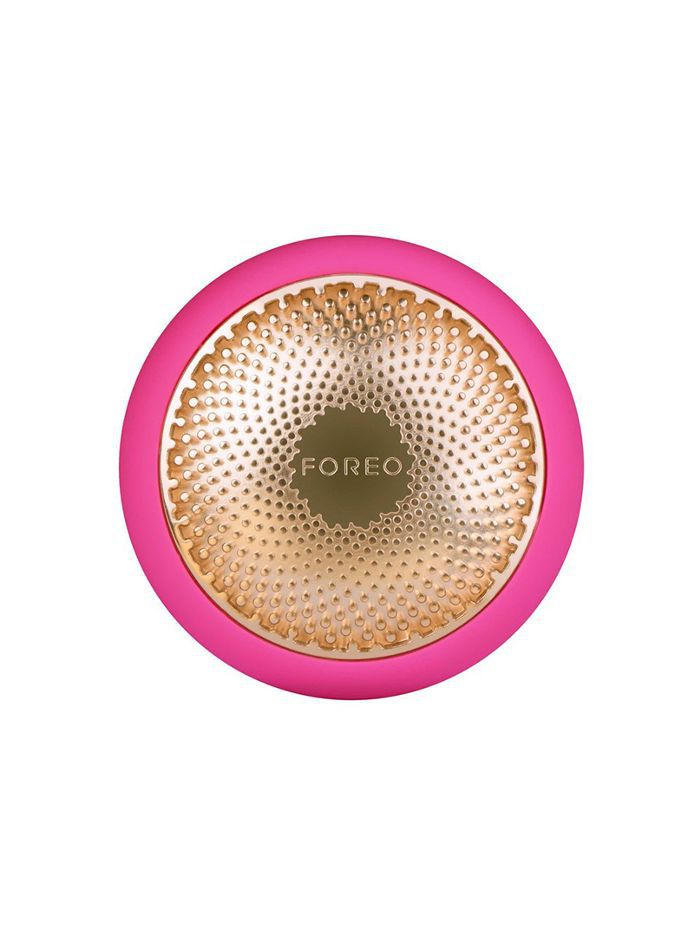 I'll admit I was very confused when I first had a look. Because it's not readily available in Australia just yet (it launches early April) there are only a few samples floating around, so the one I was road-testing was without packaging and instructions. But, a quick YouTube tutorial had me feeling about 90 percent confident I was doing it correctly. I'll pop some photos below for reference, but you basically place the circular, made-to-fit sheet mask (sold both with the device and separately) under the plastic ring before securing it back on. You then hit the "on" button (once for the A.M. function, and twice for P.M.), and away you go.

The first few seconds were quiet, and I moved it around my face in circular motions feeling extremely unconfident, but a slow-building warmth and eventual red (for calming inflammation) and then green (for anti-aging) LED light convinced me I had it sorted. Next up came the pulsing. It buzzed around my face, pushing the hyaluronic serum from the sheet mask into my skin. I kept moving it around until the 90-second cycle eventually came to an end. The serum from the mask had pretty much absorbed entirely, and my face was plump, glossy, and slightly pink (in the best possible way). When I woke up the next morning, the clarity was even more pronounced—I was into it.

At the current time, there are two masks available (one for day, one for night), but in the coming months, there will be an additional five. Following the launch of these, you'll be able to download an app on your smartphone that activates a cooling function, as well as blue LED light therapy too (at the current time, only the heating option, red, and green LED light functions are pre-installed onto the device's regular programming). FYI, blue LED light kills acne-causing bacteria on the skin.

It retails at $395 AUD, but considering the results are comparable to an in-salon facial, I think it's worth it. Also, the 90-second time-frame means it's actually doable. My final thoughts are that skincare junkies everywhere are going to be low-key obsessed with this (I already am).