10 Foods That Are Proven Natural Aphrodisiacs, According to Nutritionists

Medically reviewed by Maryann Walsh, MFN, RD, CDE
Maryann Walsh, MFN, RD, CDE is a is a registered dietitian based in Palm Beach, Florida. She completed her Master of Food and Nutrition and Dietetic Internship at Bowling Green State University.
ABOUT BYRDIE'S BEAUTY & WELLNESS BOARD
Registered Dietitian
Fact checked by
Anna Harris
Fact checked by Anna Harris
Anna Harris is an experienced fact-checker and researcher and a beauty writer and editor.
LEARN ABOUT BYRDIE'S EDITORIAL GUIDELINES

It's alluring to think that a bite of something gooey and delicious will instantly lift your libido, but is there science to back up the claim? The answer isn't so simple, as it rarely is when it comes to true holistic wellness.

The bottom line is, foods that are proven aphrodisiacs are part of a diet that contributes to healthy blood circulation, can help balance hormones, and enhance vitality, all necessary to increase libido. The energy held within food, its cultural legacy and ritualistic associations, and a food's scent, texture, shape, and color can all trigger arousal—bearing in mind that the brain is the body's largest and most potent sexual organ.

Still, sensual morsels are fun to enjoy, either alone or with a partner for their folklore. Ahead, two nutrition experts weigh in on 10 foods that are proven natural aphrodisiacs, with superfood nutrients that pack a punch. 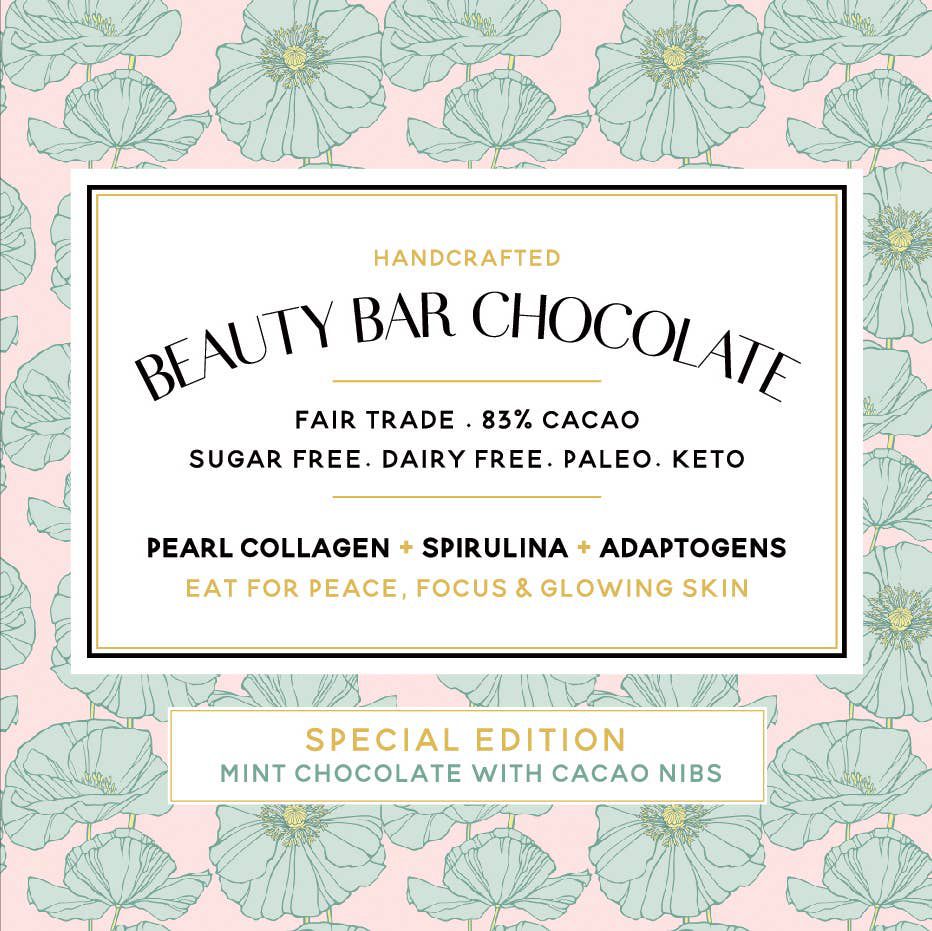 In ancient Mesoamerica, the Maya and Aztecs believed cacao was food of the gods, and used it in rituals for its purported connection to blood rites. Montezuma, the Aztec emperor known as a great conqueror, used chocolate to "fuel his romantic trysts," according to a New York Times article. The article also notes that the Aztecs may have been the first on record to establish chocolate as an aphrodisiac, linking it with sexual power and enhanced libido.

These days, the science behind the claim comes mainly from a 2006 study published in the Journal of Sexual Medicine, which looked to establish chocolate as an aphrodisiac. The results of the study, conducted on women in Northern Italy, confirmed a link between daily chocolate consumption and increased sexual desire. It's worth noting that other factors like age may have impacted these results. However, chocolate contains two chemicals that are involved in sexual arousal: the first is tryptophan, a building block of serotonin, known to enhance pleasure. The other is phenylethylamine, a stimulant related to amphetamine, which is released by the brain when people fall in love.

The natural chemical composition isn't the only arousal factor when it comes to chocolate. Candice Puthawala, founder of Beauty Bar Chocolate, says she created her line of sugar-free, dairy-free, keto and paleo chocolate with the added benefits of adaptogens, or super-herbs, known to balance hormones. But for Puthawala, the psychological allure of chocolate, which carries such a deep and sensual history, adds to its pleasure principle. "I find that taking a moment to unwrap rich, wholesome, dark chocolate is a way to enjoy the beauty in life," she says. "My favorite way to consume is taking a square of chocolate and enjoying it with my eyes closed while taking deep breaths in and out." 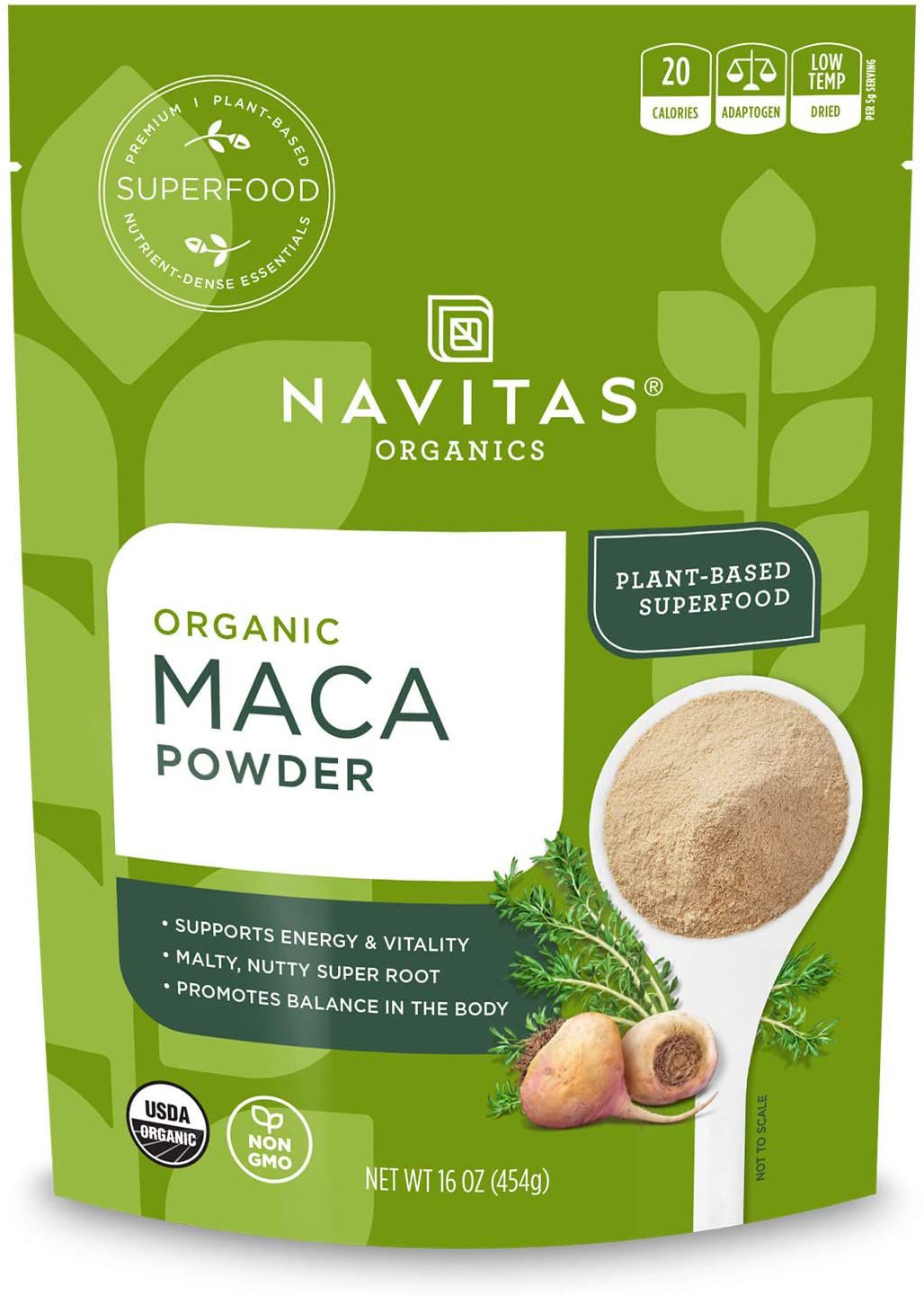 When it comes to superfoods, maca, a plant native to the high elevations of the Peruvian mountains, is best known as a powerhouse powder, offering a non-jittery energy boost. But maca is also a proven aphrodisiac, and has been for centuries. "Energetically, maca is thought to help balance the solar plexus chakra, which rules confidence and personal power as well as the sacral chakra, which rules sexuality and creative energy," says Poon. She also points to two studies that indicate maca's efficacy as a sexual enhancer. "Maca has been used by Peruvian people for thousands of years for energy and fertility," she says, noting a 2012 study published by the National Institutes for Health (NIH). The same study suggests maca can increase sperm count, and positively affect its motility.

Another NIH study confirmed the efficacy of maca as a male enhancement superfood, helpful in raising the libido of men with low testosterone. Poon suggests mixing a "bit of high-quality, organic maca powder in a latte with warmed homemade nut milk, turmeric, and cinnamon for enhanced sexual vitality." 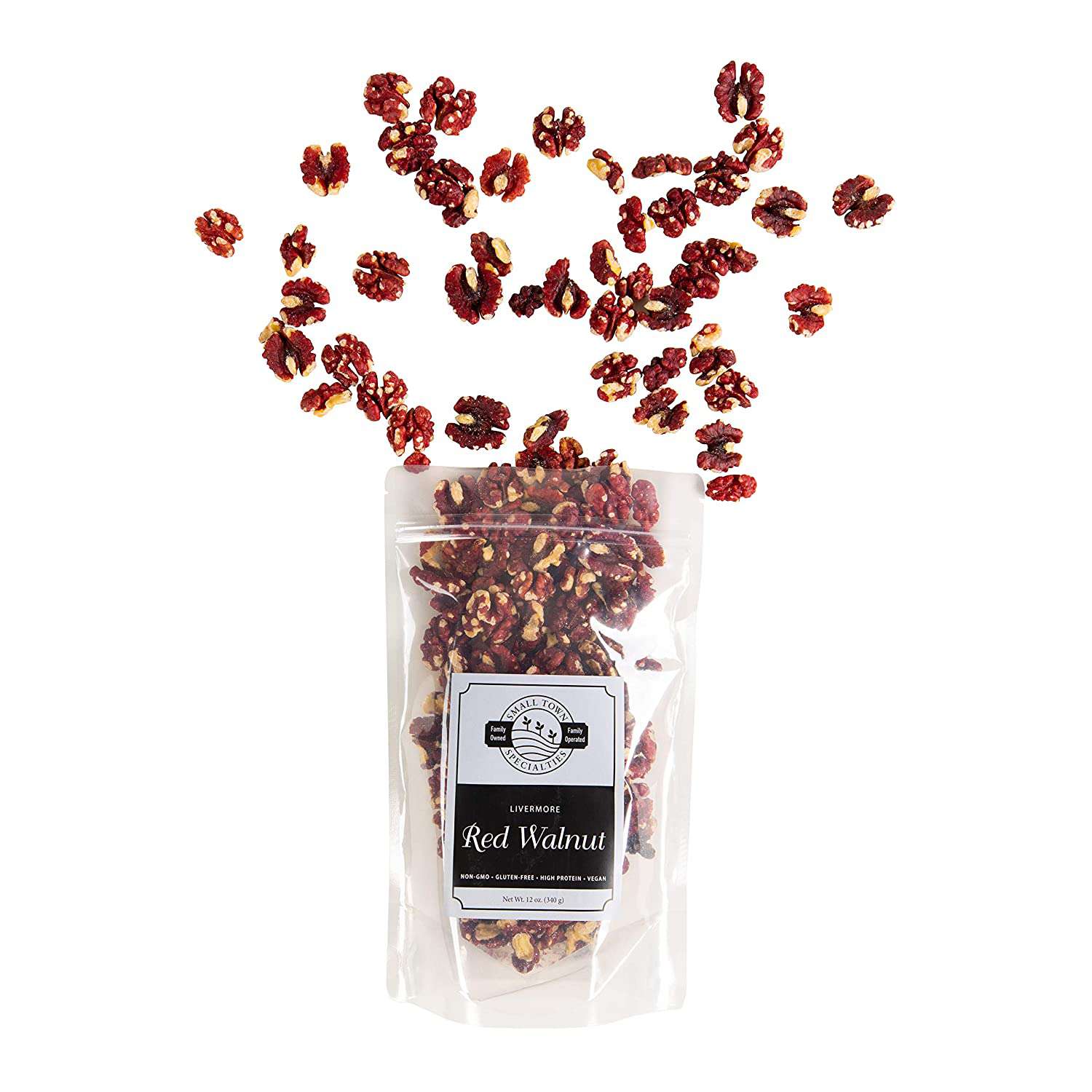 Scientists have also found that walnuts can "improve erectile dysfunction," notes Richards, who adds that it's best to consume "60 grams or more per day," (that's about two large hand fulls) for optimal performance. Livermore walnuts, also known as blood walnuts for their striking scarlet color, are specialty nuts, meant to be enjoyed as delicacies for their dark red meat. This showpiece nut is a true multi-sensory experience.

Millennials may be credited with the avocado toast trend, but the fruit has been popular since at least 500 BC. "The Aztecs called them ahuacatl, which some say translates into the word testicle," says Poon. "Though this name is likely attributed to the avocado’s shape and growing patterns, avocados do offer fertility enhancing benefits. Half of an avocado contains about 10% of our daily recommended vitamin E dosage, and vitamin E has been shown to support fertility in both men and women." She adds that avocados are also rich in B vitamins, which can aide in energy and vitality.

"One of the most unlikely ways to make avocado fun is by adding another aphrodisiac, cacao," says chef Lynnette Astaire, founder of Superfood School. "It’s amazing how a food can change when you add different ingredients." Full of good fat and fiber, the avocado’s flavor is mild enough to take on a variety of flavors, so get creative. "This mousse comes pretty close to the dairy version as long as it’s served super cold." See the full recipe here. 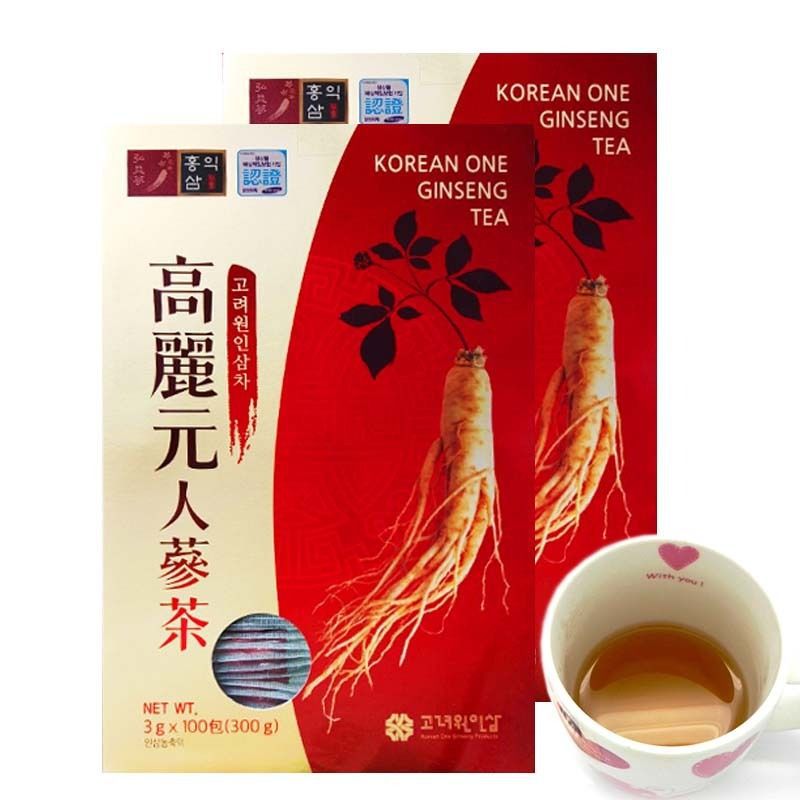 Emperor Shen-Nung, known as the father of Chinese medicine, purportedly used ginseng as an aphrodisiac to stimulate sexual appetite and manage erectile dysfunction. Poon, pointing to an NIH report, says, "ginseng is thought to have been discovered more than 5,000 years ago, and has been used in traditional Chinese medicine to increase libido ever since."

Rather than affecting hormones, because of its ginsenoside components, ginseng affects the central nervous system and gonadal tissues directly, and can help in the the vasodilatation and relaxation process. "An NIH study has demonstrated that ginseng is scientifically proven to be effective at increasing libido and performance, likely due to its role in helping the body create nitric oxide," explains Poon. Energetically speaking, "ginseng supports balance in the root chakra, and red ginseng in particular supports vitality and strength." You can ingest it in root form to shave and make in soup, or enjoy it in hot tea.

For centuries across cultures, honey has been used for its therapeutic powers. Although it's primarily sugar and water, it boasts a complicated chemical composition, which is specialized depending on what type of flowers on which the bee feeds. A NIH report on the medicinal use of honey notes it's a powerful antioxidant, anti-fungal, and anti-inflammatory, with benefits to the cardiovascular system.

Additionally, "it contains compounds necessary for hormone balance, including estrogen and testosterone, which are necessary for a healthy libido," says Richards. "Honey is also dense in the element boron, which enhances blood flow." It's purported that the ancient Greek scientist Hippocrates used honey to sustain sexual vigor, perhaps due to these properties.

The appearance of figs, as well as their scent and texture, contribute to this fruit's reputation as an aphrodisiac. However, it's what inside these powerhouse foods that counts. "The amino acids (plant compounds) in figs act as aphrodisiacs," explains Richards, adding that as the building blocks of proteins, amino acids support the production of sex hormones necessary for reproduction. According to Richards, the amino acids found in figs are "also known to enhance stamina as well."

Crocus sativus, commonly known as saffron, is a stemless herb native to Iran, India, and Greece. Poon points to a NIH comprehensive review on saffron that details its use as a superfood. "Saffron has been used in Indian and Persian healing for thousands of years," she says. "It delivers numerous health benefits, aphrodisia being one of them." It is rumored that Cleopatra bathed in baths of milk and saffron, and Poon explains "saffron’s bright red color helps to balance the root chakra, which rules trust and security. A balanced root chakra can help you feel grounded, confident, and energized."

Modern scientists have found evidence that saffron can improve sexual dysfunction in both men and women, according to a 2019 study. This study notes saffron is effective in increasing "arousal, desire, intercourse satisfaction, orgasm, and overall satisfaction." Additionally, saffron can be helpful in managing erectile dysfunction as it supports circulation and relaxation. "Make yourself a glass of warm nut milk with saffron and honey and invoke your inner Cleopatra," says Poon.

Their red color and heart shape, says Poon, helps give strawberries their reputation as libido enhancing fruit. But there's also proven science behind the claim. "Strawberries do contain nutrients that can support a healthy sex life," she says. "A cup of strawberries contains about 149% of the recommended daily value of vitamin C, a nutrient which is thought to boost libido."

The bright red hue, explains Poon, does "help support your root chakra, which can bring trust and sexual power into the bedroom."

Renowned for their aphrodisiac properties, oysters boast a texture and shape that's undeniably sexy. They're also jam-packed with sexual enhancers. "Zinc is an essential micronutrient for the production of testosterone," says Richards. "Oysters are rich in this mineral and are known to be beneficial for both men and women to increase their libido. Zinc also has the unique effect of helping to produce healthy sperm, which is vitally important for those wanting to reproduce."

The Best Lubricants for Sex, Based on Formula Type