written by
Michelle Guerrere
Michelle Guerrere has a degree in journalism and nearly a decade of experience covering fashion, beauty, lifestyle for a variety of digital and print publications.
Byrdie's Editorial Guidelines
Michelle Guerrere
Reviewed by
Kimberly Snyder
Kimberly Snyder is a holistic wellness expert, nutritionist, renowned speaker, certified yoga instructor and meditation teacher. A certified nutritionist, Kimberly has worked with the entertainment industries’ top celebrities, including Drew Barrymore, Kerry Washington, Reese Witherspoon and Channing Tatum, among many others. Kimberly is the founder of Solluna and The Solluna Circle, an online and in-person modern tribal community, all based around its Four Cornerstones of True Beauty: food, body, emotional well-being and spiritual growth.
About Byrdie's Beauty & Wellness Board
Kimberly Snyder
Nutritionist and holistic wellness expert

There's not always a rhyme or reason as to why we experience stomach pain, but one thing is clear—it's pretty darn annoying. Few things can interrupt your day (or week) more than being doubled over in discomfort or dealing with a bout of nausea. To be ready to combat those stomachaches as soon as they creep up, it's important to be informed ahead of time about which foods you should always keep on hand for an upset stomach.

We turned to nutritionist Dana James and certified nutrition coach Candice Seti of The Weight Loss Therapist for their top food recommendations for unfortunate times like these. What we found out? You likely have some of these healing foods in the house already, and the others you can easily pick up at your grocery store or pharmacy. Below, the 12 best foods for an upset stomach, as recommended by the experts. Scroll through, and keep this advice top of mind the next time you're having some tummy trouble.

As light and healthy as a large raw salad might sound, James says this will likely worsen your symptoms during a stomachache because your stomach needs to work harder to digest the tough fibers.﻿﻿ "The process of cooking helps break down a lot of the fiber in vegetables, which makes it easier for our stomachs to digest. If you are experiencing gas and bloating, stick to non-cruciferous vegetables like carrots, zucchini, and spinach," James says.

Ginger has been used in Chinese medicine for more than 2000 years, and still today few things help an uneasy stomach more than ginger does.﻿﻿ "Ginger helps stimulate stomach contractions (peristalsis) that may alleviate symptoms of gas and bloating," James says. Seti adds, "Ginger can help relieve nausea and stomach pain by regulating the associated nervous system signals." You can purchase different ginger extracts and oils, but possibly the easiest (and tastiest) way for you to consume it is by buying the fresh root and making your own tea.

As it turns out, the popular spice isn't only good for your skin, but may also help calm a stomachache.﻿﻿ "Oftentimes an upset stomach is caused by an irritant that triggers inflammation in our gut," James says. "Turmeric acts as a powerful anti-inflammatory that may help soothe your stomach lining."

Golden milk, one of James's other top picks, combines two of the aforementioned stomach-soothing ingredients ginger and turmeric into one tasty form. Also known as a “turmeric latte,” James says the drink may benefit an upset stomach by targeting both inflammation and a gassy stomach.

"Bone broth is nutrient-dense, packed with minerals and amino acids," James says. "Among these, glucosamine, which has been shown to reduce inflammation. Bone broth is also packed with collagen to help repair the lining of your digestive tract." As a bonus, James says gelatin (from the breakdown of collagen) in the broth promotes the growth of healthy bacteria in your colon, which supports adequate digestion, absorption, and elimination.

You might typically pass on bananas while they're still green, but during an upset stomach, that's exactly what you want to reach for. "Bananas, especially green bananas, are high in fiber, specifically the kind known as resistant starch," Seti says. "This type of starch is not digestible, so it moves through to the colon and signals the bowels to absorb more water. This results in an anti-diarrheal effect."

"Apples contain a plant fiber known as pectin, which is also indigestible and effects the G.I. system similarly to bananas to have the anti-diarrheal effect," Seti says. "It also helps to produce good bacteria in the gut, which can have a protective impact." Instead of going for a whole apple, Seti recommends opting for applesauce instead because the process of digesting the apple skin can be more difficult for an upset tummy.

If you're dealing with stomach trouble, one option is to eat some plain yogurt, although it should be unsweetened. "Plain yogurt contains live and active bacterial cultures, which can help with both constipation and diarrhea," Seti says. "Plain yogurt is best because the sugar and artificial sweeteners in flavored yogurt can sometimes cause gas and other gastrointestinal symptoms." If you're lactose-intolerant, non-dairy yogurts still have the beneficial cultures without the potential digestive issues, such as Nancy's Probiotic Oat Milk Non-Dairy Yogurt.

"Licorice can help reduce the inflammation associated with an upset stomach," Seti says. But before you go out and buy a whole licorice root, take note that the form of this ingredient that you ingest makes all the difference. "However, licorice root itself contains a chemical that can cause fluid imbalances, so supplementation is preferred," she explains. "DGL (deglycyrrhizinated Licorice) is the preferred supplement to eating whole licorice root."

If you're hungry but you've been dealing with stomach difficulties, try making some toast. Although it might not help to improve your upset stomach, it won't upset it, either. "Toast falls in the category of bland carbohydrates, which are often more palatable when you have an upset stomach," Seti says. "The primary benefit of toast is that it is simply easy to digest."

Just like chamomile can calm and soothe irritated, inflamed skin, it can do the same for an uneasy stomach.﻿﻿ "Usually consumed in chamomile tea, chamomile has anti-inflammatory properties which help soothe an upset stomach," Seti says.

Next time you have an upset stomach, make a cup of chamomile tea to soothe your stomach and drink it out of one of our favorite cups below. 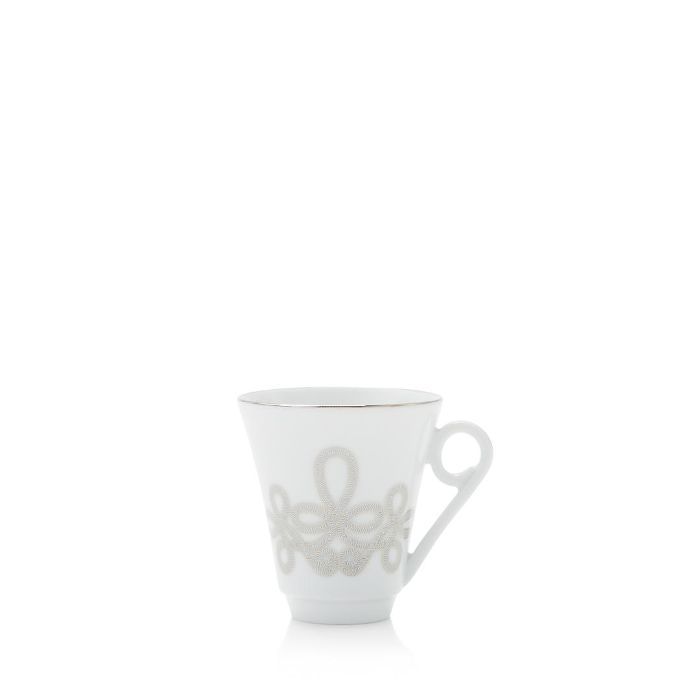 Which foods for an upset stomach do you like to keep in the house? Up next: everything you need to know about migraines, from causes to cures.