The 15 Foods That Soothe Your Nausea—Instantly

Nausea is described as the "uneasiness of the stomach" that often occurs before you vomit; it's the dreaded feeling that usually happens right before you run into the bathroom (and hope you'll make it there) hand over your mouth. Whether you've already been sick or feel it coming, the last thing on your mind is eating, but foods for an upset stomach can actually help your belly calm nausea away.

Did you know that some foods are scientifically proven to soothe your stomach, and there appear to be more nausea remedies out there than ever before? We perused the medical studies and sought out expert advice to find the 15 best foods for nausea, from traditional treatments to remedies that might take you by surprise.

Read on to learn what to eat when you're nauseous—even when you don't feel like eating a thing.

"The best foods to try when nauseated are light and easier to digest, such as the BRAT diet of banana, rice, apple sauce, and toast," states Dr. Orimenko. In fact, for many doctors, the BRAT diet is a go-to Rx for patients recuperating from a bout of vomiting and diarrhea. It's believed that the diet's low fiber content, coupled with the potassium provided by the bananas, is ideal for re-binding stool and restoring nutrients lost during the GI episode.

However, the BRAT diet isn't intended to be a long-term solution to gastrointestinal woes because it lacks the nutrients, fats, and proteins that sustain a well-rounded meal plan—stick with the BRAT diet for 24-48 hours max to help ensure your body is getting all the good stuff it needs. 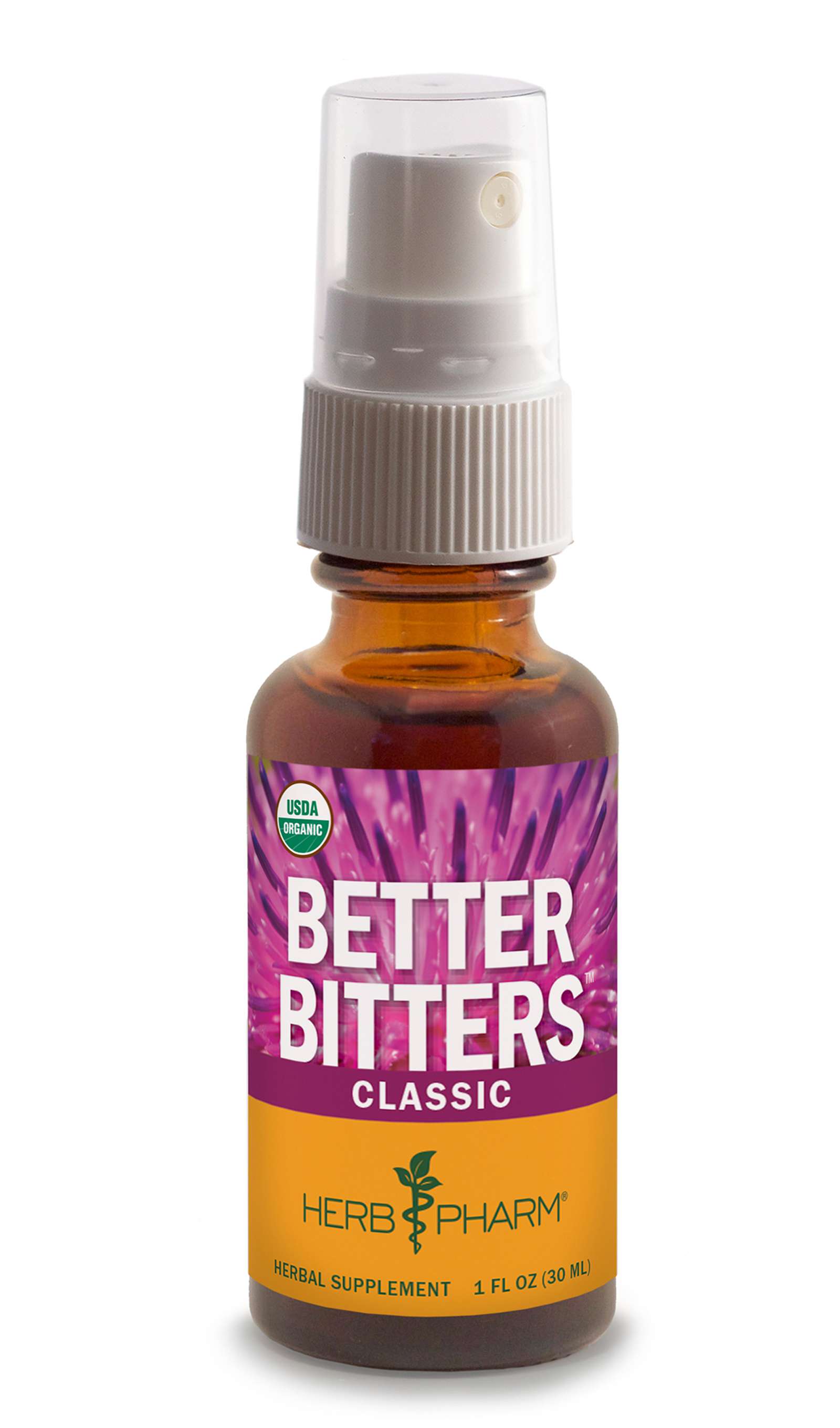 "Naturopaths have an expression: 'Bitter to the tongue, sweet to the stomach,'" says Dr. Orimenko. "Bitters, in general, have been used as digestifs for thousands of years," he adds, as their consumption is said to stimulate the secretion of saliva and digestive juices, therefore enhancing gastric emptying and easing nausea. In fact, bitters (particularly gentian and wormwood) are readily endorsed as a remedy for dyspepsia (read: indigestion) by the German Commission E, a scientific committee charged with evaluating the safety and efficacy of medicinal herbs. 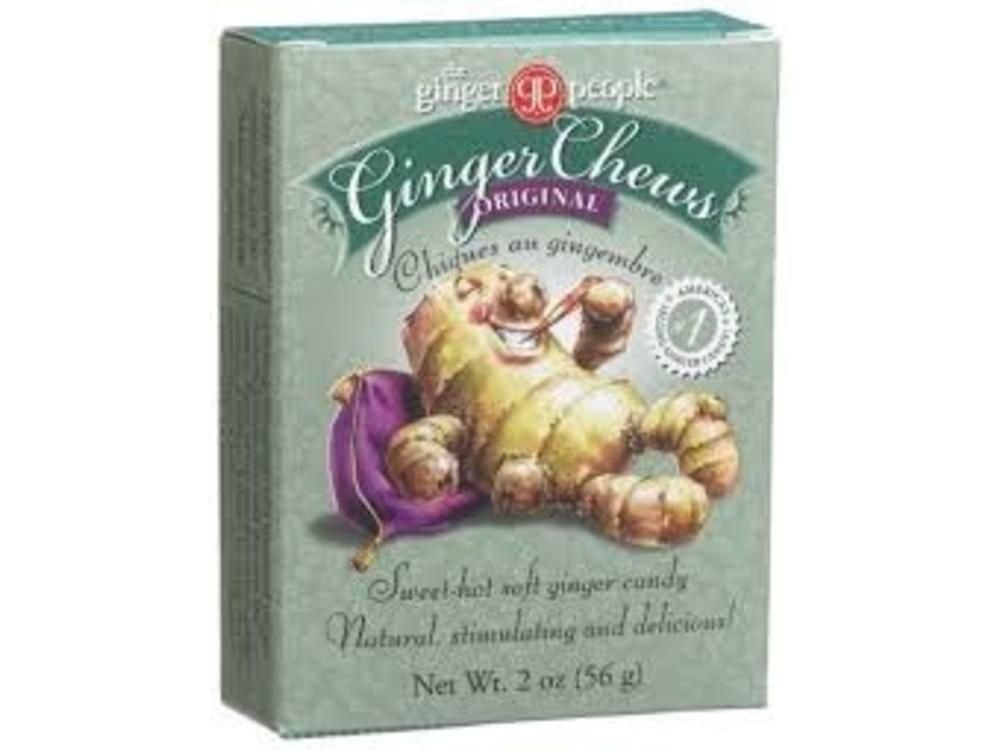 Speaking of ginger, this herb is synonymous with happy stomachs since ancient times. Ginger contains gingerols and shogaols, the primary pungent properties that give ginger its spicy flavor and odor as well as its antiemetic and anti-inflammatory properties. There's no shortage of medical studies proving the efficacy of ginger as a remedy for nausea and vomiting, with the majority of trials focusing on morning sickness and chemotherapy-induced nausea and vomiting.

Not only has ginger been proven effective in alleviating upset stomachs, ingesting the rhizome is generally accepted as safe, and there are no major food or medicine interactions.

Dr. Swiner's advice for curing nausea? "Anything with ginger, peppermint, lavender, or lemon can calm the stomach when you feel yucky, mostly because of how the flavors distract the brain." Lemons may be a popular cure-all for morning sickness, but trust us, they'll work to ease your type of nausea, too. They help cure your body of toxins, so have them however you like them best: a wedge in your tea, lemonade, or even just sniff one if you're not hungry. Yes, you read that right: A 2014 study found that simply inhaling the scent of a fresh lemon allowed pregnant women to experience less nausea and vomiting.

"Keep it bland with rice and bananas," suggests Dr. Swiner. Soft, low-fiber foods, like tofu, farina, and baked potatoes are similar to the BRAT diet in that these foods require less effort from the GI system. "The foods to avoid when nauseated are dense and harder to digest foods, such as beef, nut butters, fried foods, casseroles, pasta, and cream-based dishes," offers Dr. Orimenko. It makes sense, then, that the foods you should reach for during a bout of nausea are just the opposite: bland and non-acidic.

You should also steer clear of alcohol, caffeine, chocolate, garlic, and tomatoes, as these foods are known to relax the lower esophageal sphincter, which can exacerbate indigestion. "Avoid dairy and highly acidic or spicy foods, because these can worsen abdominal pain, nausea, vomiting, and diarrhea," Dr. Swiner adds.

Apples contain fiber, which helps you rid your body of toxins faster. Fiber also slows and eases digestion, which may help to relieve nausea. However, beware of eating too much of any food with fiber, because it can actually add to your nausea. Rule of thumb: Eat one whole apple—or slices of one if it's easier to swallow. If that seems unpalatable, opt for some applesauce or apple juice. 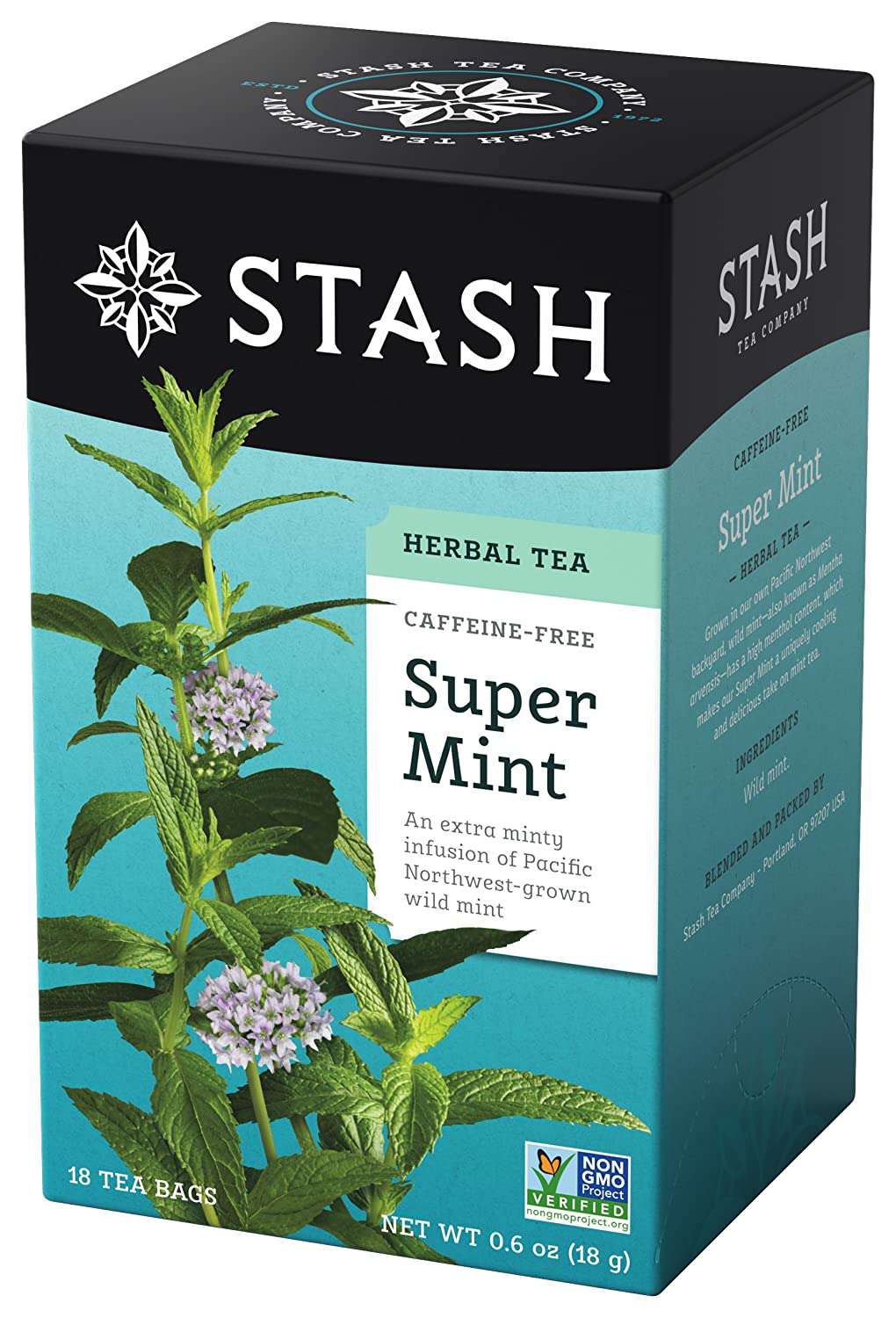 Many of us drink mint tea when we're feeling under the weather, including Dr. Swiner. "I always reach for a mint or something sour, when I feel nauseated. It helps me not think about feeling sick as much," she says. Mint is a suggested food for nausea because it helps bile flow through our digestive system, making all the processes in our stomach work better at the same time (you can actually just chew on some fresh mint leaves if you'd like).

And guess what? If you're not quite up for eating or drinking anything, aromatherapy using mint essential oils may help, too. A study of more than 300 patients experiencing postoperative nausea found that they had lessened symptoms when they were given aromatherapy treatments with a blend of oils including peppermint oil.

This food for nausea may come as no surprise, but crackers always seem to do the trick. Yes, Mom said they worked when you weren't feeling well, but there’s actually a scientific reason behind why this food is the one you reach for even when you're at worst. The secret is that they're high in starch—similar to toast or pretzels—which helps absorb stomach acids and calm your digestive system. According to a 2015 study of nausea-triggering and -easing foods for people suffering from gastroparesis, a condition that prevents proper stomach emptying, saltines and graham crackers reportedly decreased symptoms, including nausea.

For many, nausea and a sensitivity to smells go hand in hand. One way to bypass this is to reach for cold foods, as they're typically less aromatic than hot foods. This is also another reason carb-y, bland snacks can be appetizing when you're nauseated: they satisfy hunger (which can cause nausea) without the strong smells or tastes. Alternatively, try ice pops, Jell-O, ice cream, or sucking on ice cubes to avoid exasperating nausea with strong smells.

If high-carb foods aren't doing the trick for you, give protein-rich foods a try. In a 1999 study involving 14 first-trimester pregnant women, consuming protein-predominant meals reduced nausea and irregular stomach contractions better than equicaloric carbohydrate/fat meals and noncaloric meals. To regulate your blood glucose levels and keep the queasiness at bay, nosh on small portions of high-protein foods throughout the day—think hard-boiled eggs, tofu, chicken, and Greek yogurt. 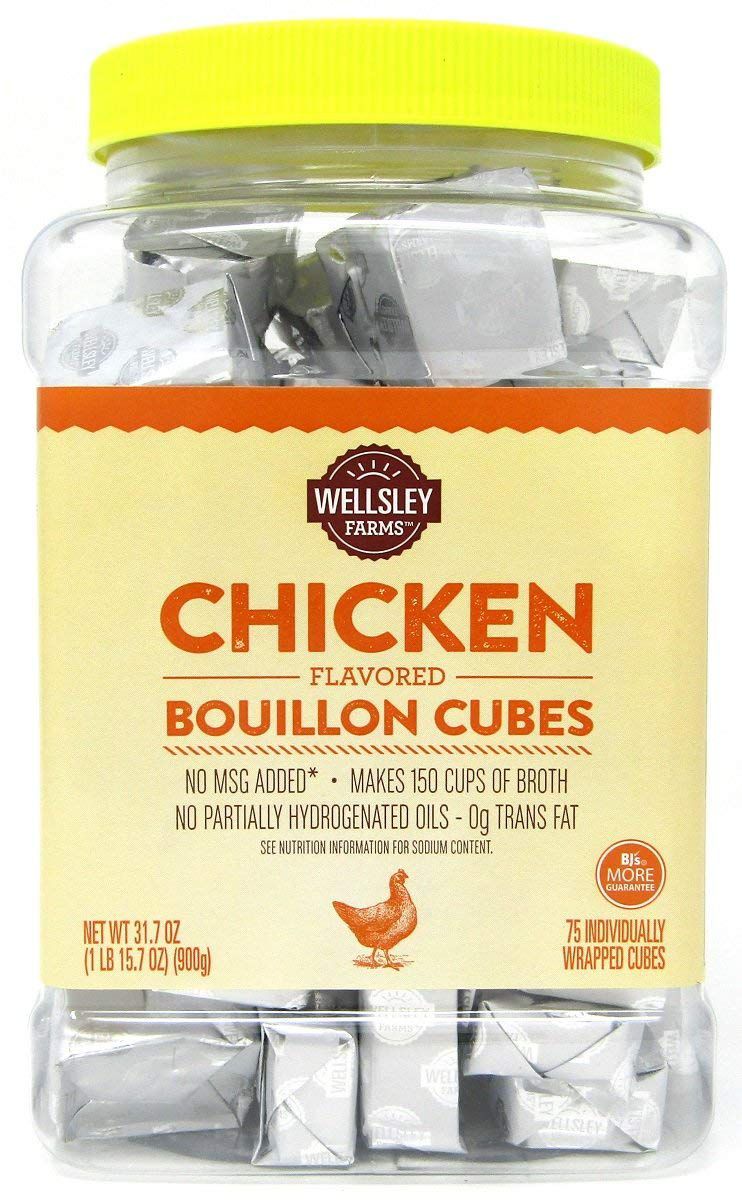 Lemon and mint may help, but we can't promise they'll satiate your hunger (you still need to eat even if you're nauseated). Normally when you're not feeling well, you automatically gravitate toward a bowl of chicken soup. We're sorry to say that's not what you should do in this situation since the soup will be too heavy on your upset stomach. Chicken broth, however, is best for you when you're nauseated.

The great thing about broth is that you can easily whip some up if you keep a few bouillon cubes in the house. 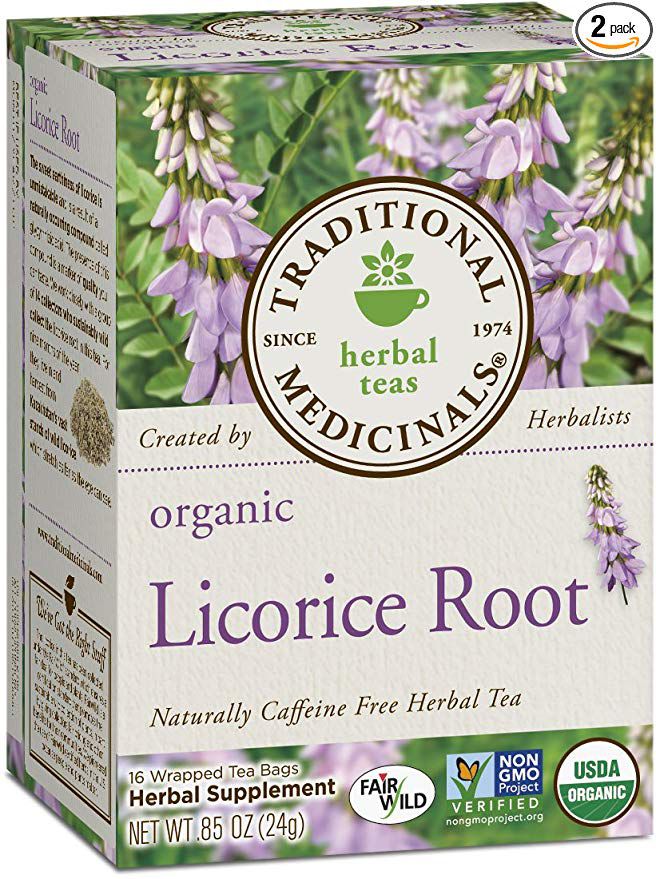 "Many types of tea are good for nausea, but licorice root tea is one that stands out above the rest," says Saudargas. "One study found that licorice root tea helps to treat nausea by packing a punch with antiviral and antibacterial properties," she continues. "Some of these properties may help to protect against the formation of ulcers that can lead to nausea." 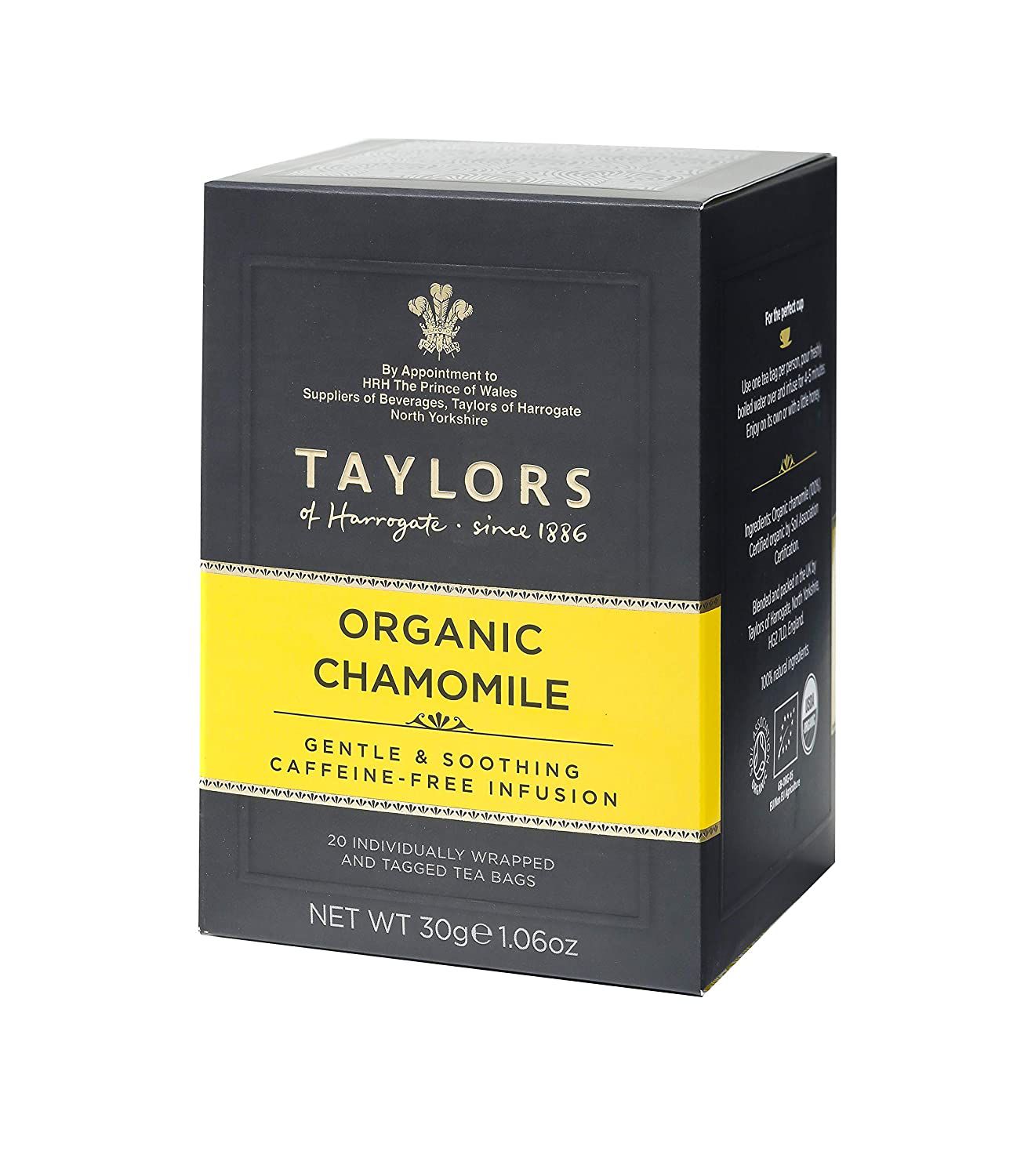 A sip of chamomile tea has long been associated with relaxation (thanks to its high concentration of apigenin, a bioflavonoid compound), but there are benefits to this daisy-like herb that can be reaped beyond the mug—namely, in capsule form. Saudargas points to a 2016 double-blind study in The Asian Pacific Journal of Cancer Prevention in which 65 women undergoing chemotherapy were given 500-mg capsules of chamomile or ginger twice daily for five days before and after their treatments. The results showed that chamomile and ginger were both equally successful in reducing the women's frequency of vomiting.

It may seem counterintuitive, but capsaicin, the chemical component of chili peppers that gives them their signature heat and spice, has been widely used in topical treatments for pain relief since the 1980s. Formulated into creams, lotions, and patches, the capsaicin eases pain through the "defunctionalization" of pain receptors, which allows for relief from conditions like migraines, muscle aches, and arthritis. This defunctionalization of pain receptors has proven capsaicin as an effective remedy for nausea, as well: Conducted in 2002, a randomized, double-blind study of 160 patients showed that the application of capsaicin plasters at acupuncture points was linked to reduced post-operative nausea and vomiting. 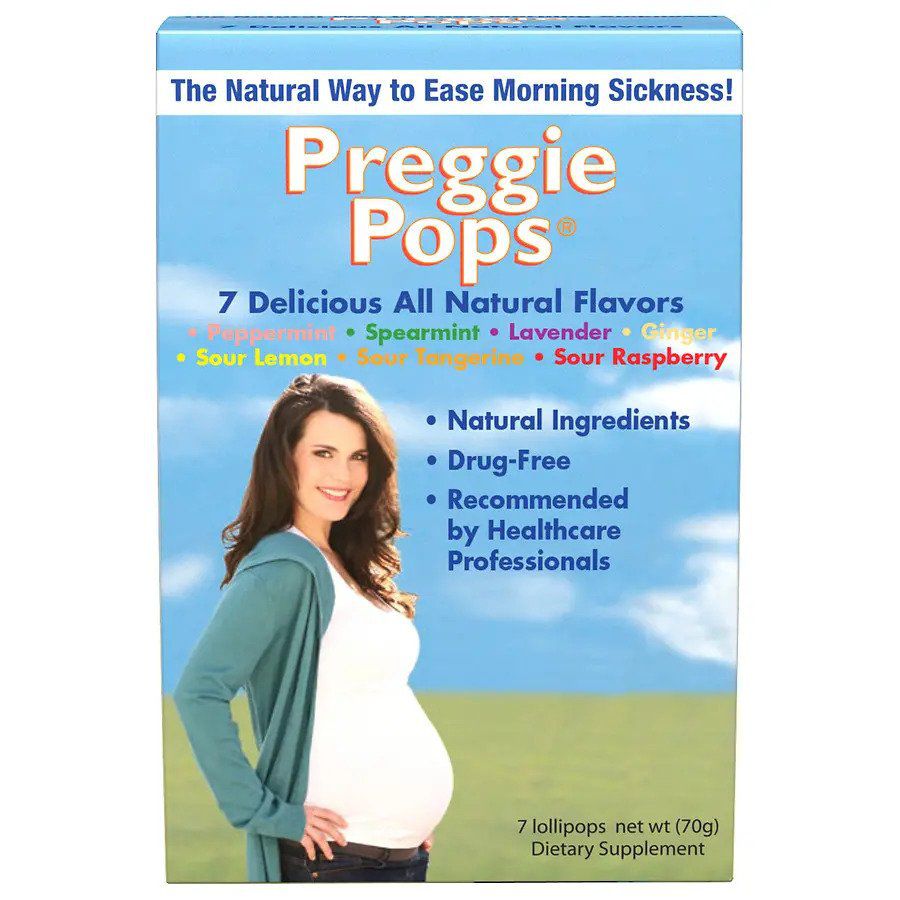 There's a link between hypoglycemia (low blood sugar) and nausea, so it stands to reason that a little taste of something sugary can help curb queasiness. Get this: In a study involving 67 first-trimester pregnant women, lemon-flavored lollipops were proven successful as an inexpensive, drug-free remedy for nausea and vomiting.

Your everyday hard candies can do the trick, both for their ability to boost sugar levels and moisten the mouth, or you can take it one step further with a candy marketed specifically for its antiemetic properties. Preggie Pops, for example, have earned legions of devotees among pregnant women contending with morning sickness. According to the healthcare professionals who developed Preggie Pops, the lollipops and drops work due to their unique combination of essential oils, aromatherapy, and sugars.