written by
Kaitlyn McLintock
Kaitlyn McClintock contributed to Byrdie for over two years, most recently covering beauty news for the brand.
Byrdie's Editorial Guidelines
Kaitlyn McLintock
Reviewed by
Kimberly Snyder
Kimberly Snyder is a holistic wellness expert, nutritionist, renowned speaker, certified yoga instructor and meditation teacher. A certified nutritionist, Kimberly has worked with the entertainment industries’ top celebrities, including Drew Barrymore, Kerry Washington, Reese Witherspoon and Channing Tatum, among many others. Kimberly is the founder of Solluna and The Solluna Circle, an online and in-person modern tribal community, all based around its Four Cornerstones of True Beauty: food, body, emotional well-being and spiritual growth.
About Byrdie's Beauty & Wellness Board
Kimberly Snyder
Nutritionist and holistic wellness expert

We've all had those days when we feel tired, distracted, and inattentive. Even after multiple cups of coffee or tea, our brains still refuse to complete the task at hand, choosing to peruse the internet, scroll through our phones, or tinker with the objects on our desks instead. It's a classic case of brain fog, which doctors say is a real thing.

As Dr. Gary Kaplan told MindBodyGreen, "Brain fog is characterized by cognitive impairments to memory, attention, executive function, and the speed of cognitive processing."﻿﻿ Though brain fog is not technically a medical condition, it can be symptomatic of some underlying condition that Kaplan says might range from "poor nutrition or illness to undiagnosed food sensitivities or sleep deprivation." Poor nutrition? We've been there, and some of our favorite junk foods might contribute to a sluggish state.

Gary Kaplan, DO, is the founder and medical director of the Kaplan Center for Integrative Medicine.

Keep reading to see the five types of foods and drinks associated with brain fog.

This Easy Workday Breakfast Will Boost Your Brain Function

Sorry, bacon: America's favorite breakfast protein won't cut it. "Sodium nitrite, sodium nitrate, and sodium/potassium benzoate are salts added to processed foods, particularly meats, to preserve freshness," Kaplan writes. They are approved by the FDA, although "a large number of health complaints have been reported by consumers: among them skin issues, respiratory problems, headaches, dizziness, and brain fog.﻿﻿ " Try making one of these easy and brain fog–banishing breakfast recipes instead.

Many people are sensitive to dairy products like milk, cheese, and yogurt. Sensitive doesn't mean allergic, though. "If you experience symptoms of brain fog, headache, or digestive discomfort when you eat a specific type of food, you may have a sensitivity but not necessarily an allergy," Kaplan says. "For people with sensitivities or allergies to these foods, the body sees the proteins as a threat and produces antibodies to chase them out." Try switching out cow's milk for almond milk, and see if that makes a difference in your focus and energy.

So technically it's not a food, but this ingredient can contribute to brain fog in a major way—by messing with your brain's neurotransmitters. As Kaplan writes, "The food additive monosodium glutamate (MSG), used as a taste enhancer and flavoring agent, is hidden in almost all processed foods, ranging from bottled salad dressings, soups, and canned goods to many restaurant meals." Avoid it by eating unprocessed, natural, whole foods. Bonus tip: Kaplan cites a 2016 study, which shows turmeric can counteract the cognitive effect of MSG. So try a turmeric latte or sprinkle some of the orange powder into your morning smoothie. You might experience extra focus throughout the day. 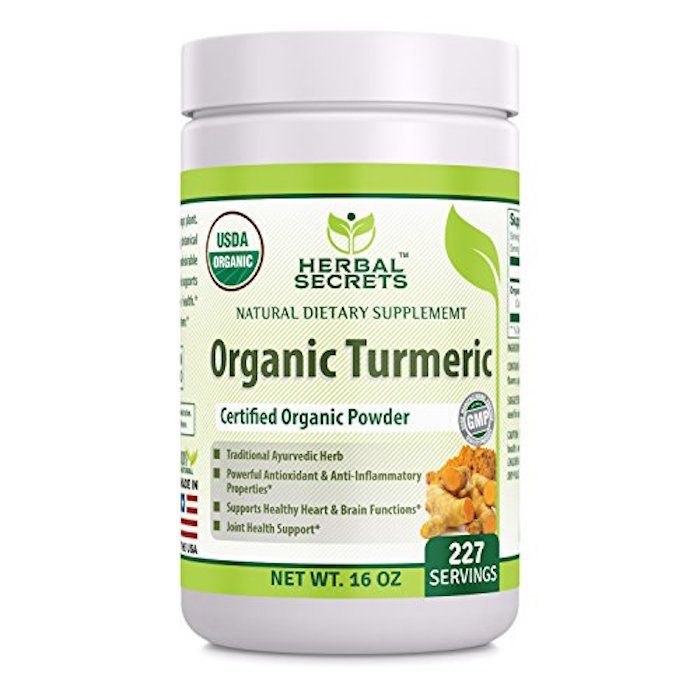 According to Kaplan, "Various components in alcohols can cause sensitivity, and the severity of the allergic reactions depend on the person's genetic profile, one major symptom being brain fog." He lists ingredients in many alcohols that contribute to brain fog; they include sulfites, histamines, gluten, and ethanol. So, if you have a big day of meetings and presentations tomorrow, consider cutting out your glass of wine at dinner.

Artificial sweeteners might be a low-calorie alternative to natural sugar, but they're not without controversy—especially aspartame. "When aspartame is ingested, it breaks down into three different compounds: aspartic acid, phenylalanine, and methanol," Kaplan writes. "When consumed in isolated and large amounts, as in aspartame, they then are able to cross the blood-brain barrier, excite the brain cells, and trigger their death. Even worse, methanol further breaks down to formaldehydes, which are neurotoxic and carcinogenic. Symptoms of aspartame toxicity might include headaches, mental confusion, problems with balance, and numbness." Yikes. Maybe opt for natural sugar in your morning coffee. Or, you could try cutting it out altogether; read one editor's experience doing just that. Either way, your health and mental clarity could benefit.

Head over to MindBodyGreen to read the full article.

The Natural Supplement That Replaced My Adderall
Article Sources
Byrdie takes every opportunity to use high-quality sources, including peer-reviewed studies, to support the facts within our articles. Read our editorial guidelines to learn more about how we keep our content accurate, reliable and trustworthy.