Like many millennial women before me, my first exposure to acupuncture was on the TV show Sex and the City. In season six, a fertility challenged Charlotte visits one supposedly miracle-working holistic doctor in hopes that by sticking her with needles, he will be able to help her conceive. (It doesn't work out.) Hardly the only piece of misinformation I derived from Sex and the City, my takeaway from the episode was that acupuncture was quirky at best, quackery at worst, and as a teen and then a 20-something who was definitely not trying to get pregnant, it had nothing to offer me.

Then, I moved away from the cynicism of the East Coast and the problematic attitudes toward nontraditional medicine of the early 2000s, eventually settling as a beauty editor in Los Angeles. Yet somehow, even after over four years in the capital of alternative wellness, I had still never given acupuncture a try. By then, I'd learned that the ancient Chinese practice involves strategically placing needles along the meridians, or energy channels, of your body to help with any number of physical concerns—definitely not just fertility. Every other L.A. Byrdie editor swears by it; so even though I was still unsure how exactly the practice might help me, I decided that, if for no other reason than an openness to try anything once, I should give it a go.

I scheduled my first acupuncture appointment with licensed acupuncturist Robert Youngs at Robert Youngs Acupuncture, a wellness center in Beverly Hills that I chose mostly for its five-star Yelp rating and the fact that Youngs has 15 years of experience but also because I saw online that Youngs has a really cute Australian Shepherd who comes to the office with him (priorities, people). Youngs's goal both with his acupuncture practice and line of herbal supplements is, as he explained to Voyage LA last year, to teach the long-term benefits of holistic medicine to "an audience raised on pharmaceuticals with instant results from one tiny little pill."

Last week, without knowing quite what to expect, I had my first acupuncture appointment, and it was truly enlightening. For anyone else curious, keep reading for five things no one told me before my first experience.

By the time I showed up for my appointment, I was still under the impression that acupuncture only really helped with physical ailments—neck and back pains, migraines, menstrual cramps, bad digestion, that sort of thing. But according to Youngs, traditional Chinese medicine can actually treat pretty much anything, including stress and anxiety. "What usually happens is people come in for neck pain, shoulder pain, back pain, something along those lines (or they have seen just about every specialist there is and still have no answers and they come to us as a last resort)," he says, "and then as they learn what acupuncture can do, they get excited and come back in to treat other things. They come in to get rid of stress … and to do preventative health work."

This preventative-care idea is what Youngs hopes will become the future standard of medical care—acupuncture can be an incredibly effective tool for boosting the immune system to stave off conditions from the common cold to nausea, bloating, and beyond.

When you show up for your acupuncture appointment, you aren't immediately shoved in a room and stuck with needles—there's a fairly intensive intake process. Before my appointment, I filled out a lengthy form that asked about everything from my basic medical history to the shape of my bowel movements when stressed (no keeping secrets in acupuncture). Then, upon arrival, Youngs and I had a long, personalized conversation about my physical and mental health. "The intake is quite detailed," he explains, "and we cover both Western and Eastern topics such as sleep, digestion, bowel movements, reproduction, menstrual cycles, skin allergies, and many other questions that are very specific to Chinese medicine that help to place people in different diagnostic categories."

One of the more intriguing parts of the intake conversation involves your acupuncturist examining your tongue. Sounds goofy, but this step has an important purpose. "The tongue in Chinese medicine is thought of as an internal organ that we can see," says Youngs. "We can tell how much hot or cold is in the body, the function or efficiency of the digestive system, metabolism, spleen and stomach health, how much stress is accumulating, and if they've been sleeping well."

After the intake process, it was determined that stress was my main concern. I'm typically the sort of person who refuses to acknowledge or address her stress, but after a professionally high-pressure year and several traumatic personal events back to back, Youngs put my stress level at an eight out of 10. Unwittingly, this made me the perfect acupuncture client. "Because stress has a way of accumulating in the body, it creates what the Chinese call stagnation of energy, and when this happens, things get backed up and start to create problems," says Youngs. These problems can include not only emotional anxiety but physical disease. "Acupuncture helps by … releasing endorphins to help keep the blood of energy flowing to break up stagnation and to put the brain into wave links that are similar to deep meditation … where healing takes place."

3. The process is deeply meditative 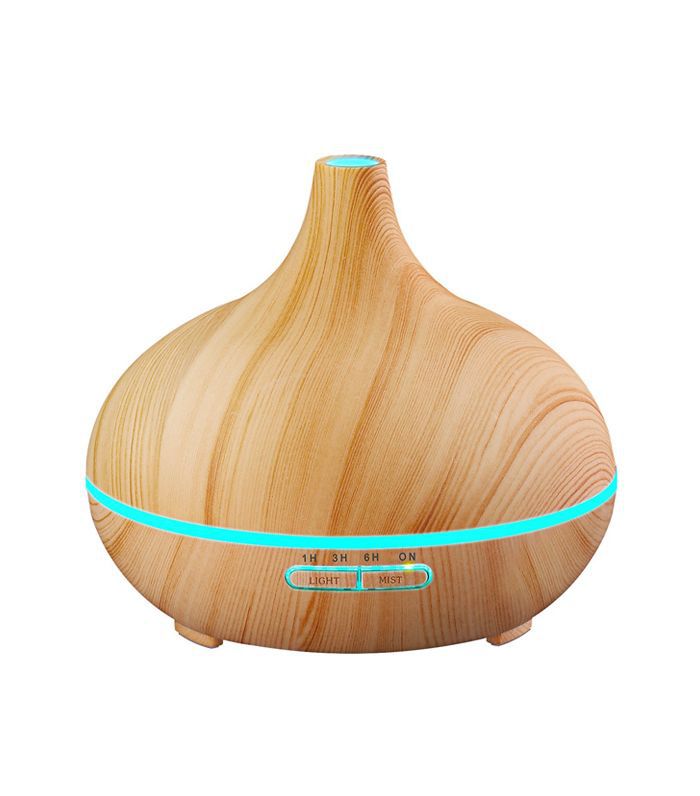 Speaking of healing, once the acupuncture process gets underway, it's incredibly meditative: You're lying still in a dark, warm room that smells of essential oils, with soothing binaural beats playing in the background. Youngs and I practiced a minute-long meditation during our intake to get me in the habit of recognizing my thoughts and letting them go, so I was prepared to continue in that headspace once I got in the room. After he put the needles in place, I was in there for 30 minutes or so, but I ended up zoning out so hard that it seemed to go by faster.

"On an actual experiential level, most people drift off into a half-awake, half-asleep kind of zoned-out nap for 20 to 30 minutes," says Youngs. "[It's a] nap that is much deeper than a normal nap and a lot of healing takes place in that mind space, so when they come out of it, they feel grounded and centered, relaxed and much less stressed. It's a tangible feeling they take with them through the week."

3. You (usually) can't feel the needles

We can't ignore the question of whether or not acupuncture is painful. In my experience, it isn't. "The most common fear first-time patients have about acupuncture usually has to do with the needles and that they are afraid of them and they think they will hurt," says Youngs. "When in reality, the needles are super small—hair thin—so thin that they bend on touching them."

I was lying on my back during my appointment, and I could feel a teeny-tiny prick when Youngs placed his needles in my feet and shins. But I was covered in those little guys, and most of them I couldn't feel at all as I was being stuck. Some patients experience a dull, slightly uncomfortable pain depending on where and how the needles are placed. But for me, once all the needles were all set, there was no sensation whatsoever.

5. You'll probably want to go back

Youngs warned me that he has had very few patients who decided after their first appointment that acupuncture wasn't for them. I remained skeptical; that is until I emerged from my needle-induced nap feeling oddly blissed-out and stayed that way all day. Youngs and I immediately set up my next appointment, which was even more productive than the last, and I have every intention of going back once a week to treat my stress.

Luckily, more and more insurance plans are starting to cover acupuncture, especially in California, so it doesn't have to blow the bank. (Otherwise, typical fees cost between $50 and $150 per session.)

If you'd like me to keep you updated on my acupuncture journey, DM me on Instagram @amanda_montell so I know to continue writing about it here on Byrdie.

Next up, learn about the weird meditation technique that made me happier.