Why Cher From Clueless Was Important for My Femme Lesbian Identity

written by
Trish Bendix
Trish Bendix is an award-winning freelance writer who specializes in LGBTQ+ issues with over 10 years experience in the editorial space.
Byrdie's Editorial Guidelines
Trish Bendix

Like most women of my generation (I'm loathed to refer to myself as a millennial, but according to most distinctions, I'm on the cusp), the movie "Clueless" has long been one of my favorites. I was 13 when it hit the big screen the summer of 1995, and I specifically remember how thrilled I was to be going to a PG-13 movie sans parent with my coolest friend (shout-out to Kristy Sanford!).

I left the theater transformed. Cher Horowitz was my new everything. I needed that electronic, revolving, computerized wardrobe, no matter how ill-fitting and out of place her bodycon Calvin Klein dress might look on my still-processing junior high torso. I craved that pouty lip she so effortlessly perfected before a long day at school. I plastered posters from the movie on my wall—large declarations of my love of Alicia Silverstone and other defining phrases from the film, just in case I forgot what "Monet" meant in a way-harsh moment. (As if!)

My first day back at school, I gave the Cher look my best shot. I had found a silky-satin blue top, plaid skirt, and knee-highs at the local mall, and I applied my makeup in an attempt at the "natural beauty" that Silverstone so effortlessly achieved. No one got it. As soon as I was on the bus, I felt self-conscious among my peers who clung to the uniform of choice—Abercrombie & Fitch, American Eagle, and Nike (for those who could afford it). Personal style was lacking; it wasn't kosher to look different, even if it that was what all the cool girls at Beverly Hills High were wearing and slaying in.

Alicia Silverstone just had something special about her that I couldn't really (or truthfully, didn't try to) name. The Aerosmith videos she starred in around the same time were my absolute favorites—her long dirty-blond hair and arched eyebrows daring people to fuck with her. She could make flannel look sexy—put on a suit and entice Liv Tyler. She was classic beauty with an edge, the kind of young woman who wasn't putting up with men's shit. She was my girl crush… in every sense of the phrase.

Even when I came out, I felt that same kind of need to have to dress a certain way, which is to say, T-shirts, jeans—tomboyishly, so that I could read as queer to my peers. 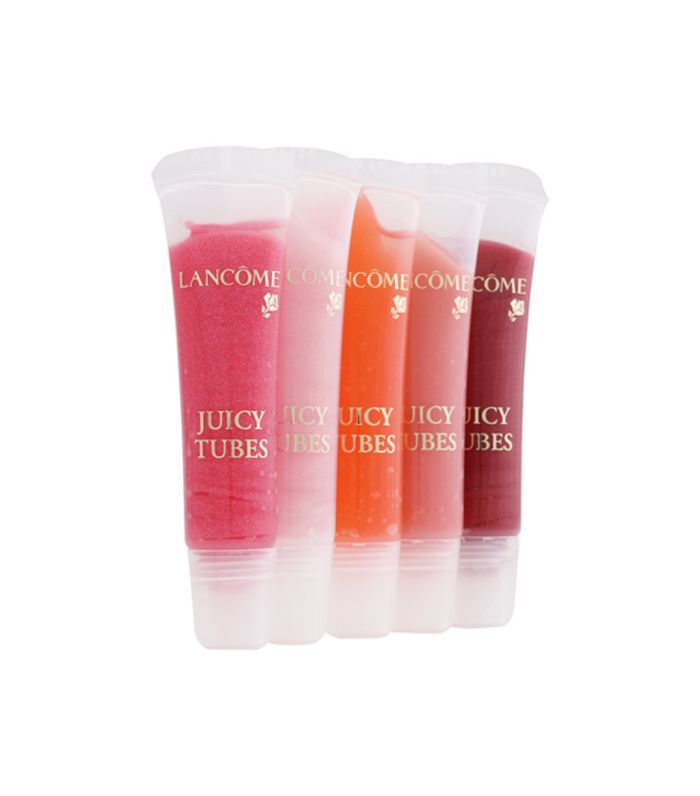 It wasn't until I started to come to terms with being gay that I was fully able to acknowledge a lot of truths about myself, and oddly enough, my love of Alicia Silverstone was one of the things I look back on now and think, Oh my god, I was such a LESBIAN! Of course, many straight women also love "Clueless" and Silverstone's super-hot '90s vibe, but when I think about what I was clinging to from Cher, it wasn't necessarily the specificities of her outfits or her understated eye shadow—it was her attitude. It was that she dressed for herself, not for boys—she didn't even LIKE high school boys. (Me either, girl!) Cher's major relationships through most of the film are with her girlfriends, her gay friend, and I'm just going to say it: Josh was pretty much a lesbian.

My Cher Horowitz obsession did not wane, but my attempts to dress all L.A.-cool while going to middle school in Michigan lost their shine as soon as I realized how it made me stand out in a way that I didn't necessarily want—at least not back then. Junior high was undoubtedly my awkward stage—I tried a lot of different things for the first time (boys, Zimas, JNCOs), and the only thing that had felt close to happiness and self-expression was when I was embracing the tragically overdressed high-femme persona I'd secretly craved more than acceptance. But my insecurities ultimately won out, and I bought into the sameness to fit in.

Even when I came out, I felt that same kind of need to have to dress in a certain way, which is to say, T-shirts, jeans—tomboyishly, so that I could read as queer to my peers. But I hated it. It just wasn't me. I slowly started to reintegrate skirts and dresses back into my wardrobe; invested in some lipsticks and indulged my lifelong dream of wearing heels despite that pervasive inner commentary that told me I would look overdressed.

The more I learned about queer identity, however, the more I learned that I was a femme—the kind of lesbian who is into feminine presentation. Femmes are able to pass as straight more often because society has an idea of what a "lesbian" looks like, and that preconceived notion was passed onto me before I knew better—before I'd questioned why who I slept with had anything to do with how I dressed, or why I gave a shit about what anyone else was wearing and what they thought about my love of a bright lip and a smoky eye. (Cher tip: "Anything you can do to draw attention to your mouth is good!")

It's only been in the last couple of years that femme visibility has become more heightened—and that's largely due to queer celebrities like Cara Delevingne and Amber Heard coming forward and being openly out, serving as public role models that we didn't have before. Growing up in the '90s didn't offer a ton of options for a young, totally clueless (it's true—and I had to) baby lesbian searching for her true identity. The only out lesbians at the time were more androgynous—K. D. Lang, Ellen, Melissa Etheridge—and I didn't see "Bound" or "But I'm a Cheerleader" until I was in my late teens. I wanted to be me, but I needed an example—I needed to see someone who was successful at being unapologetically femme.

I wanted to be me, but I needed an example—I needed to see someone who was successful at being unapologetically femme.

I'd loved Cher and "Clueless" and Alicia Silverstone because she was the closest thing I had to high-femme. She was an individual, with no fucks given. She valued aesthetics and experimentation and specific outfits for taking a driving test and perfectly timed hair flips. She allowed me to borrow the excuse "I'm not a prude—I'm just highly selective" (and that I was saving myself for Luke Perry). She may have been an unlikely femme icon, but for me, she was everything. And thanks to her, I am my own total betty.

Here at Byrdie, we know that beauty is way more than braid tutorials and mascara reviews. Beauty is identity. Our hair, our facial features, our bodies: They can reflect culture, sexuality, race, even politics. We needed somewhere on Byrdie to talk about this stuff, so... welcome to The Flipside (as in the flipside of beauty, of course!), a dedicated place for unique, personal, and unexpected stories that challenge our society's definition of "beauty." Here, you'll find cool interviews with LGBTQ+ celebrities, vulnerable essays about beauty standards and cultural identity, feminist meditations on everything from thigh brows to eyebrows, and more. The ideas our writers are exploring here are new, so we'd love for you, our savvy readers, to participate in the conversation, too. Be sure to share your thoughts on social media with the hashtag #TheFlipsideOfBeauty, because here, on The Flipside, everybody gets to be heard.