Dualities: [noun] To have two different or opposite sides; darkness and light; softness and strength.

Letter from the Editors

In the early 2000s, a few months after our nation’s most horrific tragedy, I (like most New Yorkers and Americans) was in search of ways to anesthetize the pain and debilitating anxiety of 9/11. Diving into a bad relationship as a means of distraction, while spending too many weekends horizontal from a night fueled by liquid escapism were, unfortunately, high on my list. Sunday nights at 9 p.m., though—upon hearing the jazzy sounds of a certain marimba-laced theme song—served as a somewhat healthier form of therapy. Darren’s Star’s Sex and the City gave millions of us the chance to zone out via a high-fashion foursome living out their fantasies in Manhattan, which, for at least 30 minutes, felt normal and unharmed. Fast forward 18 years and...a pattern. This October, after a pretty dark seven months, I found another Star-powered escape tactic in Netflix’s Emily in Paris. Controversies and cliches, yes. But there was also wanderlust during lockdown. The act of getting dressed in a time ruled by sweats. And brightness in a decidedly dim year—this time via Emily Cooper, played by our cover star, Lily Collins. These contrasts—dark-light, hurt-heal, struggle-surrender—are the crux for our issue theme, Dualities, and the nearly 20 stories created for this collection. Wishing you a few moments of comfort now—and a peaceful, calming, hope-filled restart in 2021.

Our cover star Lily Collins’ character in Emily in Paris is the human embodiment of a funfetti cake: bright, cheerful, and unabashedly sweet. After interviewing Lily herself over Cobb salad and crab gazpacho on a sunny L.A. afternoon, I quickly realized that 1. Lily is also bright, cheerful, and sweet, but 2. Lily, unlike Emily, has many hidden layers (though season two might prove me wrong!). Working with her trusted hair and makeup team, Fiona Stiles and Gregory Russell, we dreamed up a concept that showcased some of these lesser-known layers—darker, moodier parts of her that aren’t often shown, but exist within her just the same. Inspired by Lily’s many sides, our digital issue theme, Dualities, explores the dichotomies that live within all of us and all the broken, messy parts that exist in between. In the issue, you’ll find stories about moving forward after unimaginable loss, losing friendships after racist uncovering, and finding acceptance from our own harshest critic (ourselves). These stories are meant to bring you comfort, new discoveries, and joy (I highly recommend perusing the Brain Hug section if you need a shot of positivity today), and, if anything, remind you that if you look hard enough between the extremes, you’ll often find the one thing that helps all of us keep moving forward, one day at a time, flickering amongst the darkness: hope. On the surface, everything about my lunch date with Lily Collins appears normal. We’re dining in the outdoor restaurant of one of L.A.’s most storied hotels, frequented by Hollywood legends like Marilyn Monroe and Elizabeth Taylor, and famous for its ivy-lined walls, currently filtering in L.A.’s seasonless sunshine. But there has been nothing “normal” about the year of 2020, as the entire world g...

Read More
On the Cover

We're flipping the script and spotlighting the geniuses behind these looks. 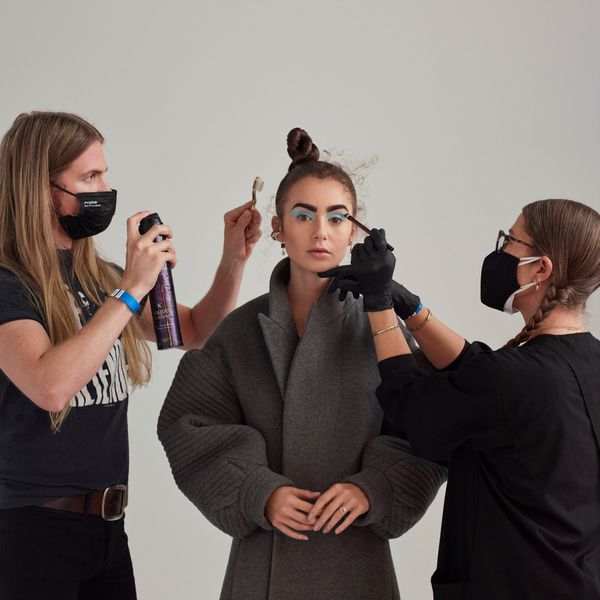 The Year of Realizing Things

On Self-Love and Healing