What Exactly Is Eyeliner Primer? I Tried 2 Different Versions

I know exactly what you're thinking: Eyeliner primers exist? Trust me when I say I thought the same thing. Then, I quickly questioned the point of them, which made me think back to the time before I discovered my holy-grail eyeliner (Bless you, Stila Stay All Day Waterproof Eyeliner). It was a bunch of failed attempts at a jet-black cat eye that would fade to gray after a few hours. By the end of the day, it was barely there. Those were some sad days. So I guess if you haven't gotten your hands on a long-wear eyeliner that works for you yet, there's a need for a primer so your liner stays put.

After a quick Google search, I found out that they kind of exist. Interestingly enough, there isn't a product online that's solely marketed as "eyeliner primer." I used my keen sense of judgment and found two products that were close enough. This is where Urban Decay Ultimate Ozone Multipurpose Primer Pencil comes in. 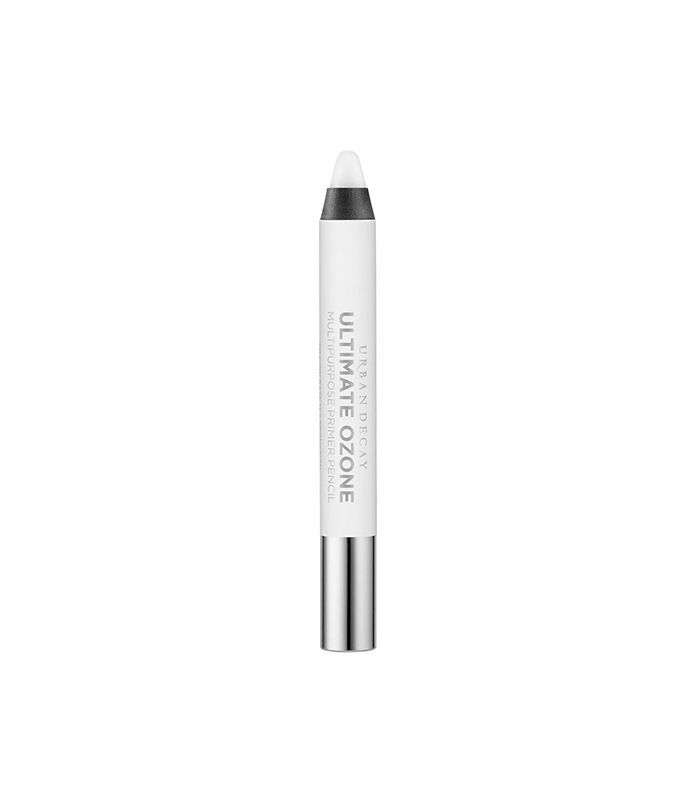 I love anything that makes my makeup last all day—I'm talking sun-up-to-sun-down staying power. As you can imagine, my primer collection stays stacked. It's rare that I go straight home after work. Unfortunately, I usually end up taking off my makeup off late at night when I get home.

I was impressed by the thick tip of this pencil, which made gliding this on top of my lids super easy. Initial reaction: It felt so smooth, which was probably its hydrating blend of jojoba oil. I found it interesting that it wasn't a liquid formula—more like a balm, but for your eyes. I layered my eyeliner on top. On this day, I wore Laura Geller Inkcredible Waterproof Gel Eyeliner Pencil.

By the end of the day, which was 10 hours later, my liner looked untouched.

This is how my liner looked right after applying it paired with the primer pencil (oh, and in case you're curious of my highlighter since it's practically blinding, I'm wearing the new Milani Strobelight Instant Glow Powder):

Hours passed, and I did a quick mirror check—no feathering in sight. By the end of the day, which was 10 hours later, my liner looked untouched. Still as sharp as it looked in the morning. Here's a photo to prove it:

While doing research, I also came across an inexpensive option from E.L.F. The brand creates a product called Eye Primer & Liner Sealer. Sounds like it could work as an eyeliner primer, right? 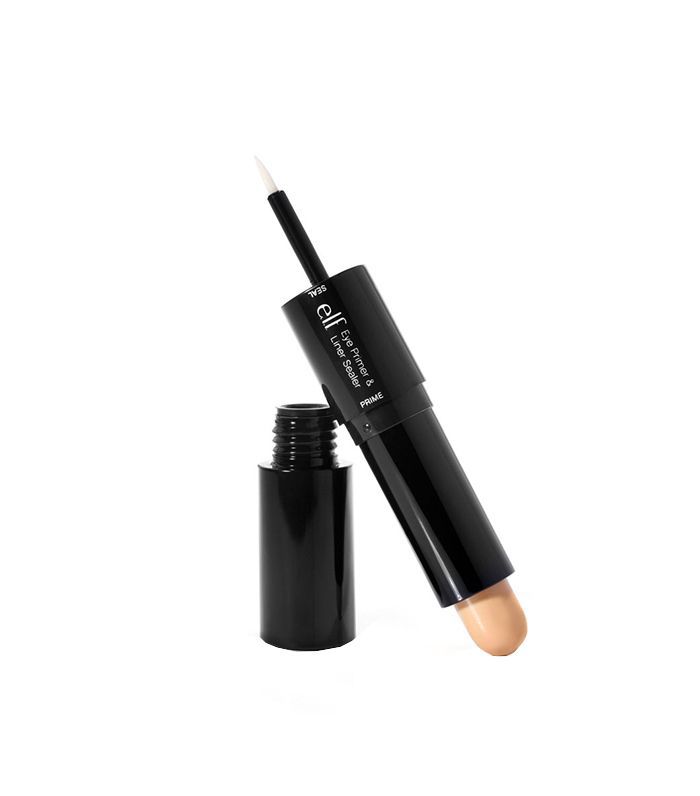 I tried it. The liner sealer has a pointy applicator, which makes it easy to precisely prime the area of your lid exactly where you're going to place your eyeliner. The tip is solid, so the brush doesn't feather. The other side of the stick is an allover eye primer. I decided to stick with my Stila eyeliner for day two.

Here's how my eyes looked with the liner sealer in the morning:

Final thoughts: My eyeliner was smudge-free all day, so I give these primers props. However, that could be due to the power of my long-wear, waterproof eyeliners I wore both days and not the eyeliner primers. I have really dry skin, which means I never deal with oily lids that causes my liner to slip. I'm into beauty but not extra steps on a lazy day. I feel like the true solution is finding a bomb eyeliner that literally stays in place all day.

I wouldn't wear eyeliner primer every day, but I may pick it up on night outs that'll probably turn into early mornings.

Up next, find out how to achieve the perfect winged eyeliner.