The Case for Sugaring Your Brows

What Is Sugaring? How Does It Work? Is It Painful?
Can You Sugar Your Eyebrows At Home? The Aftercare Process

In recent years, sugaring has become one of the most popular methods of hair removal. It's safe, long-lasting, and, typically, causes less pain than waxing and other hair removal processes which is a huge draw, to say the least. Sugaring also tends to be less toxic, using mostly all-natural ingredients in its formula, making it a favorite when it comes to facial hair removal such as eyebrow shaping.

To learn more about sugaring eyebrows, we talked to licensed esthetician Alexandra Accardo and put together a list of things you may want to know before you begin.

Keep scrolling to learn more about the sugaring process and how it works.

Alexandra Accardo is a licensed esthetician at Daphne Studio and Penelope & The Beauty Bar.

Sugaring is an ancient hair removal method that, like waxing, removes hair from the root. While it's a process that leaves behind smooth and long-lasting results on any part of the body, sugaring your eyebrows has become an extremely popular choice because it leaves the area hair-free up to six weeks. It's also a very natural option, in contrast to the traditional process of waxing. "The paste—which is made up of lemon, sugar, and water—is natural," says Accardo. Salt, essential oils, or honey are also sometimes added to the formula. That said, always test any product or DIY formula with citrus on your skin before use (in case you may have a topical reaction).

With how sensitive the skin in the eye area is, a big draw of sugaring is that it doesn’t cling as much to the skin as it does to the hair. Because there's less tugging, It's generally agreed it’s not as painful as waxing, and brows don’t get as pink. With the paste, the pain factor decreases even more because hair is removed in the direction of growth. Sugar can also be applied more than once, which means it's great for if you miss some hair. The gentle nature of sugar allows it to be applied more than once in a row to grab hair left behind. Most wax is only supposed to be used once, with rogue hairs getting picked up by tweezers.

"Sugaring does not stick to live skin cells—only to the hair and dead skin cells—which means less irritation and discomfort," says Accardo. "There’s still a bit of an ouch factor when sugaring, as it’s still pulling out hair from the root, but the feedback we’ve received from our guests is that most find it less painful than waxing."

Much like the exfoliating skincare products that we sometimes use to keep our skin looking new and refreshed, sugaring, can also slough off dead skin cells whereas traditional waxing tends to remove both dead and live ones. That said, waxing can often prove to be too harsh, especially when combined with other products. This type of over-exfoliation can often lead to unwanted redness, inflammation, or removal of the actual skin. Unless the skin is already in an over-exfoliated state, sugaring is less likely to cause irritation. The process of sugaring is also fast and easy. Unlike tweezing, which is great for a hair here or there, both the paste and gel sugar formulas can remove many hairs at once.

Can You Sugar Your Eyebrows At Home?

The short answer is yes. However, it's good to remember that sugaring your eyebrows is different than removing hair from other parts of the face or body because you need the utmost precision. That said, you can shape your own brows at home using sugar, if you wish. We recommend, if you're doing it yourself, using the gel over the paste as it’s much easier to control where it’s placed and removed. If you're in a pinch or want to save money, you can also make your own sugaring wax by mixing sugar, lemon juice, and water. In this form, it can be used as paste or gel, whichever you prefer.

Keeping the skin hydrated is paramount when it comes to decreasing inflammation and reducing the likelihood of infection. Gentle exfoliation, which should only occur 24 hours after treatment, is also an important step in deterring ingrown hairs. Applying soothing products to the area afterward could prove to a big help in nurturing your skin following the hair removal process. Accardo shares, "Salicylic acid is a great option for exfoliating, as is vitamin E and aloe for moisturizing the skin following a treatment."

These products are sure to make your next sugaring experience a complete breeze: 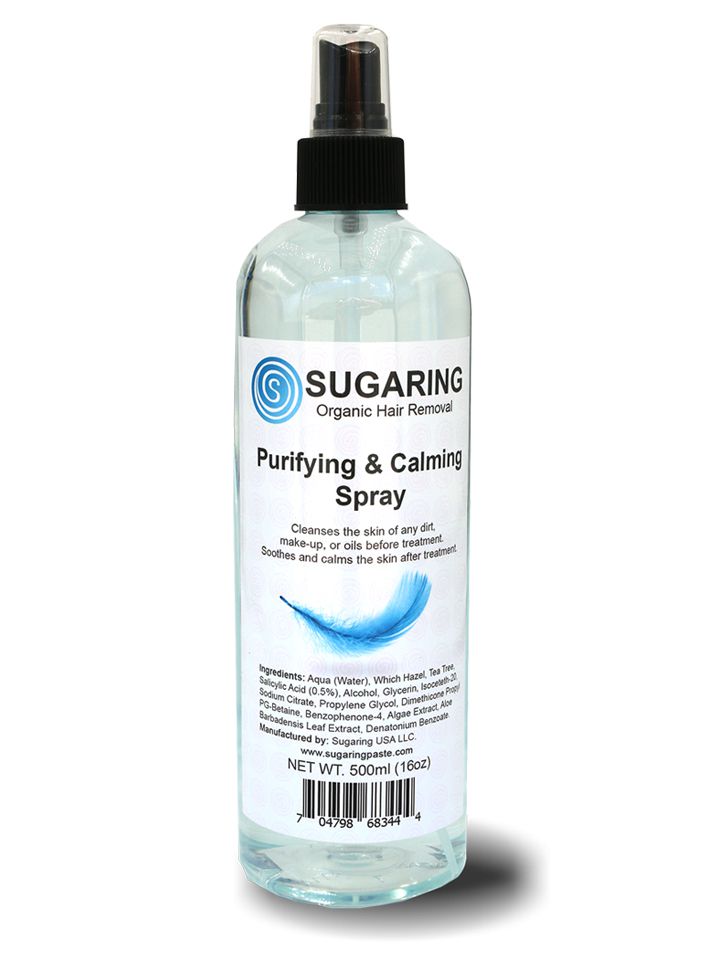 With just a few spritzes of this purifying mist (make certain you're not spray near your eyes), your brow area will feel instantly soothed. Formulated with a blend of salicylic acid, tea tree oil, and witch hazel, it's great for use before and after treatment. It works to clean oil and makeup from the face prior to treatment and can also calm any irritation or inflammation that may occur when the process is complete. 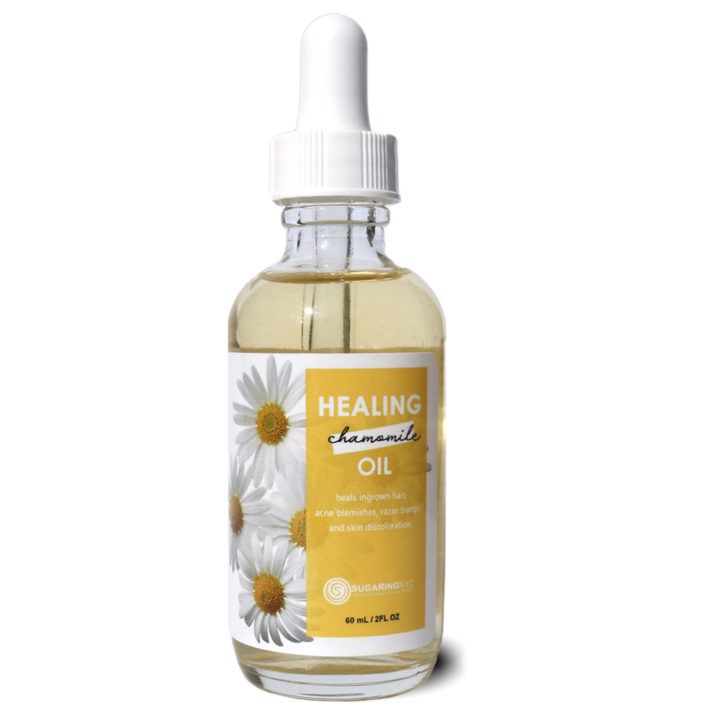 This healing oil works wonders on recently sugared skin, healing razor bumps, ingrown hairs, blemishes, and more. It's made of natural ingredients such as tea tree oil, rosemary, oil, macadamia seed oil, and more to reduce inflammation and comes in a dropper bottle that makes it easy to apply to smaller areas such as your eyebrows. FYI: Tea tree oil can also be inflammatory—always test products on the skin before use.

Sugaring Hair Removal 101: Pros, Cons, and Costs
Article Sources
Byrdie takes every opportunity to use high-quality sources, including peer-reviewed studies, to support the facts within our articles. Read our editorial guidelines to learn more about how we keep our content accurate, reliable and trustworthy.