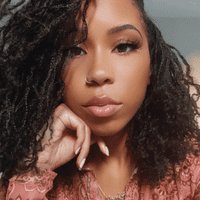 Euphoria has broken the internet in more ways than one. The HBO original's dark and twisted plots, which cover everything from love, addiction, and identity, make for an extreme yet still truthful vision of the universally intense high school experience. At the same time, the angsty teens' costumes might seem to lend themself more to fantasy than actual reality—that is, until you open up TikTok.

Costume designer Heidi Bivens has clearly been working overtime to keep up with these ever-evolving storylines and underscoring brilliant character evolutions in the process. You can see this mirrored in characters' transformations through each episode (especially when compared to fashion choices from the first series) with Bivens's carefully curated mix of both nostalgic vintage and high-end pieces. The once bright and sparkly show has had a tone shift in both storyline and costume with darker colors to emphasize this season's heavier themes. And the internet is soaking it all up and re-creating these iconic looks with pieces from their own closets.

Whether you are #TeamCassie or #TeamMaddy, TikTokers are recreating their favorite Euphoria outfits. Though Alexa Demie and Sydney Sweeney's looks have taken the spotlight at the moment, that has not stopped the rest of the cast from giving us head-turning looks that are setting trends and inspiring the fashion girlies.

Ahead we're breaking down all the TikTok style inspiration to translate Euphoria style to real life.

If you want the Rue (Zendaya) look, we are pulling comfy pieces only. Unlike the rest of the East Highland High ladies, Rue doesn't want to bring too much attention to herself with her style. She goes for a more tom-boyish look juxtaposing much of the cast. Rue opts for anonymity over the runway show that is the Euphoria halls. The way TikToker @denipra re-created Rue's look is worn sneakers, mom jean cut-off shorts/ biker shorts, and an oversized tee or non-fitted cropped tops. Arpine made these Rue looks feel a bit more put together.

In season 1 of Euphoria, when we are first introduced to Jules (Hunter Schafer), she is every bit the Sailor Moon devotee. Jules embraced her femininity in the way she dressed, mirrored by her struggle to feel secure and accepted by the male gaze. In season 2, it's quite a different story. Jules style metamorphosis is immediately apparent (we love her new chop) as she begins leaning more into androgynous fashion pieces. Creator @ebonymaii leans into Jules's signature layering, with a mix of bright colors, flirty mini skirts, and printed pants. The perfect blend of femme and fun.

The chokehold that Maddy's style currently has on the fashion girls! Truly the designated "it girl" of Euphoria, Maddy is known for her daring Y2K-inspired looks worn, of course, with her signature confidence. So far, she is the only character without a drastic fashion overhaul, but that's consistent with her arc: Maddy knows who she is and embraces it. TikToker @korigreyy slayed these Maddy recreations, opting for lots of cut-out dresses, crop tops, and mini skirts. She understood the assignment.

Oh, Cassie. While the character (played by Sydney Sweeney) has a flirtier fashion sense, Euphoria viewers correctly intuited that she's not dressing for herself, but to catch Nate's eye. We see this prominently in season 2: When her love interests change, so does her personal style. She gravitates more towards traditional tropes of femininity in her silhouette and color scheme, trying out everything from country singer vibes to her own best friend's signature style. Creator @allina_ai chose a wrapped blue halter dress with a deep cleavage cut-out. Cassie would approve.

Kat (Barbie Ferreira) has had the most head-turning personal style transformation of the last two seasons. She goes from a shy, less confident styling to her iconic rebrand as a harness-wearing internet personality. In season 1, Kat goes for new goth styles that dovetail with her online persona, whereas in the current season she seems a bit more comfortable experimenting with her look, bringing in more color, texture, and pattern. Creator @sisiiuwu re-created Kat’s look to a T, from the red plaid skirt, leather harness, graphic baby tee, fishnets, and platform combat boots. A classic Kat look.

Team Fexi! Lexi is currently the internet's unproblematic fave (at least, for now). Unlike her peers, Lexi (Maude Apatow) has a conservative prep school-girl style. She is getting a bit more screen time this season, allowing her style to evolve and stand out for what's to come (notably, the premiere of her play in the season finale). TikToker @erika.dwyer nailed this look, pairing long-lined cardigans with plaid pencil skirts, exaggerated collared dresses, and sweater v-necks with belted trousers.