This photoshoot will be out of this world—literally.

Estée Lauder is trading its title of beauty brand juggernaut for astronaut (sort of). According to Bloomberg, the cosmetic brand has put NASA on a mission to escort 10 bottles of its newly reformulated fan-favorite Advanced Night Repair serum to the International Space Station in hopes of creating a cosmic photoshoot like none other.

On September 29, the Northrop Grumman Antares rocket will launch the skincare products into space as part of a scheduled supply run. Once the shipment arrives at the space station from Wallops Island, Virginia early on October 3, the photoshoot begins.

With the goal of producing unique, attention-grabbing photos, the product images of Estee Lauder’s Advanced Night Repair ($105) will be captured by astronauts in the "cupola control tower, which has panoramic views of the cosmos." They will then be shared with consumers on social media.

"I'm a risk-taker, and that tends to basically come with ideas that are a little bit, you know, outside of the normal, traditional ways of doing marketing," said Estée Lauder president Stephane de la Faverie during a panel at the American Institute of Aeronautics and Astronautics's virtual Ascend Summit in August.

In case you were wondering, the astronauts tasked with capturing the footage won't be appearing in any Estée Lauder ads. The space agency's ethics policies strictly bar astronauts from appearing in marketing campaigns.

How much does something like this cost, you ask? The news outlet reports that the beauty giant is spending a whopping $128,000 for the exciting space voyage. When the items return to Earth this spring, the company has plans to auction off one of its well-traveled bottles to charity. 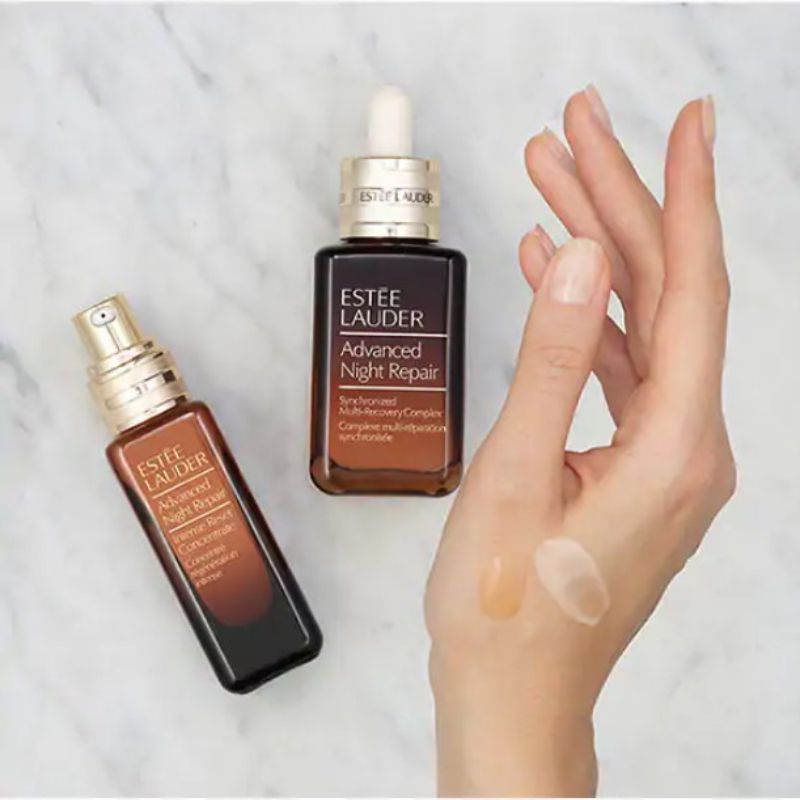 Estée Lauder Advanced Night Repair $75-$200
Shop
Reviewed: This Serum Promised to Repair My Skin Overnight, So I Had to Try It