This Stunning Emmys Look Was Created Using Only Drugstore Products

When you think of the Emmys, the most glamorous moments probably come to mind—we're talking aspirational beauty at its finest. It's fun to see Hollywood's hottest stars step on the red carpet in gorgeous glam. Their makeup and hair looks are executed by coveted makeup artists and hairstylists. We're very into taking mental notes on the products these glam squads rely on to create these looks.

We're even more into beauty looks that are achieved by accessible and extremely inexpensive products. It's true, you don't have to spend big bucks to look like a million bucks. Actress Yvonne Strahovski's bronzed goddess makeup look at the Emmys done by all drugstore products proves it.

The Handmaid's Tale star was done up by makeup artist Amy Strozzi who wanted to emphasize the actress's glamorous side with "sun-kissed cheeks, bronze eyes, bold lashes and a sexy nude lip, which perfectly complemented her bold red dress," says Strozzi. You better believe that every single product used for this beautiful look is under $15 and available at your local CVS. Read on for every single drugstore product used to create this Emmys look. 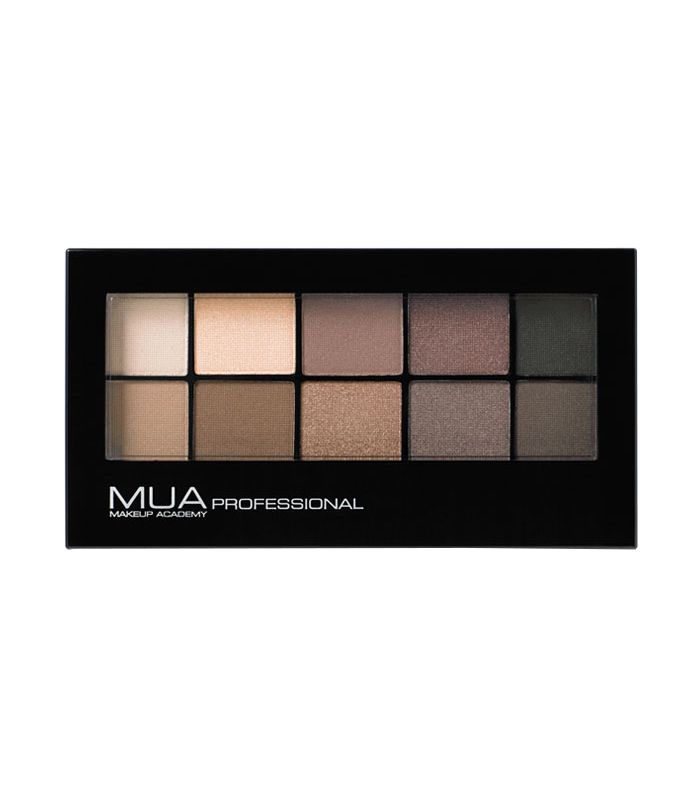 The secret to a flawless makeup application lies in a good canvas. So Strozzi started by prepping Strahovski's skin with Makeup Academy's Illuminating and Mattifying Primer onto the high points of her face and T-zone area to stop shine under those bright lights.

After running a pencil through her brows to give them a little attention Strozzi moved on to those bronzey eyes. To give a smokey, subdued vibe to her lids, she smudged Makeup Academy Pro Color Gel Eye Liner in Chocolate Brown ($6) to her upper and lower lash lines. She went for the light to medium shades from the Makeup Academy Pro Nude Eye Shadow Palette ($10) to bronze out her eyelids, adding focus to her outer corners and lash line with the deepest shades. She applied a few swipes of the brand's mascara up her lashes for extra drama.

Strahovski's chiseled face was sculpted with the brand's pro contouring palette. To make her look even more sun-kissed and glowy, Strozzi brushed on the Makeup Academy Pro Bronzing Palette ($14) to her cheeks. And of course, a highlighter was in the mix. Strozzi patted on the Makeup Academy Pro Highlighting Palette ($14) to the high points of her face and inner corners of her eyes to amplify her glow.

That creamy nude lip was created by filling in over her entire lips with a nude liner followed up with Makeup Academy Pro Color Drenched Lip Butter in Nude ($6).

Next up, see every single flawless beauty looks that stole the show at the Emmys.