Can a Snake Venom Cream Get Rid of Under-Eye Bags? I Tried It.

By now, I kind of just think I should have a running eye cream review column on Byrdie. I try a handful of new ones every week—probably over 100 since I first moved to L.A.—and my current roster, don't gasp, sits at an expansive 20-plus. Eek. Some would say I have a problem, but I would say I just have a healthy passion for reducing the bruise-like shadows beneath my eyes while simultaneously crushing the inevitability of fine lines, wrinkles, and puffiness. The skincare market is extremely saturated with eye-care products, but I devotedly stand by all of my favorite elixirs and have been surprisingly impressed with the majority of formulas I've experimented with. That said, I hadn't come across a particular ingredient or formula makeup that truly intrigued me for a while. Until, that is, the words "snake venom cream" graced my inbox. Obviously, I clicked.

Read on for more about my experience with snake venom cream—and what it did for my skin.

What Is Snake Venom Cream?

After obtaining a few more important details from the brand, I discovered Eight Day's covetable Eye Renewal Cream (the venom-infused product in question) contains dipeptide diaminobutyroyl benzylamide diacetate (dare you to say that 10 times fast), which is a protein bio-identical to one found in snake venom. According to both science and ancient folklore—snake venom has been used for both beauty and medicinal purposes in Eastern cultures for ages—the protein relaxes muscles in a similar way to Botox, temporarily blocking the uptake of sodium by underlying cells, which in effect causes a softening and smoothing effect on fine lines and wrinkles. Yep, dabbing a pea-size amount of the cream onto your eye area is pretty much the IRL equivalent to swooping your face with the smoothing tool on Facetune. 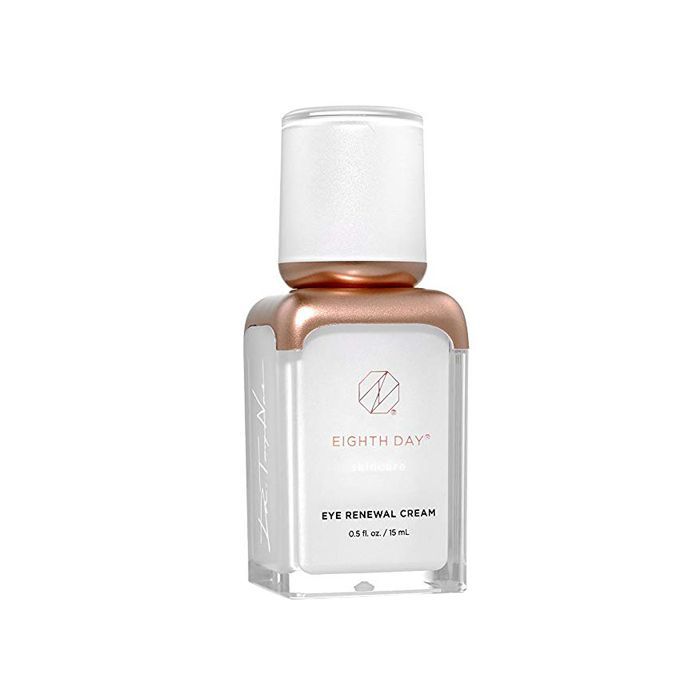 Thus, it goes without saying that my excitement to try the pricey elixir was piqued, to say the least. The white-and-rose-gold packaging, in and of itself, is dreamy. Filled to the brim with the aforementioned venom, Eighth Day's renewing eye cream features the brand's highly unique Active Placental Matrix (also featured in the Regenerating Serum, below), which targets the three main perps when it comes to less-than-bright-eyed-and-bushy-tailed peepers: puffiness, circles, and crepey fine lines. 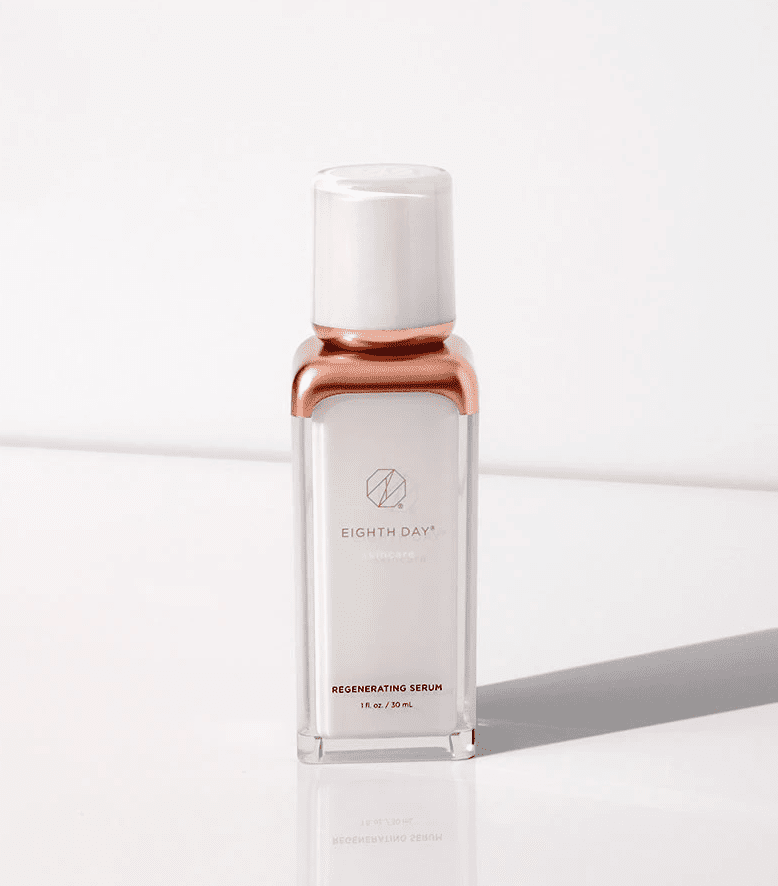 The real draw, of course, is the venom-mimicking dipeptide diaminobutyroyl benzylamide diacetate. "It is a synthetic, bio-identical peptide designed after snake venom," explains Tony Nakhla, MD, a board-certified dermatologist and founder of Eighth Day. "It mimics the actions of a muscle relaxer to temporarily smooth wrinkles. As a reconstructive skin cancer surgeon, I use Botox while wounds are healing to help relax the muscles around the wound. This is especially true around the eyes. This was the inspiration behind this product."

I know what you're thinking: don't all eye creams claim to do that? Well, unlike other eye products on the market, Eighth Day has conducted clinical studies that have proven "up to 52 percent reduction of wrinkles in 28 days, up to 19 percent decrease in the appearance of dark circles in 56 days, up to 25 percent decrease in capillary permeability, and up to 85 percent increases in lymphatic circulation." In other words, in just under two months, there's a big chance you'll be beaming at the appearance of your under-eye area. "Think of this like a topical version of injectable muscle relaxers to help smooth and soften wrinkles," says Nakhla.

How to Prepare for Snake Venom Cream

It's easy-peasy. Start by rinsing and drying your skin. From there, apply a pea-sized dollop under each eye and use your ring finger to gently massage it under your eye and out to the side, where crow's feet are most likely to pop up. Whatever you do, be careful not to get it in your eye. It is pretty much venom, after all.

What to Expect While Using Snake Venom Cream

But back to the snake venom because if you're a curious consumer like I am, I know that's the real reason you're here. According to Nakhla, the Eye Renewal Cream only uses the venom protein that has an active effect on the muscle and in a small enough dose that the effect is immediate and temporary.

According to Nakhla, there are no side effects from using the snake venom cream, and it can be mixed with pretty much anything. That being said, the cream does have a little bit of a smell. I'm not sensitive to it, and it's more, hmm, botanical than anything else, but it's worth bringing up. Additionally, when I've applied it to my eye area, I've noticed a few seconds of subtle stinging, but nothing that's too intense, irritating to my sensitive eyes, or long-lasting.

Like most eye creams, once you apply this snake venom cream, you can pretty much forget about it. The only instance where aftercare is necessary is if you accidentally get any in your eyes or if you find it's causing an allergic reaction. If that's the case, flush your eyes with cool water and seek medical advice.

All that said, I, for one, have personally been loving the instant gratification (and what I've felt like is almost a full-day effect) of the eye cream and think it's a great option for someone who has a fear of needles or is avoiding treatments like Botox. It's also not a bad idea preventatively speaking, and since any kind of venom will automatically enhance circulation, the associated increase in blood flow will effortlessly leave the skin plumped, glowing, and deliciously dewy—all covetable perks I've definitely noticed around my eye area since I began using Eighth Day's elixir.

I love and appreciate the integrity of the formula and the entire Eighth Day product line in general. It's dermatologist-developed, clean, non-toxic, non-inflammatory, and contains pure and potent human-, marine-, and plant-based bioactives. In a nutshell, it's everything I want from an effective skincare product. Therefore, I'm not surprised by how impressed I've been with the noticeable results. My under-eyes instantly look brighter and tauter after application, and I'm convinced the effect has lent a gradual improvement to the look and health of my under-eyes long-term, as well. Yes, this eye cream is definitely an investment, but if you're on the hunt for a truly effective formula, this one absolutely fits the bill.

Up next: The 20 Best Eye Care Products From All of Our Favorite Retailers.