The Truth About Using Egg Whites to Treat Acne Breakouts

Egg whites are a breakfast staple and an essential for making a soufflé, but are they also a choice complexion-clearing ingredient? According to the Internet, you may want to stop using egg whites in your morning omelette and start using them as a blemish-buster. But how much validity is there behind using egg whites to treat blemishes, and is it even safe to do so? Or is this yet another hyped up DIY spot treatment that can do more harm than good? (We're looking at you, toothpaste).

Type of Ingredient: Egg whites are rich in proteins and an enzyme known as iysozyme, which has antimicrobial effects.

Main Benefits: Egg whites have some antimicrobial benefits and also act as an anti-inflammatory. They're slightly astringent and can also help temporarily plump the skin.

Who Should Use It: Generally speaking, egg whites are a better option for treating blackheads or singular pimples, rather than chronic or cystic acne. (Though the derms we spoke with aren't necessarily married to the idea of egg whites as a blemish treatment to begin with, but more on that to come).

How Often Can You Use It: Weekly, according to Hayag.

Works Well With: They should be used alone if you're using them as a spot treatment.

Don't Use With: Avoid combining them with other acne-fighting ingredients, as this can boost the likelihood of irritation.

What Are Egg Whites?

At risk of sounding too obvious, the egg white (technical term: albumen) is the clear, viscous substance surrounding the yolk. From a biological standpoint, its function is to protect the yolk, but the two parts are very different compositionally. "Unlike the yolk, which is high in lipids or fats, the egg white contains almost no fat," explains Hayag. "Instead, it's made up of approximately 90 percent water and 10 percent proteins, including ovalbumin, which makes up about 55 percent of that total protein." Egg whites also contain a unique enzyme, lysozyme, which is not found in the yolk, she adds.

Benefits of Egg Whites for Acne

It's these unique components of the egg whites—that enzyme and those proteins—responsible for the benefits egg whites can (theoretically) have for skin. The key word here is theoretically, so don't head to the fridge quite yet.

Other Benefits for Skin

Side Effects of Egg Whites

Broadly speaking, egg whites fall on the more mild end of the spectrum when it comes to comparable DIY acne-fighting ingredients, says Zeichner. Still, there's always a risk of allergic reaction; it should go without saying, but don't use egg whites topically if you're allergic or sensitive to eggs. Raw eggs also contain salmonella (it's why your mom wouldn't let you eat raw cookie dough as kid). And while the bacteria is more likely to be found in the yolk, putting raw egg whites on your skin does come with the risk of salmonella infection, especially if there's an open cut or wound in the area, cautions Chimento.

We'll cut to the chase—while the three dermatologists we spoke with weren't necessarily vehemently opposed to using egg whites as an at-home acne treatment, they unanimously agreed that there are far better, more effective options out there. "The information we have on the use of egg whites is all anecdotal and I have not seen any scientific studies showing any definitive data," points out Zeichner. Hayag also underscores the lack of scientific evidence, while Chimento notes that even if they do have some benefits, they're not a miracle solution to clear blemishes overnight.

If you do still want to try them, reserve them for either an area of stubborn blackheads—they'll be more effective here since there's an opening on the surface of the skin, as compared to whiteheads or deeper cystic blemishes, says Chimento—or a singular red pimple. In other words, this is not going to solve your chronic, widespread acne. (For that, your best bet is always, always going to be an assist from a dermatologist).

Per our previous point about salmonella, Hayag advises to use only pasteurized eggs in order to minimize the risk of infection. You can also use pre-separated egg whites from the store. Whisk just the whites into a frothy foam (yes, you'll have to separate a few eggs to do this), then use a cotton swab to dab them on as a spot treatment or use a masking brush to spread them onto a larger area—think across your nose, where you'd apply a pore strip. Let them sit for 10 to 15 minutes, then rinse off with cool water. 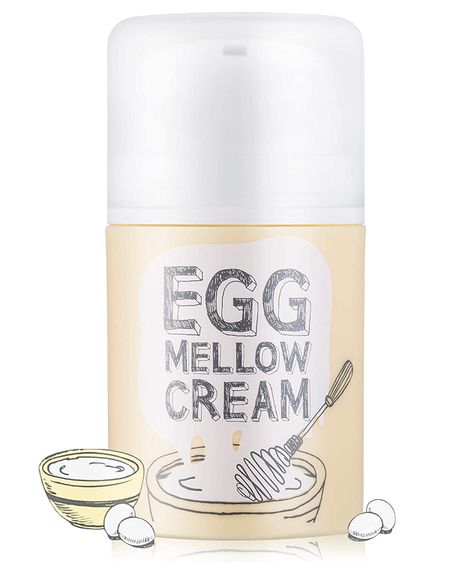 The firming and moisturizing benefits of egg whites come together in this sleeping mask, which delivers smooth, supple, plump skin come morning no matter your skin type. 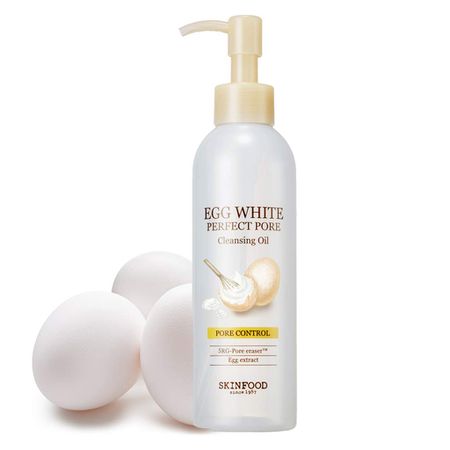 Oily and combination skin types that require a deep clean will appreciate this lightweight cleansing oil that removes everything from stubborn SPF to this morning's waterproof mascara. It harnesses the powers of egg whites to purify, decongest pores, and tighten the skin.

FAQ
6 Ways to Get Rid of Blackheads, According to Experts
Article Sources
Byrdie takes every opportunity to use high-quality sources, including peer-reviewed studies, to support the facts within our articles. Read our editorial guidelines to learn more about how we keep our content accurate, reliable and trustworthy.