How My Eczema Helped Me Scratch My "Creative Itch"

It's been a journey. 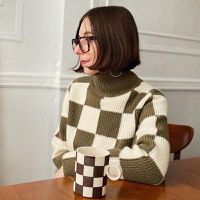 Rachel Schwartzmann
Rachel Schwartzmann is a writer, interviewer, and consultant based in New York City. Rachel has interviewed hundreds of artists and entrepreneurs over the past decade. She currently writes about books, creativity, design, and life/style.
Byrdie's Editorial Guidelines
Medically reviewed by
Julia A. Siegel, MD

One night last November, I was awakened by a stinging pain and an unavoidable need to scratch. The feeling was widespread—from the front of my neck to the backs of my knees. Later, it would mark its territory in other places. Even in the dark, I could picture the redness. The affected areas were hot to the touch. By then, I was already growing used to this sensation. I was a week into what would become a two-month-long eczema flare-up.

According to the National Eczema Association, over 31 million Americans experience some form of the condition. When my eczema went from moderate to severe, it prompted deep reflection about what life would be like moving forward. But to truly accept what was ahead, I first had to look back.

My Body and Movement

There was a time when I knew my body well. Most of my childhood was spent in art class, basketball practice, and eventually, ballet. During the summer of 2006, I traveled from Queens to Manhattan's Upper West Side neighborhood to attend classes at Steps on Broadway, a leading destination for the city's dance community.

The entrance to the school was inconspicuous and situated next to a bustling Fairway Market on 74th Street. When the elevator doors opened to the lobby, we were greeted with an energetic blur of music and voices. It was unlike anything I had experienced before.

My first time in the studio was less picturesque. I signed up for an open beginner-intermediate ballet class, not fully understanding the criteria for each level. As the pianist began playing, a crushing realization surfaced: I was nowhere near where I needed to be to thrive in this environment. The stench of my humiliation flooded the room as I struggled to lift my trembling legs, correctly point my flat, pronating feet, and gracefully execute lightning-fast combinations. I watched my classmates whirl around the room like an unstoppable storm.

An hour later, I hobbled out of the studio with my head bowed and struggled to meet my parents' eyes. My entire body quivered as I tearfully recounted every misstep.

"Well, do you want to come back and try a different class?" My father asked me, his tone leaning more in the direction of a statement.

"Yes, I do," I finally answered, blinking back tears.

In the following months, I pushed my body far beyond what I thought it was capable of withstanding. My heart pounded in my chest, and the elastic from my ballet slippers left the backs of my ankles bloodied and scabbed. Though, at a certain point, the pain didn't register anymore.

Five days a week, I quietly entered the studio, pulled the barre to the center of the room, and began stretching. I let the light streaming through the large windows envelop me in warmth. I learned how to hone my artistry and athleticism. The discipline paid off, affording me a spot at one of the city's leading performing arts high schools, where I worked with the same intensity for the next four years.

Tapping Back Into My Creativity

I spent another sleepless night tending to my rapidly spreading eczema outbreak in early December. To take my mind off the discomfort, I watched a principal dancer's life unfold on screen. As I scrolled through her Instagram feed, my eyes danced across hundreds of images of international stages, tulle costumes, and studio selfies. There is one post, in particular, that resonates. The photo zooms in on the dancer's legs which are decorated in the usual attire (legwarmers, tights, pointe shoes), and directs viewers to what lays beneath: bandaged toes and bruised flesh. It's a stark contrast to her more polished images but a familiar one. With the post still open, I set my phone aside and emptied an entire box of bandaids onto my bed.

It's helped me scratch toward impulses that might have remained dormant had I not been forced to pay attention to the changing landscape of my body.

During moments like this, it's hard not to think about the time when my physicality and creativity were inextricably linked. When I rediscovered my worn copy of The Creative Habit: Learn It and Use It For Life (one of the few relics left from my dance days) shortly after, it felt like a gift.

Penned by renowned choreographer Twyla Tharp, the book details a no-nonsense approach to cultivating a creative habit. Throughout twelve chapters (with correlating exercises), Tharp emphasizes the importance of preparation, rituals, and the hard truth that things will not always go according to plan. I hadn't picked up the book in years, but after landing on the chapter "Scratching," I found pieces of myself on the page.

Tharp describes the process of scratching as a way to unearth ideas. "I'm digging through everything to find something," she explains. "It's like clawing at the side of a mountain to get a toehold, a grip, some sort of traction to keep moving upward and onward." From reading to nature, Tharp shares several ways to scratch for ideas. Creative or not, anyone can do it. The trick is to pay attention.

I realized something important as I took in Tharp's words: For so long, I thought I knew what paying attention meant. But living—and creating—with eczema has helped me understand it better. It's helped me scratch toward impulses that might have remained dormant had I not been forced to pay attention to the changing landscape of my body.

In this way, I don't think it's a coincidence that my creative work (as a writer, interviewer, and consultant) has flourished over the past few months. When your body demands constant care, you have to learn how to put words to a condition that changes in real-time. Creating through the pain helps. Now the question for me has become: What ideas do I need to scratch—or detach myself from—to live a healthy life?

These answers may come in fits, but they are ideas worth pursuing. As Tharp writes: "Scratching is real and tangible. It bloodies your fingernails. The key is not to block yourself; you have to leave yourself open to everything."

Appreciating Who I Am Today

The flow of a ballet class goes like this: You begin at the barre to work on your technique. Then you move to center combinations, and the pace slowly builds. The final portion of the class is typically reserved for grand allegro—the big jumps that make the dancers look like they're flying.

Towards the end of my first summer at Steps, I realized I had crossed a threshold. For the entire season, my teachers gently reminded me to move as if a thread was pulling the ends of my body. With only a few minutes left, I joined the cluster of students leaping in pairs towards the other end of the studio. As I gained momentum—emerging from a glissade into a grand jeté—I caught a glimpse of myself in the mirror. I was soaring, and then seemingly all at once, back on solid ground.

If I choose to observe my body as I would brush strokes on a canvas or feet pointed midair, then I will learn to value my body in the same way I regard the arts.

Since then, almost two decades have passed, but I've started to recognize that girl in my reflection. I remember her strength. As I examine the unhealed eczema patches across my arms and legs, I remember that she found her footing, even as she changed from the inside out.

In the early weeks of January, I saw an unfamiliar sight in the mirror: pale, clear skin. The grey, purple, and red hues of my eczema outbreak retreated for the first time in months. I had to squint to make out the remnants of a palette that's transformed the way I see myself.

I've learned if I choose to observe my body as I would brush strokes on a canvas or feet pointed midair, then I will learn to value my body in the same way I regard the arts. As something worth paying attention to, a work in progress, beautiful.

In the "Rituals of Preparation" chapter, Tharp notes she prefers to work in a "thermal state." It makes sense as dancers rely on warmth to avoid injury, though Tharp also believes in the meditative power of heat. "In that state of physical and psychic warmth, dancers touch their moments of greatest physical potential," she writes. "They're not afraid to try new movements. They can trust their bodies, and that's when the magic happens."

Many summers have passed since I've set foot in the studio. Yet as I enter a new season of life, I'm learning to warm up my body in other ways. Through lenses like slowness, expression, and nourishment, I'm building new muscle memory to get through more difficult flare-ups. Tactically speaking, I'm also working with my doctor on a treatment plan. It's an imperfect process, but it keeps me moving just the same.

And on the nights when I'm awakened by that persistent (sometimes painful) feeling, I remind myself that there are other (creative) itches worth scratching. I close my eyes and try to dream.

According to Science, Loneliness and Creativity Are Linked
Article Sources
Byrdie takes every opportunity to use high-quality sources, including peer-reviewed studies, to support the facts within our articles. Read our editorial guidelines to learn more about how we keep our content accurate, reliable and trustworthy.