I Still Stand By It: The Dyson Hair Dryer Is Worth Every Penny

When the Dyson Supersonic Hair Dryer first launched, everyone got excited. Could the forward-thinking British technology company do for hairdryers what it did for vacuums? (You know, make them cool?) But after seeing the price tag, we were confused. After all, £299 is a ballsy amount to attach to a gadget that historically sells for £200 maximum. Especially when you're a brand known for making vacuums. Yes, carpets are kinda hairy, but it's different.

So what sets the Dyson Supersonic Hair Dryer apart from the rest, and is it really worth the price tag? (Heck, you could spend around £300 on a Staud Macramé Bucket Bag instead.) I met Stephen Courtney, concepts director at Dyson, at the brand's flagship store on Oxford Street. He told me they started working on this hairdryer six years ago. That's a long time when you really think about it. I mean, the London Olympics were six years ago… "Dyson is about solving problems," Courtney told me. And, boy, do conventional hair dryers have some problems. He listed out their poor ergonomics and the fact that they're often slow and heavy. 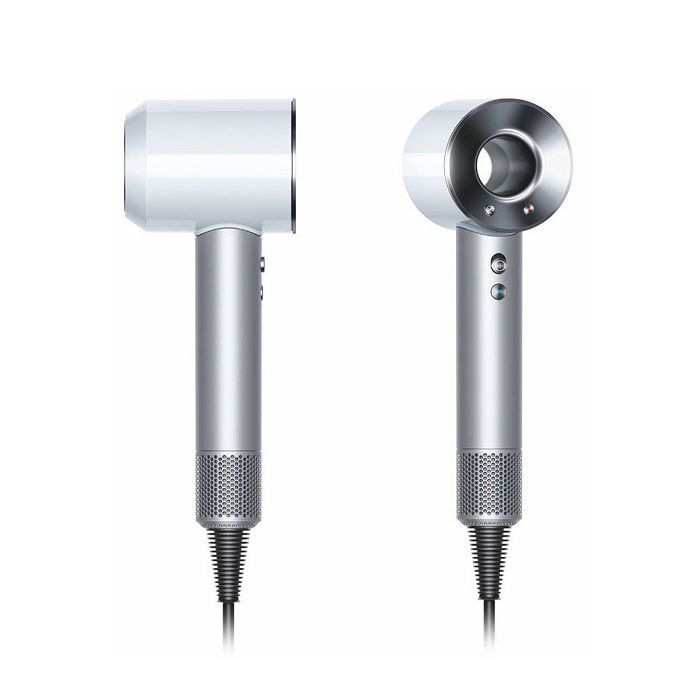 The thing is that a conventional motor in a hairdryer is big, heavy and only spins at 30,000 rpm. Dyson decided if it was to change the hairdryer game, it needed to invent its own motor. The company builds motors for vacuum cleaners, so they know what they're doing, but they just had to make it small. When you realize that both vacuum cleaners and hairdryers run on motors, it doesn't seem so bizarre that Dyson has entered the beauty and grooming space after all.

The motor that made it into the Dyson Supersonic is just 27mm and spins at 110,000 rpm. By making the motor smaller, the brand could place it in the handle rather than on top of the dryer, which is why conventional dryers feel top-heavy and cumbersome. Despite its tiny size, you would expect a motor that powerful to be noisy. The sound is still there, but a lot of it is emitted at a higher frequency (which is inaudible to humans, so it seems much quieter).

The dryer also has "air multiplier technology," which means it draws in 13 liters of air per second through the handle and up to the snout, where it then blasts 41 liters per second at your hair. With everything being so streamlined, the dryer can be smaller and lighter, which avoids the dreaded arm ache.

As for your hair, it dries quicker, but it's also better protected. While the air is flowing, a microprocessor is checking the heat of the air every 20 seconds to ensure it doesn't overheat and damage your hair (there are also four heat settings to choose from). There are different magnetic attachments that come with it, including two types of concentrator nozzle for smoother, shinier styling and a diffuser for curly hair.

For anyone who blow-dries their hair every day or has seriously thick hair that takes ages to dry, the Dyson Supersonic Hair Dryer is a game changer. Having used mine for a good few months already, I'm definitely a convert.

Still not convinced spending £299 on a hairdryer is worth it? Here's the link to shop that Staud bag instead.