This Underrated Product Cleared Up My Cough and Saved My Sinuses

"I woke up without a stuffy nose for the first time in as long as I can remember."

Every October, The Santa Ana winds roll in, and Angelenos brace themselves for fire season.

The last three years have been particularly devastating for Californians and our local air quality. The day after the Saddleridge Fire broke out, L.A. skies were tinged with a familiar smoke and bright orange color. And now, the wildfires are spreading again, filling the city with smoke and smog. I woke up in the morning to the smell of a charcoal barbeque grill filling my apartment. None of my windows were open, yet I could still smell the overwhelming stench of burning. My eyes were watery and my nose was stuffed. It felt all too familiar.

In 2018 during the devastating Malibu fire, I wore an N95 mask everywhere to protect my lungs from the wildfire smoke (which I couldn't have predicted would be a foreshadowing of the current pandemic). The Centers for Disease Control and Prevention website describes wildfire smoke as “a mixture of gases and fine particles from burning trees and other plant materials.” The CDC also notes that, “[wildfire] smoke can hurt your eyes, irritate your respiratory system, and worsen chronic heart and lunch diseases.”

Dozens of homes burned down in Malibu in October 2018, leaving many families homeless. I live just 30 miles from Malibu, and the toxic air of burning building materials, paints, and other chemicals filled the atmosphere. After developing a bronchial cough, I had to leave the state for a few weeks to avoid worsening my bronchitis and further exposure to the toxicity.

During wildfires, the CDC advises to keep indoor air as clean as possible by running an air conditioner with a new filter and keeping the fresh air intake closed. Whenever a wildfire spreads, L.A. residents are strongly advised to stay indoors until the fires were more contained.

As a precaution this year, I decided that in addition to my air conditioner, an air purifier would be a strong preventive measure to safeguard my lungs in case of another natural disaster like the years past. 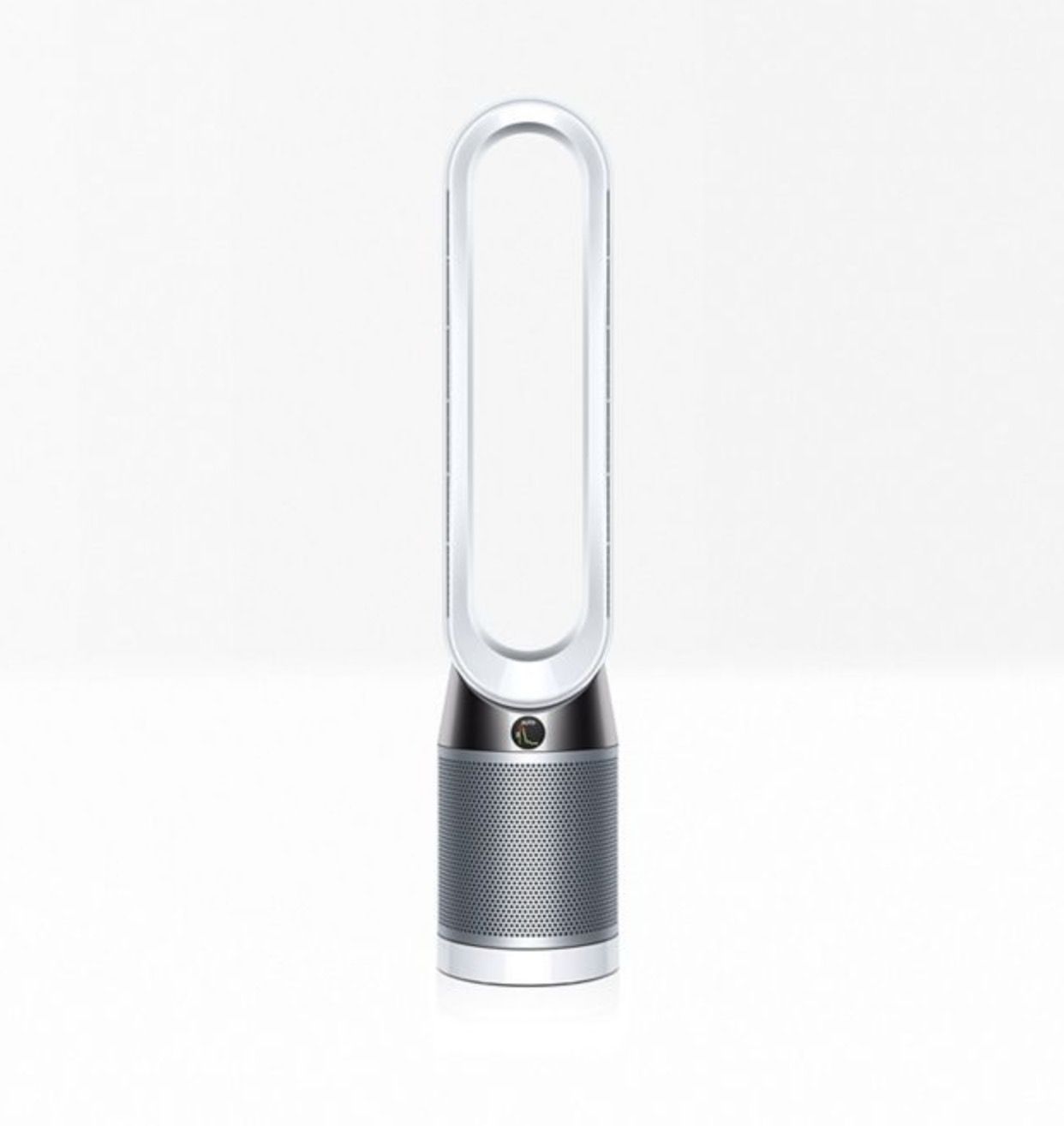 After researching dozens of air purifiers and systems, I opted for the Dyson Pure Cool. It promises to remove 99.97% of pollutants and allergens as small as 0.3 microns. I love Dyson products. The cordless vacuum cleaner is a godsend for a clean-freak like me, and the hair tools have saved my unruly curls from my inability to dry them smoothly on my own. Like my other at-home favorites, Pure Cool did not disappoint. You can even connect the purifier to a downloaded phone app which reads the amount of pollutants in the air, and it feels very fancy.

The purifier comes in two sizes, and I have the larger one. Dyson advises that the larger size is perfect for keeping an entire room purified. I plugged this in during the Saddleridge Fire and the very next morning, my breathing improved substantially after one night’s sleep. The smell of fire and barbeque grills was gone from my apartment, and I woke up without a stuffy nose for the first time in as long as I can remember. It also has an option to blow cool air, which works as a great fan in case you don’t have air conditioning (L.A. temps are still in the 90s during fall!)

The smell of fire and barbeque grills was gone from my apartment, and I woke up without a stuffy nose for the first time in as long as I can remember.

Every time I check the weather on my iPhone, an ominous message seems to flash beside my city: “Unhealthy Air Quality for Sensitive Groups”. I don’t know what this means, or who the sensitive groups are, but I’m sensitive to everything—and it feels scary. Luckily, I haven’t had a sore throat or stuffed up sinuses in the morning and I attribute this to the air purifier. Whether you’re in Los Angeles or any major city with smog, pollution, or you just need to clear some air, I strongly recommend investing in an air purifier so you can breathe easy.