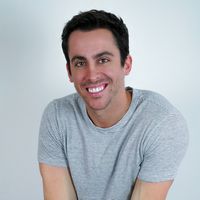 I vividly remember the first time I did something drastic to my hair. My college boyfriend had broken up with me out of the blue, and suddenly, I felt such an all-encompassing, earth-shattering grief—the kind that made my 18-year-old heart squeeze so tightly I thought I might actually die from the discomfort (dramatic, but so was I at the time). I felt completely helpless in my sadness. My ex definitely wasn’t changing his mind, but I needed to take some sort of action and do something to release the ever-present pain in my chest. So I chopped my hair off.

That summer, I booked an appointment at a random local Seattle hair salon and asked the hairstylist to cut off six inches of my hair and give me a bob. Looking back, this was a rash decision, and the end result was a far cry from flattering (those Facebook albums are hidden for a reason), but I reveled in my short, choppy haircut and arrived back at college feeling like a new, empowered woman.

Since then, I’ve treated my hair more or less like a mood ring, whether it be adding (unfortunate) pink streaks during a period of my life when I was feeling stuck, or dyeing it slate-blue after I ended a seemingly perfect relationship when that familiar ache settled into my chest once again. This all goes to say that I’ve done a lot of things to my hair in the past 10 years, but I’ve never gone platinum—until now. Platinum blonde hair dyes have a rep for taking an eternity to work, but I was ready to take it on. Below, find out what it’s really like to dye your hair platinum blonde.

How to Prepare for Going Platinum Blonde

I’ve thought idly about going platinum for a while now but was always too afraid. What if it made all my hair fall off? (It didn’t). What if it didn’t flatter my skin tone? (You can be the judge, but I think it’s okay). What if I regretted it? (I don’t). All of these fears prevented me from actually making the move, even though I've wanted to try it ever since model Soo Joo Park first debuted her career-catapulting platinum 'do back in 2012. One thing to note: don't wash your hair the night before (or day of) the appointment, as it will strip hair of naturally protective oils and may cause increased scalp irritation during bleaching. Also, a deep conditioning mask for previously treated hair done a week before your appointment is essential, too.

People keep asking me if something specific prompted me to finally take the plunge in getting bleach blonde hair, to which the answer is: not really. My line of thinking went more along the lines of, Why the hell not? If I hated it—which, deep down, I knew I wouldn’t—I could always dye it back. That said, I needed to go to someone I could trust—someone who would have the skillful, magic touch of bringing my naturally deep-brunette hair to a silvery, icy platinum without turning it into straw in the process.

What to Expect During the Process

That person would be Christine Thompson, the color director and co-owner of hip SoHo salon Spoke & Weal. I had heard from others in the industry that Christine was an absolute wizard with hair color and knew she had trained many of the colorists at Spoke & Weal who gave some fellow beauty editors their glossy color.

Christine Thompson is a professional colorist and the co-owner of Spoke & Weal.

My appointment was Saturday at 11 a.m., and we hopped on the phone Friday night to discuss my impending transformation. She asked about the last time I had colored my hair (one and a half years ago) and my natural color (deep brunette). Her demeanor was instantly soothing, and I felt a quiet confidence from her even through the phone. I knew I was in good hands. She told me she thought she could bring my hair up to the silvery platinum of my dreams, and we hung up.

The next day, I arrived at Spoke & Weal excited and ready for my platinum transformation. Christine, who wears glasses and possesses a head of envious, buttery-blonde hair herself that shimmers in the light, immediately put me at ease. I asked her all of my questions, and she took the time to explain exactly what she would be doing, how long it would take, and every detail of the process. “Bleach or enlightener is decolorizing the hair by breaking up the natural melanin in the hair,” she explained to me when I asked what exactly happens to my hair during a double process. “It actually doesn’t affect the follicle at all, but it does lift the cuticle, and if not done correctly, it can damage the cuticle.”

“Anyone with hair that is in good condition can be platinum,” she explained. “Previously colored hair is a little trickier. Overly processed hair where the protein in the hair has been broken down or the hair has been weakened would not be a good candidate.” She said that because my ends used to be lighter and have darkened over the year and a half since I got them colored, they must have accumulated something on them (most likely a result of showering with hard water) that might react well to the bleach, or may not. “The scalp always lifts really nicely because the heat of your body helps to process it,” she told me as she started brushing the bleach through my hair. “That’s actually much easier to lift than the actual ends of the hair. The hair at the ends will be the most challenging.”

Should My Colorist Be Using Heat While Bleaching My Hair?

The process would go as such: Christine would apply the bleach to my scalp and through my hair to lift the color. Then, we would either move on to a strengthening treatment and toner, or we would have to redo the entire process depending on how my ends lightened. “You might look like a calico cat for a bit,” she warned.

At around 2:30 p.m., with a head full of bleach, my scalp started tingling and then grew into a more intense feeling that felt similar to a sunburn. Christine had warned me this would happen, so I didn’t feel surprised. Also, I had read accounts from other people who've dyed their hair blonde and knew this was coming. Honestly, it wasn’t nearly as bad as I had feared. On a scale from one to 10, I would rank the pain a three. It was really more just uncomfortable and slightly itchy that anything near excruciating. But it all depends on your own scalp. Christine said that for some people, the pain becomes so unbearable that she’ll have to stop the process altogether and tone the hair back down to natural. Luckily, this wasn’t the case for me and my historically questionable pain tolerance. (I cried when I got my eyebrows microbladed, but to be fair, it was sort of out of pain but also sort of involuntarily because the blade was so close to my eye that it just started watering, okay?).

After the first round of bleach, my hair had turned into the delicate shade of a dehydrated person’s pee. Sure enough, the undyed hair near my scalp had lifted to a much brighter shade. It was my ends that needed another round, just like Christine had predicted. So again we went. At around 4:50 p.m., we had almost finished the second round of color processing. This time, Christine focused on the ends and thus, no scalp pain.

One of my biggest fears of going platinum was that my hair would be extremely damaged afterward, but Christine assured me that her technique prevents that damage from happening. “Oftentimes, people are lifted too high and get too light when they go platinum,” she explained. “This means there is no protein left holding the hair together. You want to lift your hair color until you see a soft, buttery yellow, and then use a toner to create the platinum look.” In other words, instead of using bleach to get my hair to the cool, shiny platinum shade I wanted, she would use bleach to get almost there—then use a purple-hued toner to give the illusion of platinum. I was all for it.

After the second round of bleach, she led me to the shampoo bowl for the grand finale. Her team applied a protein treatment, then a moisture treatment, then two different toners, then a pH balancer to stabilize all of the chemicals. I think I actually fell asleep here for an extended period of time, which was more than okay with me.

When I finally sat down in the chair for my last blow-dry, I could already tell my hair was going to be the platinum shade of my dreams. The part I was not expecting was how long my hair had turned. It was nearly down to my butt, and I was in shock when I saw the photo from behind. To me, this speaks to the testament of Christine’s skill—not only was she able to lift my dark-brown, partially highlighted hair up to a cool, crisp platinum in just one day, but she had managed to keep the length as well. In the end, I decided that I wanted something a little fresher (read: less Asian Malibu Barbie), so hairstylist Dhiran Mistry gave me a choppy, lightning-fast cut that landed just a little below my shoulders.

Christine recommended I use gentle hair products and avoid anything that promised to add volume in order to keep my hair strong and healthy. “They’ll make the texture of your hair feel rough and unmanageable,” she warned. “You want to use products designed to strengthen and moisturize. Treatments are always a good idea. You don’t have to continue to layer on protein-infused products, but you'll want to have a nice balance of moisture and protein.” She recommended Aveda’s Dry Remedy Moisturizing Shampoo ($33), along with Christophe Robin’s Baby Blonde Hair Mask ($53) to keep my color bright. I rarely use heat tools, but she recommended that when I do, to always use a heat protectant before. Otherwise, the heat could turn my hair yellow. I left knowing that I’d be back in four weeks for a root touch-up. Mostly, my hair just requires exponentially more moisture in the form of hydrating and oil-based products. I've been applying Bumble and Bumble Hairdresser's Invisible Oil ($42) before bed every night and in the morning to keep it looking soft and silky.

It’s been a little over a week since my platinum transformation, and my hair feels as strong and healthy as ever. I’m beyond thrilled with the result and so glad I finally decided to take the plunge and switch to Team Platinum. Yes, my hair texture is definitely rougher and I got quite the shock the first time after I shampooed and my hair air-dried to a shape best described as an extreme poof (I underestimated the amount of oil my hair needed), but overall, the whole process and aftercare hasn't been as high-maintenance as I'd feared. I'm glad I found someone who was able to bring my hair to the perfect shade of platinum for my skin tone without leaving my hair feeling like straw. A co-worker recently said my new platinum shade oozed "K-pop appeal with a New York influence," and honestly, what greater compliment could you ask for?

How to Take Care of Bleached Hair
Article Sources
Byrdie takes every opportunity to use high-quality sources, including peer-reviewed studies, to support the facts within our articles. Read our editorial guidelines to learn more about how we keep our content accurate, reliable and trustworthy.