Drybar Perfected the Blowout Bar Concept (and These 10 Products)

Why have a good hair day when you can have a great hair day? 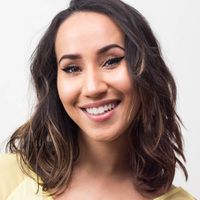 Marianne Mychaskiw
Marianne Mychaskiw is a freelance writer and editor based in Brooklyn, NY. Her coverage of beauty and wellness has been featured in publications including InStyle, Who What Wear, ELLE, Marie Claire, and more.
Byrdie's Editorial Guidelines
We independently research, test, review, and recommend the best products—learn more about our process. If you buy something through our links, we may earn a commission.

It’s the brand that launched a thousand blowout bars. Prior to the birth of Drybar, one would be hard pressed to find a salon that catered exclusively to blowouts. Sure, you could swing by a traditional salon for a blow dry and styling session, but salons that catered exclusively to blowouts—no cuts, no color, just blowouts—were pretty much non-existent. Today, the Drybar brand boasts locations all over the US, two international outposts, a successful product line, and countless doppelgänger salons in its wake.

The brainchild of founder and pro hairstylist Alli Webb, Drybar initially began as her entrepreneurial side hustle, then named Straight at Home. “After moving from New York to Los Angeles, Alli started getting the itch to do something for herself again, and began driving to other women’s houses to give them $40 blowouts,” says Jeremy Morgan, CEO of Drybar’s parent company, WellBiz Brands. Unsurprisingly, word traveled fast and she was quickly overwhelmed with clients. With that, Drybar was officially born in 2010, and the first salon was established in the Brentwood area of Los Angeles.

Based In: Irvine, California

Best Known For: Establishing the concept of the blowout bar, with hairstyles and products bearing tongue-in-cheek happy hour-themed monikers.

Most Popular Product: In salons, the Detox Dry Shampoo reigns supreme, followed very closely by the Liquid Glass Sealant. Online, the Triple Sec 3-in-1 is the top-seller with the best ratings, followed by the Full Pint Medium Round Ceramic Brush.

That first salon quickly multiplied, with locations opening across the US, each staying true to the Drybar DNA—from the cheerful yellow color scheme and classics like 13 Going on 30 consistently playing on the TVs, to the tongue-in-cheek hairstyle menu with blowout options sharing the same monikers as your go-to cocktail order. “We know it’s not just blowouts we are selling, but the happiness and confidence that comes from the experience of visiting one of Drybar’s salons, where clients can always count on the best music playlist, their favorite movies playing on the TV, and being greeted with a glass of champagne,” says Morgan.

Like the bars and pubs to which Drybar salons paid their homage, the blowout bars became popular outposts for after-work pick-me-ups, BFF dates, and even client meetings (yes, really). The launch of Drybar’s product line in 2013 allowed customers to extend that experience into their homes, with clever names following that cheeky bar vernacular, complemented by high-performance formulas and indulgent scents to boot. In developing the range, Drybar enlisted the help of over 1,000 of their salon stylists to ensure each and every item they produced could take the heat (pun intended), and tweaked the formula based on the feedback given. The line of nine products and seven styling tools initially rolled out to Sephora, QVC, and Drybar salons to resounding success, and the range has only continued to expand from there, with the brand now counting Ulta, Nordstrom, HSN, and Target as additional retail partners.

Similar to the weather-proof blowouts they’ve become so known for, Drybar’s presence in the hair realm has proven to be a lasting one—due in part to their stellar products and user-friendly hair tools, no doubt. 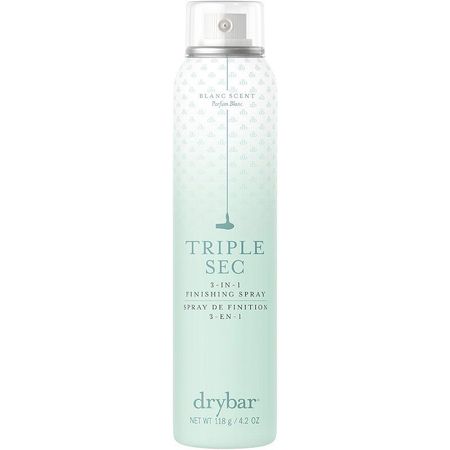 Consider this texturizing spray to be the zhush you give to second-day strands, bottled. A single spritz helps to instantly refresh volume and movement for a cool, tousled finish, while microporous minerals help to separate strands and absorb excess oil. 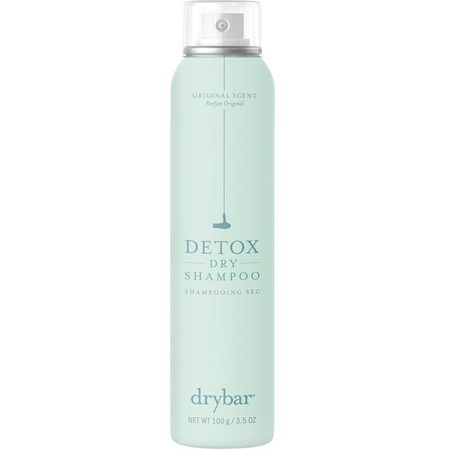 According to Morgan, this award-winning dry shampoo is one of the most-popular in-salon purchases, and with good reason. A blast at the root area can help to extend the life of your blowout, and dries down to a matte finish to conceal any excess oil. Plus, since it’s available in six scent options, it’s easy to find one that compliments your signature. 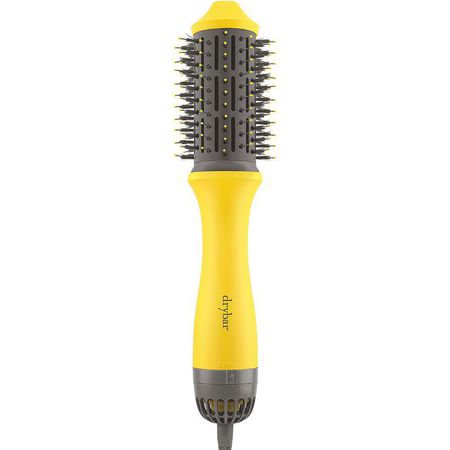 It’s like a blowdryer, round brush, and Drybar stylist rolled into one streamlined tool. This multi-tasking blow dry brush eliminates the need to juggle multiple tools, and also comes available in a larger barrel size for longer strands. 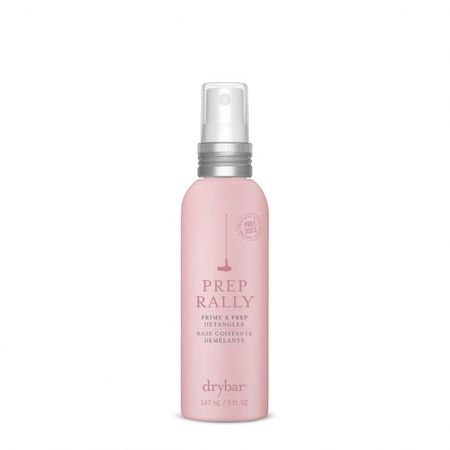 A light veil of this vitamin-rich mist onto wet hair creates a preventive shield against your heat tools, while helping to detangle any stubborn knots. 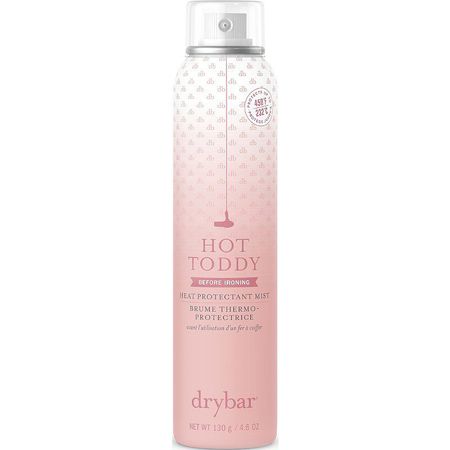 Now available in a beachy coconut scent, this heat protectant mist can be applied directly to dry strands, and helps to shield hair against damage from temperatures up to 450 degrees Fahrenheit. 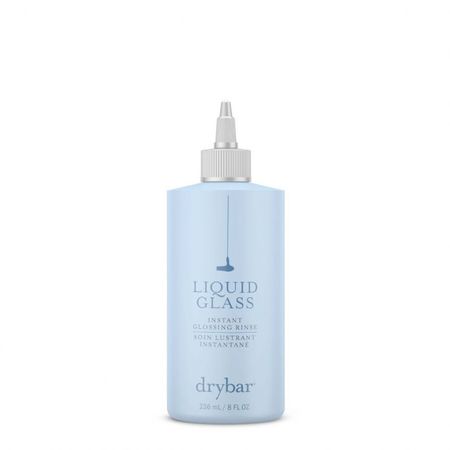 This instant shine-boosting treatment only needs to sit for 10 seconds before rinsing to take effect, and according to Morgan, is one of the most-requested add-on treatments in the salon.

On the Rocks Clarifying Charcoal Shampoo 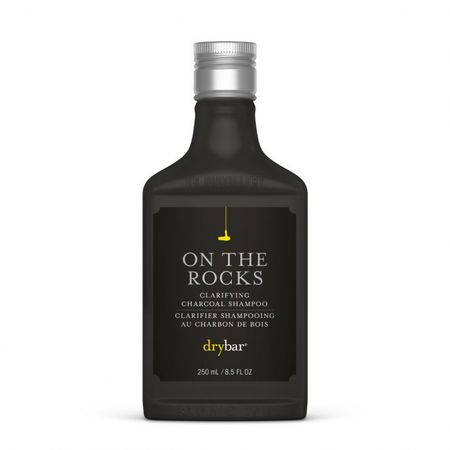 If you’ve been heavily hitting the dry shampoo on to preserve your blowout, this activated charcoal-infused formula will help to completely remove any excess buildup without stripping your strands of moisture. 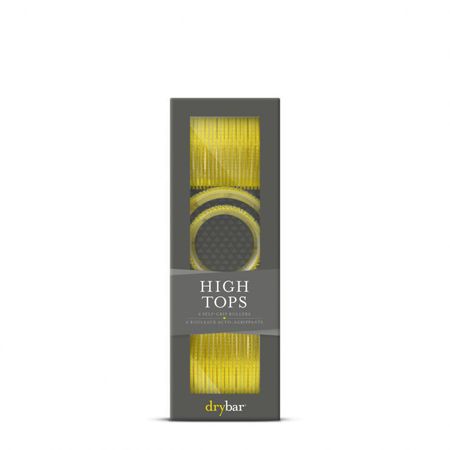 Pump up the volume with these velcro rollers, which stay in place to give your roots that extra boost, but can easily be removed without snagging or pulling hair. 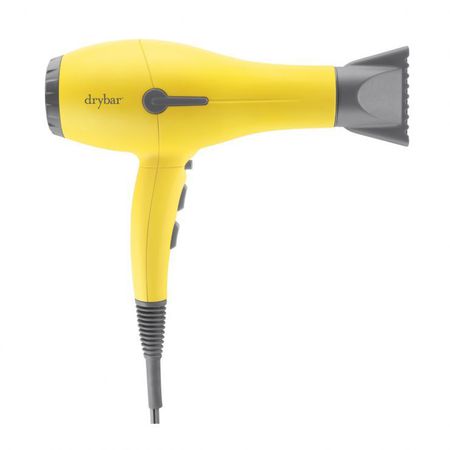 It’s the hair dryer that launched a sensation. The OG Buttercup is claimed to reduce drying time by 20% in comparison to its competitors, thanks to its 1875 watt motor combined with ionic technology.

Consider this round brush the Robin to the Buttercup’s Batman. While they could technically defend Gotham solo, they work so much better together. The specific way the brush is ventilated allows for the right amount of heat and airflow to impact the hair and help lock in the shape of your blowout.