I've often thought about what it would be like to have Drake in my home, but it makes sense that this is how it would finally happen. Today, Drake dropped a candle collection, Better World Fragrance House, complete with sleek packing, giftable names like "Williamsburg Sleepover" ($48) and a signature scent called "Carby Musk" ($80) that allegedly smells just like him with notes of amber, musk, and cashmere.

His collection, available only through Revolve for now, sold out immediately but while you wait for the restock of Drake-themed fragrances to burn while listening to Marvin's Room remixes and trying not to text your ex, there are plenty of other celeb-scented candles to keep you busy sniffing. In fact, candles seem to be overtaking the once-ubiquitous celebrity fragrance as the signature item of choice for musicians, actors, and influencers, who are all clamoring to get in on the sweet-smelling action.

Travis Scott continues his (nearly complete) quest for global domination with this month's release of his new fragrance and candle with Byredo, the cosmic-themed Space Rage. It's unclear exactly what this smells like yet as its product description cryptically mentions "top notes of cosmic dust and antimatter particles" but Cactus Jack has yet to ever let us down, and it's doubtful that he'll start now.

Campy country queen Kacey Musgraves was an early adopter of the "merch candle", releasing this amber-and-black-pepper-scented candle to be played while enjoying her newest album, Golden Hour. Always one to go above and beyond, however, Musgraves also offers matching rose gold wick trimmers and boxy lighters, all of which are emblazoned (lol) with fire puns from her songs. 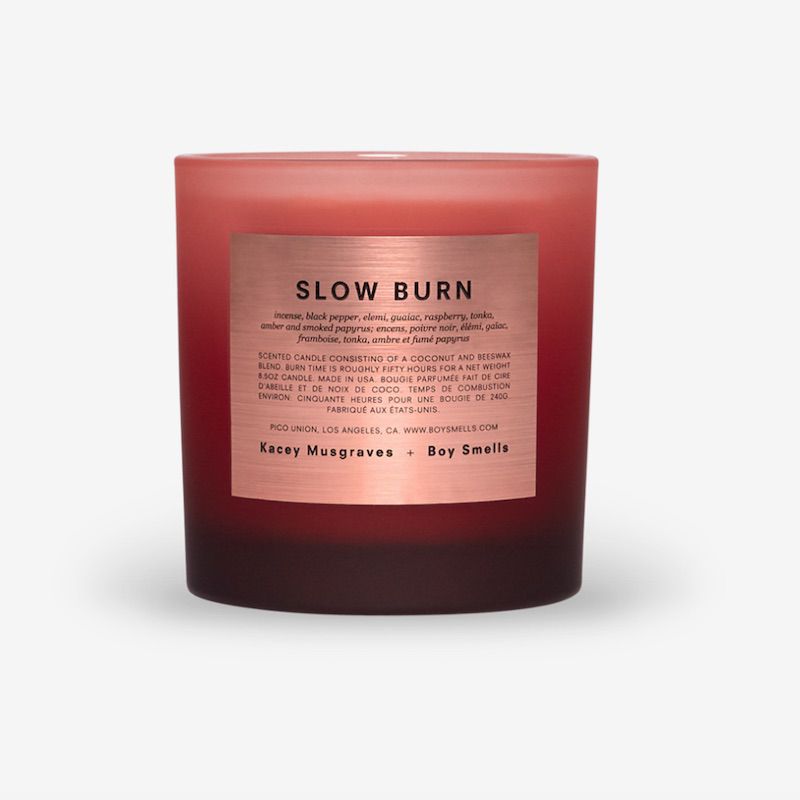 Gwyneth Paltrow made headlines earlier this year for her controversial Goop x Heretic candle collaboration, with the first scent boldly named "This Candle Smells Like My Vagina." Among the outraged, few actually had the opportunity to smell this candle—and if they had, they'd probably be instantly relaxed and no longer pressed over a stranger's candle line. I would describe it as surprisingly incredible, with geranium, rose, and cedar. If this candle actually smells like GP's vagina, then her vagina smells like an enchanted garden. Though she released a subsequent candle called "This Candle Smells Like My Orgasm", nothing beats the first one. 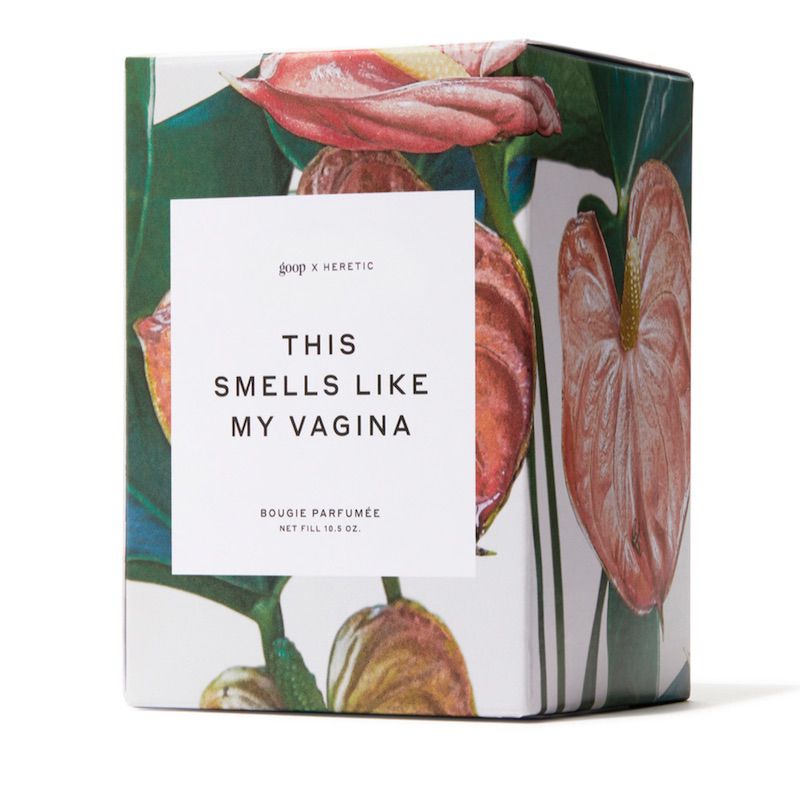 Goop x Heretic This Candle Smells Like My Vagina $75
Shop

Nothing, that is, except for Erykah Badu's own vagina-scented incense. She said the people deserve it, and she's not wrong. Gloriously named "Badu's P***y", the $50 incense sticks sold out in 20 minutes and smelled of strawberry and essential oils. And you know what? I think about it every time I walk past the Erykah Badu mural near my apartment.

Taylor Swift is only just now making her way into the candle game, which is surprising considering autumn is basically her brand. The campfire-and-winter-forest-scented candle, called "For The Hope Of It All" after a lyric from her new album, lived on her site for several excellent seconds before selling out worldwide.

Considering every celebrity candle is flying off the digital shelves, we have just one humble request: more, please!