I Tried the Anti-Cellulite Cure Supermodels Love—Here's What Happened

I never understood what the deal with dry brushing was. It perplexed me. I was simultaneously confused and disinterested by the idea, so much so I elected not to even google the darn thing. I'd hear references to it in mainstream media, and this was, more or less, my thought process: What are you (any of you) talking about? Why would someone take a dry brush and brush their body? I can't. Mentions of lymph nodes and circulation just sounded esoteric and, frankly, false. I was firmly in camp "never trying dry brushing because no/why."

But hey, as I've learned over and over again, you really can never say never—especially as a beauty editor. When I discovered that one of dry brushing's biggest claims to fame is reducing cellulite, I had to put it to the test. Because I'd tried a lot worse than dry brushing cellulite away. Still, I was curious whether it'd really work. Keep reading for what happened when I tried dry brushing cellulite for the first time.

What Is Dry Brushing?

Dry brushing is an exfoliating technique that involves a dry (who would've guessed?) stiff-bristled brush—most of which ring in between $10 and $40. When rubbed on dry skin in circular motions, dry brushing is said to offer a plethora of positive results. Nevertheless, many people are nervous to try the model-approved technique given its rather abrasive feel. 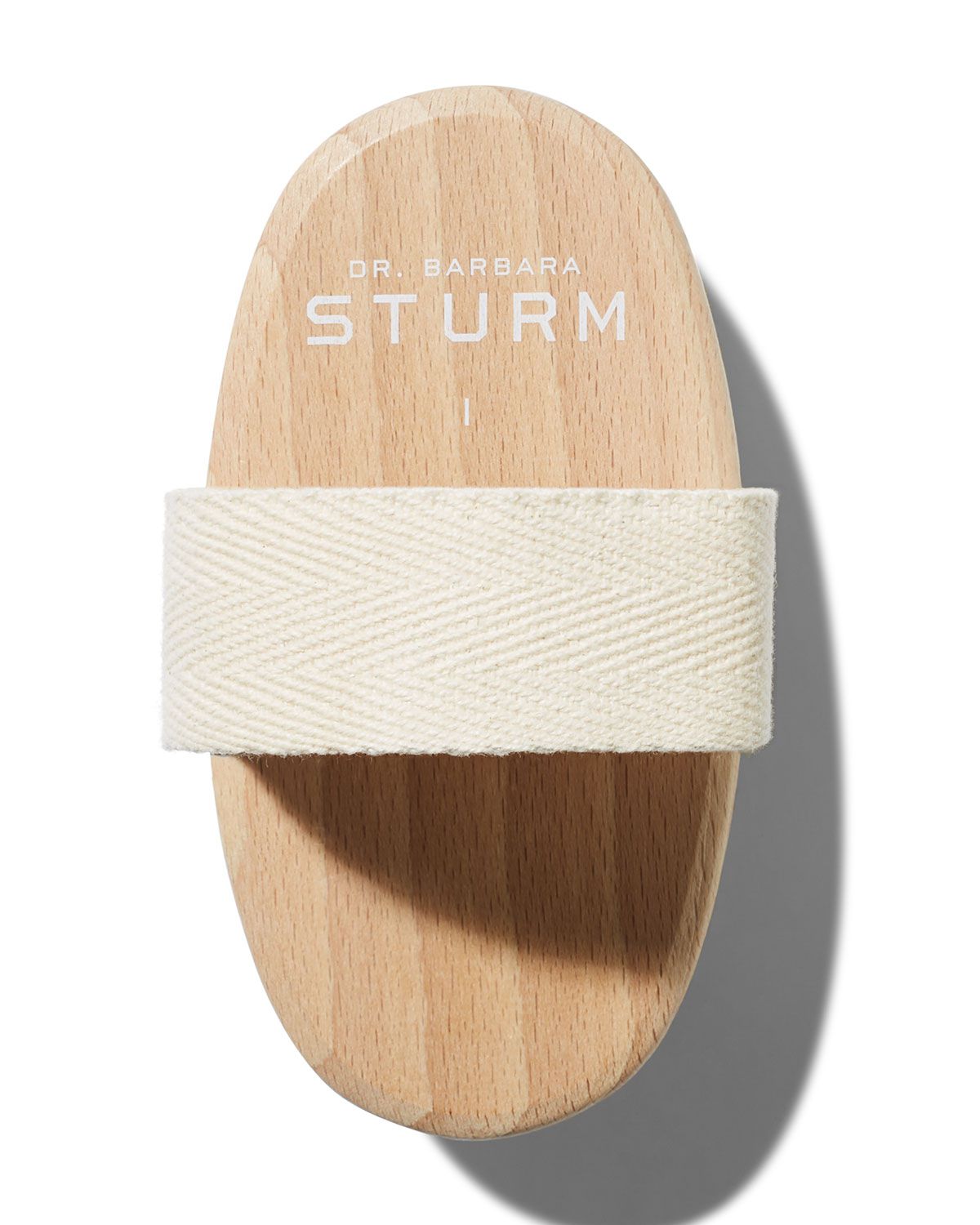 Notice how cellulite didn't make the list? That's because, through my research, I learned that, while many models will have you believe that dry brushing cellulite is nothing short of a miracle, there's simply not research to whole-heartedly support the claim. That's not to say that dry brushing isn't beneficial, rather that it's applauded for other reasons—namely exfoliation.

How to Prepare for Dry Brushing

By now you can probably answer this on your own, but here goes: Your skin must be dry. It's important that your skin is dry so that the brush can adequately rub away built-up dead skin cells. When said cells get wet, they're more likely to adhere to your body, leaving it with a dull complexion once actually dry.

What to Expect During Dry Brushing

I ordered a dry brush off Amazon, but you can purchase one at a local health food store or even Whole Foods. The ones with handles are supposed to be long so that you can flip it over your back and get hard-to-reach places, which I quickly learned you very much need. However, a palm brush works well too, depending on your flexibility. Experts say you can dry brush either before or after the shower, just that either way, your skin has to be dry. Not a lick of moisture, or the dry brushing isn't going to be effective.

And that was that (read: a process). It took about 10 minutes start to finish, and I was confused from the very beginning by how unpleasant the experience was. Dry brushing hurts! My body skin isn't super-sensitive, but those bristles are tough, and I cannot say I enjoyed it. My skin got red, and I began wondering if I was going to regret dry brushing—I would've been upset if my skin was going to be itchy and irritated the rest of the night. Luckily that didn't happen; there were no lingering effects of the dry brushing. General recommended guidance is starting out at one to two times a week, so that's just what I did. After two weeks, I increased to three times a week and tried alternating before the shower and in the morning.

Dry brushing comes with an array of benefits, but they're not universal. If you have sensitive or reactive skin, dry brushing may not be for you. After all, on its own, when paired with perfectly health, non-reactive skin, it's likely to cause slight redness, so pairing it with already-inflamed skin is just asking for trouble. Instead, look for a gentler exfoliation process or, if you're determined to dry brush, a brush with softer bristles.

Given one of the best times to dry brush is before a shower, it only makes sense that the next step is to hop in and rinse off. If, however, you opt for dry brushing after a shower, just be sure to deeply hydrate skin afterward.

That brings us to the end of my experiment. After a month of dry brushing, I have unfortunate news: I am sad to report this, but I cannot say I noticed a single visible improvement in the cellulite on my outer thighs. I wish I could say otherwise, but dry brushing didn't do a thing for the unfortunate affliction that is cellulite. And, it's not just me. According to the Cleveland Clinic, there's no real evidence that dry brushing is a be-all, end-all cure for cellulite. Instead, they point out that what many devoted dry brushers might take as a reduction in cellulite is actually an increase in volume thanks to the plumping effects on the skin.

That said, I came to quite enjoy the routine, and perhaps it was psychological, but I did feel like I was doing something genuinely good for my body—something almost therapeutic and healthy, like stretching, meditating, or exercising. Even in the morning, it felt like energizing me for the day ahead; at night it felt like I was brushing away the toxins and stress of the day. Ultimately, I don't see any real downside to dry brushing other than maybe the time it takes. However, I certainly am not its most passionate fan.

Up next: Discover the right way to use a sugar scrub, according to a dermatologist.