I Used to Be a Lesbian: Now What Am I? 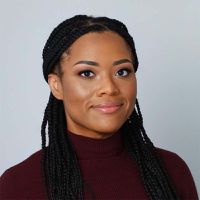 “As the world becomes more comfortable with the gender continuum, how we love those at all parts of the continuum is a topic of needed conversation,” said Theodore Burnes, PhD, a licensed psychologist who serves as director of training and education programs at the Los Angeles Gender Center. And it's true. No matter how many boyfriends I had in my teens and early 20s—and I had a lot—I always knew I didn't enjoy sleeping or partnering with cis men. I came out in my mid-20s as a lesbian and considered myself one henceforth. Until, that is, I wasn't one anymore.

The fact was pointed out to me by a trans guy I was dating. In recent years I’d moved from favoring masculine cis women to landing repeatedly with trans men. My beau told me that by insisting I was gay, I was invalidating his gender. He was right, of course; my referral to myself as a lesbian was an unconscious erasure of his maleness. And by my claiming to like him despite being a lesbian, I was reducing his identity to one centered around his gender—when in reality gender is only one element of a person. I did some soul searching because the last thing I wanted was to harm someone else with the words I used for myself, and the result was my retiring labels of gay and lesbian.

I'd clung tightly to those words in part because I’d found a home in the world of women who love women. Alo Johnston, LMFT, says, “For many people labels are the first time that they think, 'Oh thank god, there are other people like me,' and then that allows them to find their communities.” However, Johnston has found it common for identities to evolve in this realm, expressing that, “People’s identities often become more complicated and nuanced with time.”

Burnes points out something else important about identity: “We as a society need labels so much—and there are times where we are so stuck on a label that we deemphasize what we are labeling.” When I look back, this rings true; I was indeed more attached to the identity than to what it actually entailed. Identity politics are tough because the more we focus on them, the less we allow for the inevitable evolutions in thought, belief, and perspective that occur over time as we grow.

I also felt attached to the descriptors of gay and lesbian because as a femme-presenting cis woman, the years I used those descriptors involved a good deal of fighting for visibility. I was never perceived as gay unless I was physically with a partner whom society viewed as another woman. Forgoing gay as a label felt like all those years trying to be visible had been for naught, and by not dating women, gone was that visibility I'd been accustomed to receiving via my partner.

Identity politics are tough because the more we focus on them, the less we allow for the inevitable evolutions in thought, belief, and perspective that occur over time as we grow.

Burnes says that when relationship visibility changes, “Themes of grief, sadness, excitement, building and establishing norms, and understanding new norms,” are bound to occur. When I presented this feeling of loss to my own therapist back when I realized the gay/lesbian identity no longer fit, they encouraged me make space for grieving so I could more easily move past it. At my altar, I held a little spiritual funeral for that part of me. When I did, I discovered what felt like loss was just transformation. I was no less than before.

What am I now? While I'm not gay, I don’t identify as bi or pan because my sexuality feels limited in regards to gender. I’m attracted to masculinity, preferring suits over dresses on a partner, and a fresh face or facial hair over makeup. Yet that attraction to masculinity never seems to land on cis men. I use the word queer because there's no other word that fits, but queer is a catch-all umbrella term that doesn’t feel personal to me. If I tell a person I'm queer, and then use he/him pronouns for my partner in conversation, the person I'm speaking will typically assume I'm presently in a cis, heterosexual relationship. Johnston notes, “We do have limited language around sexuality that leaves trans people out… an attraction to trans people quickly points out there are very clear binaries in our language.” Burnes also feels there is no broad sweeping answer, and instead follows an individual’s lead: “As there are so many labels that differ between culture, context, and generations, honoring the multiple lenses and experiences of each person is unique... As so many different individuals who are attracted to trans individuals may describe their attractions differently, it's important to honor that diversity of experience."

I discovered what felt like loss was just transformation. I was no less than before.

This also brings to light that as a society, we’ve conflated gender preferences with body parts. It’s a topic many of us don’t ever think about, or if we do, find confusing. About this, Johnston says, “When someone says they are a straight woman or a gay man it means they are attracted to men and it means they are attracted to masculinity and it means they are attracted to penises. And those are three separate things. There isn’t commonly used language to pull all of those things apart.” As is too often the case, this makes life harder for marginalized people because it “puts a lot of the pressure on trans people to make disclosures and to assume that they will be rejected because it is not easy to know who means what with their sexuality labels.” That onus should fall on cis people, as not only are we not discriminated for our gender, it’s cis people who perpetrate violence against trans people. From sexual fetishizing to physical assault, we habitually and harmfully reduce those who exist outside our norms to one facet of their identities.

The ever-growing complexity begs the question: Is having a clear sexual identity even necessary anymore? We are finally at the beginning stages of being more inclusive toward nonbinary and gender non-conforming people. Gender expressions outside the binary aren’t in any way new, but we didn’t properly acknowledge them in our culture prior. We’ve made progress such as increased and expanded use of they/them pronouns and an “X” option on drivers licenses in multiple states. Can we in due course move beyond sexuality labels? Has that race been won?

The ever-growing complexity begs the question: Is having a clear sexual identity even necessary anymore?

Sadly, it has not. Discrimination against LGBTQ+ people is still prominent and legal. In order to make further progress, people like me—straight passing and cis privileged—need to do all we can to advocate for those in our global community at higher risk. That work cannot be done if we cast aside our LGBTQ+ identities. In fact, that could be downright harmful; feeling that I was beyond sexuality labeling would read, to me, as out of touch as white people who claim to not see color.

Because of that, labels are still an important part of our fight for equality—but if the one that fits me doesn't exist yet, how should I identify? I still don’t have a clear answer beyond the “queer” catch-all, but I’ve come to understand there’s nothing wrong with living life outside of boxes. What matters most for all people is the joy of fitting with another; authentic connection transcends bodies and identities.

Additionally, I understand the importance of recognizing that in regards to gender, I always have the easier road to travel than my partners do. When I was a lesbian partnered with cis women, my ability to “pass” as straight when alone, and to not deal with harassment around my sexuality as an ongoing risk factor in everyday life, was a huge freedom compared to what my partners faced. And what cis people who present within the spectrum of their assigned gender deal with is statistically less than the violence trans and nonbinary people encounter. In partnering with trans men, I’ve learned assuring their own safety is a forced top priority as they move through life.

What matters most for all people is the joy of fitting with another; authentic connection transcends bodies and identities.

In a world where I’m fortunate enough to bypass these risks, it would be silly to focus on finding the right title for my attractions. We have so much work left to do to ensure trans, nonbinary, and gender non-conforming people receive all the human rights they deserve. As a person who partners with people outside cisgender norms, the only label I need to live up to is that of being my best self, for my own sake and my love’s. And that’s an identity I can happily embrace.