Erin Jahns
Erin Jahns is a hair, makeup, and nails expert and beauty editor with over five years of experience in the industry. She is currently the senior beauty editor at WhoWhatWear.
Byrdie's Editorial Guidelines
Reviewed by
JoElle Lee 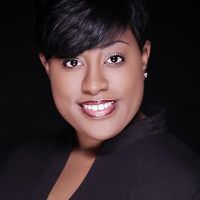 I hoard eye creams like they're going out of style. Or rather, as if tomorrow will be the eye cream apocalypse. I'm obsessed. Some may even say it's a form of addiction? But I have no shame. My favorites (this week it's Tula Multi-Spectrum Eye Renewal Serum, $58— it's amazing) are never far from reach, and I habitually apply them morning, noon, and night.

You see, it's all part of my effort to solve my single most annoying skin grievance—dark, ultra-disturbing under-eye circles. Which, when left untreated, make me look like Edward Cullen's long-lost sister who Stephenie Meyer never thought to include in Twilight. Scary, I know.

Thankfully, I've discovered a DIY eye mask so, so good, I could, if I felt so inclined, banish my stash of dark circle–diffusing elixirs forever. But of course, I'm not prepared for that breakup just yet. Talk about separation anxiety. But when I stumbled upon a viral video of beauty blogger Alexandra Potora applying a homemade mixture of turmeric and buttermilk to her own dark circles, I was instantly open to trying new methods to tackle my number one skin concern.

Her results were amazing after using this two-ingredient under-eye mask, and before I knew what was happening, I found myself at Erewhon Market in Santa Monica buying a jug of organic buttermilk. (I already had turmeric from Trader Joe's in the pantry.)

Watch Now: How to Remove Dark Circles with Turmeric

I've known for a while now turmeric is one of the healthiest foods you can consume, and I've also noticed it's all over the skincare industry. It contains curcumin, a chemical compound which studies say can minimize UV damage, clear breakouts, and brighten pigmentation—aka it's Mother Nature's problem solver. Another fun fact: Turmeric has been used in the world of alternative medicine for thousands of years and Indian brides and grooms even slather their faces with the stuff for spiritual protection and a pre-ceremony glow. Oh, and just in case you're curious about the buttermilk, it's another one of nature's skin miracles, as it naturally contains lactic acid, which aids exfoliation. Bye-bye, dead skin.

Thus, on a particularly late night when a particularly depressing set of dark circles had made their unwelcome appearance (along with two cute pimples—'tis the way life works I guess), I decided to put the viral DIY turmeric mask to the test—keep scrolling for what went down.

According to Potora's tutorial, the correct ratio of turmeric and buttermilk is one to one. (She notes in her video she ran out of actual buttermilk and had to improvise with water and dried milk powder, which works in a pinch but isn't ideal.) So after measuring out one tablespoon of turmeric and one tablespoon of buttermilk, I used a small mixing spatula to whip the concoction into the lightweight mask. So easy. Then, using a small brush, I carefully applied the mask to every inch of my dark under-eyes, making sure to avoid my actual eyes.

Once you've let the DIY turmeric mask sit for about 15 minutes, use a washcloth to carefully wipe away the mask. You may notice a hint of yellow aftermath, but this will fade as soon as you carry out the rest of your skin regimen.

Turmeric stains super easily, so make sure anything you don't want dandelion yellow is out of the way—it even stains porcelain.

As I gently wiped the mixture of buttermilk and turmeric from under my eyes, I immediately noticed a marked difference in my under-eye circles. Thanks to the brightening and exfoliating prowess of the two ingredients, my formerly dark, vampire-esque shadows were suddenly significantly lighter and far more diffused-looking—like magic. Plus, even though I did experience a mild heat while wearing the concoction I had no redness or irritation after removing the paste from my skin despite my skin's sensitive nature. Score.

Then, while taking photos for the after-shot, I became even more intrigued. Seriously, my circles were gone! The following morning, they were back again, but as a temporary and inexpensive DIY fix? I'm 100% sold and plan on doing this mask a couple of times a week to see if it might help stave off the worst of my purple shadows in more of a maintenance-type fashion.

Of course, as I mentioned earlier, I've also realized many of my favorite store-bought face masks contain turmeric as well thanks to the ingredient's antioxidant, antibacterial, and brightening prowess, so if you'd rather not concoct your own, know that there are many options available, like First Aid Beauty's Ginger, Turmeric, and Vitamin C Jelly Mask ($32).

12 Eye Creams That Will Knock Out Dark Circles
Article Sources
Byrdie takes every opportunity to use high-quality sources, including peer-reviewed studies, to support the facts within our articles. Read our editorial guidelines to learn more about how we keep our content accurate, reliable and trustworthy.