Why Is the Dior Beauty Lip Glow Oil So Popular? 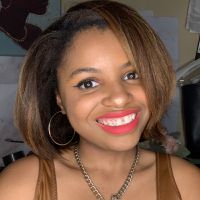 Náosha Gregg
Náosha Gregg is a contributing writer for Byrdie. She has also written for Thrillist, Her Campus, and College Fashionista.
Byrdie's Editorial Guidelines

I've never been a fan of lip oils—the ones I've previously used felt more greasy than oily. So when I heard the raving reviews about Dior's Addict Lip Glow Oil ($35) on TikTok, I was skeptical.  Then, a friend told me Dior's version kept her lips soft and moisturized amid 23-degree weather. She convinced me to give it a try.

I attempted to purchase one of the coveted lip oils while shopping at the Miami International Airport, but the Dior salesperson told me they were sold out. I knew the product was popular, but I couldn't believe they were this hard to come by. I managed to find one in the Universal Clear shade at a nearby mall. But my questions remained: Why was it so good, and how did it sell out so quickly?

Lip oil is a cosmetic category that has seen immense growth in recent years. A Statista report found that 7.54 million women in the U.S. used lip gloss 14 or more times per week in 2020. The collective affinity for glossy lip products speaks to the current moment in beauty. For years, matte lips dominated the trend cycle. Now, high-shine lips are making a return and brands are responding. Dior debuted its Lip Glow Oil in 2020. Over the last two years, other brands like Kylie Cosmetics, Haus Labs, and Hermès have launched their own versions.

In a saturated market, Dior's Lip Glow Oil has cut through the noise thanks to its high-quality formula and feel. "The goal was to create an excellent oil-based lip product that would be caring [for the skin] and appealing," Dior Makeup's creative and image director Peter Philips explains.

Philips describes Lip Glow Oil's creation as a "technical" process. "During the development and creative process, we test everything internally first," he explains. "Once we are near a definite formula, we test on groups of potential consumers. We test the packaging, try out different applicators, and assess the cosmetic result as well as the [skincare] result. When our makeup and skincare labs join forces, great products are born."

As Gen Z has shifted towards clean beauty—desiring minimal packaging and better ingredients—Dior has prioritized meeting their needs. In this regard, the brand issued its Responsible Beauty Charter to outline its commitment to stringent formulation standards, sustainable ingredients, and responsible sourcing.

The Lip Glow Oil's resulting non-sticky formula includes ingredients such as cherry oil, which is rich in vitamin A and helps boost hydration. It's also made with color reviver technology, which reacts directly with lips' moisture level to create a custom glossy shade. Meanwhile, its sleek design is a part of Dior's sustainable development initiative.

All of these factors made it a hit amongst beauty lovers from launch. "Even before it went viral, it had a loyal fan base," Philips points out. "When people buy your product once, you feel happy. When they come back for it for a second time, you know you have a really good product."

While the Lip Glow Oil is a standout product on its own, the TikTok hype surrounding it has helped make it a hot commodity. On the social platform, there are over 115 million views on the #diorlipglow hashtag. When asked why TikTokers gravitated toward this specific product, beauty creator Jasmine Blankenship had a few spot-on hypotheses. "If the item is more affordable and accessible, it is more likely to sell out fast," she says. "Also, if the product's color is more wearable, meaning [it works for all skin tones], it's more likely to go viral."

According to AppAnnie, TikTok is the number-one app for influencing consumer spending. So, it's not surprising that the Lip Glow Oil discourse has led to skyrocketing sales. However, as retailers work to meet customers' increasing demand for the popular lip product, certain aspects make restocking it more difficult than usual. Global supply chain problems have caused issues with sourcing and delivering raw materials for many beauty brands.

But, the Dior customer's continued patience is a testament to the allure of the Lip Glow Oil. "When I see that something I love is sold out like the Lip Glow Oil, I just make sure I stock up when it is back in stock," TikTok creator Jada Monroe says.

The product has slowly started to restock specific colors (though most shades will be sold out by the time you read this). After waking up at 7 am and going straight to retail apps, I was able to snag another one in the "Rosewood" shade, and I'm anxiously awaiting its arrival. But if you've yet to get lucky, Blackenship and I both agree the wait will be worth it. "It's just that good," she declares.