Show That Stubborn Belly Fat Who's Boss With These 9 Foods 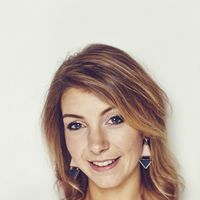 Fact checked by Erika Harwood
Erika has worked in fashion editorial for over five years and has been Byrdie's senior style editor since 2021. She previously worked as a fashion writer for NYLON, Vanity Fair, and MTV Style.
LEARN ABOUT BYRDIE'S EDITORIAL GUIDELINES

How to lose stomach fat is no easy assignment. It doesn’t matter how many crunches you do or how many minutes you spend planking each week. These exercises won’t do any harm, but they can’t guarantee a flat-as-a-pancake paunch. Believe us we’ve put it to the test. What’s even more annoying is that the smart-arse who came up with the “abs were made in the kitchen” quip actually knew what they were talking about. Diet really does make a difference. “Dieting” as in “to diet,” on the other hand, does not.

“Anything that bans your favorite foods, unnecessarily cuts out food groups or is so low in calories it leaves you feeling hungry means you’re likely to slip into your bad eating habits,” says Helen Bond, an expert dietitian at The Harley Medical Group. “There is a lot of ‘nutri-babble’ out there, and the only thing that will help you achieve a slimmer belly in the long term is a sustainable food plan that includes a rich variety of natural whole foods and less processed foods, in appropriate sizes and moderation.”

Before we launch into "project food plan," it’s worth mentioning that your genetics plays a part too. As humans, fat naturally accumulates around the tummy, as this is where your vital organs are, so your body wants to keep them protected. How very thoughtful.

As women, it’s also key to have enough meat on your midriff when you’re in the market for baby-making, so there’s a hormonal side to your stomach size too. And then there’s our old friend stress. If you’re anxious or exhausted, your body starts producing more cortisol, which in turn directs its attention away from fat burning as it’s too busy kicking into fight-or-flight mode

But back to our favorite thing: the food and the stuff you can control. From what you eat, when you eat it to how you eat, just by tweaking a few of your daily habits you might find your silhouette starts looking a little more slender.

Read on to discover how you can still get your fill without the fatty side effects.

Okay, so refined carbs aren’t great as they spike your blood sugar levels but fiber-some whole-grain sources like brown rice, quinoa, couscous, and oats can actually help you lose fat from around the middle. That’s because they’re full of gut-healthy fiber and B vitamins, which means they release their energy slowly and keep blood sugar levels steady (so you’re less likely to reach for the 3 p.m. Haribo hit).

A study by Obesity also found that people who upped their daily intake of soluble fiber from said carbs reduced their belly fat over a period of time. Ideally, you should be looking at around 25 grams per day, so get chowing down on those sweet potatoes and root veg. Berries and apples are also a good shout if you’re craving something sweeter.

Yes, we just called it out in carbs, but quinoa isn’t earmarked as a super grain for no reason. As well as being a complete protein, it contains the amino acid lysine, which helps burn fat, along with betaine, a chemical that puts your metabolism into turbocharge mode and shuts down the genes that make belly fat linger.

According to nutritionist and author of "The Food Effect Diet" (Amazon $14), Dr. Michelle Braude, lean proteins like eggs, fish, pulses, cottage cheese, chicken, and turkey breast not only prevent hunger, they regulate cortisol levels and—for an extra gold star—build muscles while burning fat. “These foods strengthen your immune system and muscles and the more muscle you have the more energy you burn,” she says, which is good news for your stubborn middle zones.

If you’ve ever tried to give up sugar (which likes to store itself around your middle), you might have read about chromium—a natural supplement that helps control blood sugar levels and curb the cravings. The good news is you can add it to your plate easily in the form of broccoli and dark green veg. Make cavolo nero and kale your mealtime mates as well.

Bond reveals that those who have high levels of vitamin C burn 30% more fat when they exercise, so fill your face with oranges, grapefruit, red pepper, and kiwi before you start lifting your weights, and your abs might start to appear sooner rather than later.

Rich in antioxidants but also polyphenols (compounds that stop fat forming), blueberries can actually reduce fat and keep the tummy trim. In lab tests, rats who were fed blueberry powder not only lost belly fat but had lower cholesterol, even when they were eating a high-fat diet. The same study from the University of Michigan also found that rats consuming red cherries burnt 9% more belly fat than those that didn’t.

In the whole form or ground down into nut buttery goodness, nuts are those good fats you want to be indulging in. Saturated fats activate abdominal fat storage, but polyunsaturated fats full of omegas will leave you feeling satisfied, reduce cravings, and keep your fat ticking over rather than stagnating around your stomach. Need convincing? As part of a nut study by the American Society of Nutrition, it was found that a 28-gram helping of almonds every day reduced belly fat and waist measurements

A natural diuretic, fennel can help get rid of excess water and bloat resulting in a flatter stomach. Grate it onto salads, blitz into soups, or sip on a fennel tea two to three times a day. Green tea has a similar effect says Bond, plus it also contains an antioxidant called EGCG, which helps boost your metabolism and prompt your body into using its fat reserves. 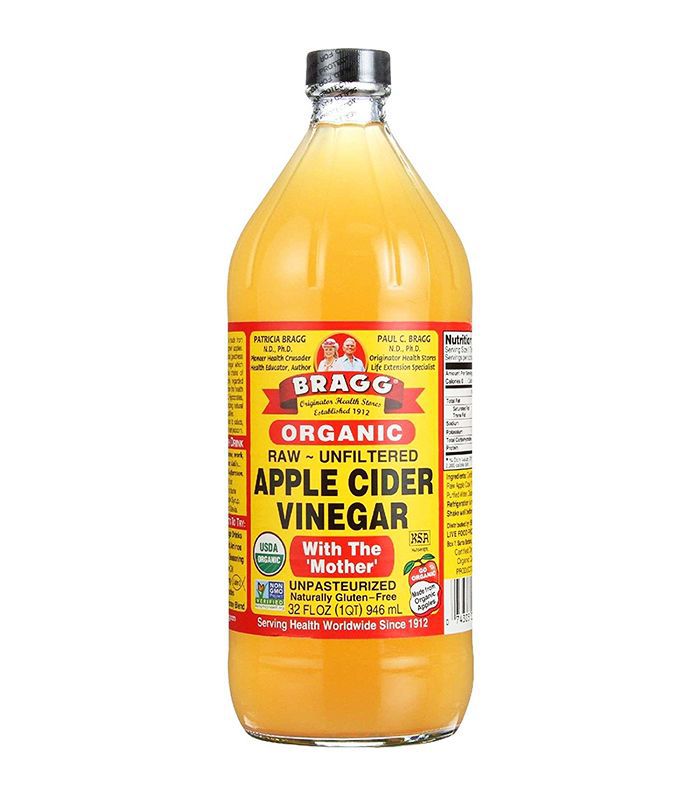 Another well-documented digestion aid that’s also good for de-bloating, while ACV won’t get rid of fat, it will certainly help flatten your belly area. Try adding some to a mug of hot water in the morning and your stomach will be better prepared to digest the food you’re about to fill it with after. And properly functioning insides means they’re less likely to hold onto fat.

It doesn’t count as food, but we thought you might want to know this. First off, we’re not talking a lot; alcohol is metabolized differently to food and actually shuts down the digestive process, but some findings in the Journal of Nutrition found that people who didn’t drink at all had more belly fat than those that indulged in a glass every day. If you are taking us up on it, stick to red wine and white spirits and avoid the fizzy mixers. The latter will be full of sugar and instantly bloat, neither of which make for abs of steel.

When you're eating, eat, don’t drink. “Too much liquid at mealtimes can interfere with digestion,” explains Anastasia Smith, Nutritionist at Lomax, a bespoke fitness center in London. “The concentration of hydrochloric acid in your stomach is essential for the initial stage of digestion such as the breakdown of foods, the release of intrinsic factors that absorb B12 (an essential nutrient), and for killing off bacteria.” Drinking too much dilutes everything including the power we gain from food to fight fat. Plus it could leave you bloated and bulging too.

Bond also recommends a probiotic supplement. “If our microbiome doesn’t contain enough friendly species of bacteria, we may extract more calories from the foods we do eat,” she warns.

Then of course there’s the exercise. For ab satisfaction, Adam Hewitt, trainer at Ten Health & Fitness that specializes in Pilates, recommends steady-state exercise working at 70% of your heart rate max for 30 minutes, combined with some Superman and dead bug exercises. “For the Superman, kneel on your hands and knees and engage your lower abdominals. Raise and straighten your right arm and left leg, hold for 10 seconds and then swap sides. Once you’ve strengthened your abs and found your balance, flip over and do the same sequence but lying on your back with legs in a table-top position.”

Want more? We've discovered loads of other moves that will give you belly burn (in a good way).