Dermatologists vs. Estheticians: We Settle The Debate Once And For All

Skincare experts weigh in on the differences and similarities between their roles. 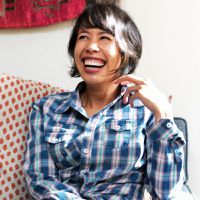 The Differences The Synergy
The Bottom Line

I squinted hard as my dermatologist had turned on her bright light. With hands clasped behind her back, I could sense her moving slowly around me, inspecting every inch of my face. I was dealing with a flare-up—blame a sudden and dramatic change in my skincare regimen—and she had the bedside manner of an automaton. I wasn’t a patient; I was a specimen.

To cope with this record low in my self-esteem, I mentally transported myself back to my esthetician’s treatment room. I felt her tuck the cozy blankets around me and gently pull my hair back. With kind fingertips and a non-judgmental gaze, she tenderly inspected my skin. Then, offered a hopeful assessment: "Not as bad as I thought. We’ll get your skin back, don’t worry."

Two years later, my skin has (mostly) recovered, but I’ve never forgotten that inglorious clinical experience. Now that the crisis has passed, I’m eternally grateful that my ongoing bout with acne doesn’t require medical intervention. I’d read stories in The New York Times and Refinery29 in which dermatologists debunk the myths of facials. And yet, I can vouch from many years of personal experience that my skin has only benefitted from being massaged, extracted, oxygenated, and lightly peeled by a caring and capable esthetician.

"Dermatologists and estheticians have danced around this topic for a long time, never faced it head-on," says Dr. Macrene Alexiades, a New York City dermatologist responsible for the youthful dewiness of Sienna Miller and Nicky Hilton, and founder of skincare line, Macrene Actives. "It’s a great idea to talk about an esthetician’s domain. As a medical expert, I look at them as individuals with non-medical training who give esthetic treatments designed to condition the skin, but not create a medical outcome."  According to Dr. Alexiades, these superficial regimens may include facial massage, which increases blood flow and has a temporary rejuvenating effect on the skin, and light peels akin to what you’d get over-the-counter. There is, however, some controversy over whether or not extractions should be done during a facial, or only at the dermatologist.

Esthetician Amity Murray, formerly of Cap Beauty and now the owner of holistic skincare studio in Brooklyn, performs extractions during facials but doesn’t believe they make or break a good treatment. "People get very hung up on extractions," says Murray, whose practice is remarkably manual. She uses no machines whatsoever; that is, no steamer, no hulking microdermabrasion apparatus, no effulgent LED mask. "In my experience, most people think their skin is ten times worse than it actually is. It’s kind of like a dysmorphia." And since facial massage is core to her practice, Murray has a very keen sense of her clients' skin. In fact, her signature facial is called "The Intuitive Hour." Because aside from a solid 60 minutes of purposeful and softening hand-to-face contact, acquiring a client history will naturally occur during the treatment. As a result, all sorts of skin ailments, from congestion to dehydration, are recognized and resolved during the facial. Time, it would seem, is one of the biggest advantages that esthetician have over derms.

According to New York-based dermatologist Dr. Whitney Bowe, this kind of pacing and presence is required to make a positive "mind-skin connection," which is a frequent topic of her media talks. "Achieving relaxation through meditation, yoga or any activity in which you’re mindful and focusing on your breath can actually stop emotional or psychological stress from manifesting as physical inflammation," says Dr. Bowe referring to conditions like acne, hair loss, and more. But as a busy dermatologist whose patient roster has reached capacity over the last two years, the mind-skin connection is a phenomenon she mostly preaches, but perhaps not practices—at least not with her patients in the historically short span of a doctor’s appointment.

"Whether I recommend a meditation app to a patient or tell them, ‘Hey, why don’t you try yoga?’, it’s going to be a quick conversation,” she says. "It’s not going to be the same as them going to an esthetician for a facial, which is a form of self-care. There are so many incredible benefits to that physical connection with an esthetician, like decreasing stress hormone levels to work against stress-aging." And even though the doctor admits that "there is sometimes an antagonism between dermatologists and estheticians," she has collaborated with esthetician Britta Plug, who works at Los Angeles-based holistic beauty brand Wildling, to spread the mind-skin gospel.

Dr. Elizabeth Hale and her sister Dr. Julie Karen brought on renowned medical esthetician Jordana Mattioli to work at their New York City dermatology practice CompleteSkinMD was to provide patients the luxury of time. After all, when it comes to skin—the body’s primary interface with the world—questions, comments, and concerns are naturally rampant and will likely surpass the doctors’ often short windows for Q&A sessions. "What makes Jordana unique is that she’s worked in tandem with a few doctors in her career, so she’s very well-trained in the science of skin," says Dr. Hale. “She’s an adjunct to our practice, someone we work with synergistically." While the doctors and Mattioli have different clientele, their shared constituency will often crush two treatments in one visit. For example, folks will visit Mattioli for an oxygen facial and Dr. Hale for Botox—in that order.

Plenty of self-awareness and respect from both doctors and estheticians is likely the fuel for this synergy. Dr. Hale and Dr. Karen frequently defer to Mattioli when it comes to skincare lines and ingredients since she’s trained in over 75 brands, and they haven’t. Likewise, Mattoli leaves the laser work, injectables, and surgery to the docs, also a no-brainer. "I think it’s important to know what you’re capable of, to know your limits," says Mattioli. "That comes with experience, and that goes for doctors and estheticians. There shouldn’t be competition between us because we offer different things to people. We should be working together, not against each other."

The Truth About Celebrity Skincare Lines, According to a Dermatologist
Featured Video