8 Types of Winter Headwear for the Impending Inclement Weather 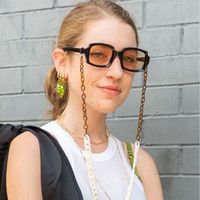 I first realized my winter headgear was lacking when I recently went out with a silk scarf around my head. It didn't block any wind chill and continually blew off. That may have been fine during autumn, but baby, it’s cold outside and our heads need insulation! There are impossibly cool items out there: Detachable hoods, balaclavas, and puffer handkerchiefs to name a few. So, I’ve rounded up my eight favorite styles of cool winter headgear for the looming frigid days ahead.

My personal favorite style this year is the trapper hat because I am a big fan of ear coverage. Plus, several can be worn with the ear flaps tied up, which is basically like two hat styles in one.

Helmet hats are similar to trapper hats but often have a front beak with a slightly more streamlined style. I love how functional these are and you can be sure they’ll stay in place.

The answer to my silk scarf that slipped off in the wind: A puffer scarf. With a bit more weight and certainly more warmth, these are so cute tied under your chin. I personally like these because they don’t cup your head so hat hair is not quite as extreme.

A detached hood—sometimes referred to as a snood (scarf-hood)—is something I feel like I’ve been doing since childhood, separating the hood from my puffers and mixing it up with other coats. So, you can of course do that, but brands have also caught on and created dickie-like hoods, some with front flaps for extra warmth.

The Sherpa or Fleece Hoodie

Similar to the detached hood, but exclusively in cozy fleece or sherpa. These are like a hug for your head and what’s great about them is some can double as neck scarves for extra snuggle.

The balaclava—or ski mask—doesn't seem to be going anywhere. When it’s really cold, there is nothing like the balaclava, warming your head and face. I love the classic cream style à la Jackie O, but there are certainly very exciting colors and prints if you want to have some fun. There is some crossover here between the detached hood and Balaclava, because a balaclava really is a detached hood in a lot of ways. It's really about how you wear it.

The Bucket Hats and Beanies

We’re not talking the typical Where’s Waldo style of beanie or bucket hat here, but rather ones with extremely cool patterns and textures. Bucket hats in cozy mohair and beanies with padding, drawstring details, and even functional pen holders.

I’ve never thought about wearing a bonnet until I came across this absolutely perfect one I found on W Concept that features a ponytail opening in the back. From wool, to crochet knitted styles that wrap under your chin like a bonnet, these are so polished and Little Women-esque but in a modern way.