Meet the Curtain Cut, the Ultra-Sleek Haircut the Kardashians Love

Get ready to see this chop everywhere this fall. 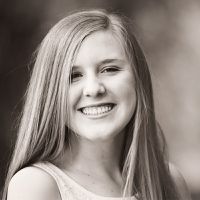 A fresh new haircut is the perfect way to welcome in a new season, and the curtain cut might just be the perfect option for fall. It's light and trendy while still elegant and sophisticated. So, shall we pull back the curtain (pun intended) on this chop? This minimalist cut looks like a longer bob, with the ends just grazing the shoulders. It's a chic, no-nonsense look that already has won the approval of some celebrities—including both Kim and Kourtney Kardashian. So really, it's only a matter of time before everyone else starts following suit.

This autumn is shaping up to be full of curtain cuts. So before the new season officially starts, we tapped the creative director of evo hair, Tom Smith, to tell us everything we need to know about the trending cut. Read on for all the details on the sharp chop—plus, tips on how to ask for it at the salon.

What Is a Curtain Cut?

"New on the scene and one for those ready for a dramatic change is the curtain cut," Smith explains. And no, it's not just a long bob that's been cleverly re-marketed. Per Smith, there are some key differences between these cuts. "What differentiates this style from a long bob is the symmetry and the ends tucking under in the front," he says.

The good news? According to Smith, this chop looks great on pretty much everyone. "This chic and minimal cut is extremely flattering in the way it frames the face, particularly for those with a longer neck due to the crisp contrast of the horizontal line of the haircut and the long vertical necklines," he adds.

If you're on the lookout for a trendy haircut that isn't quite as adventurous as others (like the very controversial jellyfish haircut), the curtain cut might be the your best option.

Done right, this look is ultra-chic and effortless (just take it from the Kardashians). If that sounds like the vibe you're hoping to channel this fall, read on for more details on how to ask for this cut at the salon and how to style it at-home.

How to Style a Curtain Cut

There are a few things that distinguish the curtain cut from other similar styles . Most importantly, per Smith, this look is characterized by symmetry and tucked-in ends. Before going for the chop, make sure your stylist knows that's what you're looking for, and, as always, bring plenty of photo inspiration.

Though it's meant to hit just above your shoulders, the curtain cut isn't totally dependent on length. According to Smith, "This cut can also be adjusted for those unwilling to lose their length by creating a longer bob—just keep those ends tucked forward."

Be warned though: This cut is purposefully a sharp one. If you'd prefer a softer look, you may want to adjust your request and add in some face-framing angles and layers.

Wondering how to keep the curtain cut looking fresh at-home? Have no fear. The best thing about going short is less maintenance. (In other words, you don't have to stress about letting the curtain cut air dry.) However, if you really want to hone in on the sleek look, it shouldn't be too complicated. Blowdrying your hair and incorporating a high-shine product, like Moroccanoil Treatment Hair Oil ($16) or Drybar Liquid Glass Instant Glossing Rinse ($34), can add an extra lustrous glow.

Are Bumpits Making a Comeback?