I'm generally game to try just about anything—from Jennifer Lawrence's favorite facial to the Kardashian-approved weight-loss tea to waking up earlier each morning in an attempt to be more productive. But when it came to this, an opportunity to get a Cupping Facial ($330), I was timid, to say the least.

Cupping, a practice that dates back as early as 3000 BCE throughout Asia and Europe, is when practitioners use cups to create suction over targeted areas of your skin. Celebrities like Gwyneth Paltrow and Olympic athletes like Michael Phelps began to put the (admittedly scary) technique on the map in the U.S.—I'm sure you've seen the pictures. The result is an almost entirely black-and-blue or red circular mark where each cup was suctioned to your body. In traditional Chinese medicine, cupping is believed to move stagnant energy and dispel toxins, as well as aid in pain management.

So the idea that I'd be volunteering to pinch, bruise, and suck up the skin on my face was, well, terrifying. Still, in the name of journalism, I showed up for my appointment with Ildi Pekar, NYC's supermodel skin whisperer. If I was going to trust anyone with my face, it was a woman who worked on the shockingly glowy skin of Irina Shayk, Lindsay Ellingson, and Miranda Kerr. Not to mention every Victoria's Secret model before they walk down the runway.

Ildi Pekar is a Hungarian facialist with more than 20 years of experience in organic beauty, lifting facials, and body improvement.

Much to my dismay, this facial is nothing like traditional body cupping in practice, but it boasts many of the same results. It works to bring both beauty and health together in one treatment. Read on for my experience.

First of all, it's magnetic. The magnetic cupping treatment allows Pekar to control blood movement in your face, which helps with detoxing the skin and delivers a refreshed glow. Pekar explains, "It's a healing facial that uses a magnetic-cupping technique to increase local chi and blood circulation, and draws age-defying nutrients to the surface of your face. Created through stimulating vibrations, this treatment supports microcirculation and has a powerful detox and drainage effect." As someone who suffers from prominent (and annoying) under-eye bags and dark circles, the notion of proper drainage and circulation was thrilling.

Pekar says of the facial, "The rhythmic vibrations during this treatment promote movement in your face, allowing toxins to be transported away from the skin. Cell structure is stimulated, which ultimately results in a smoother and slimmer complexion." After an intriguing explanation and the reassurance that this would, in fact, be a calming and relaxing experience, I undressed and laid down in the treatment room bed.

What to Expect During a Cupping Facial

The 75-minute facial begins with a thorough cleansing of the skin to allow for a clean canvas. Pekar then moves on to a gentle enzyme peel to exfoliate and even your skin's texture. Then, once the skin is prepped, she focuses on going deeper by utilizing magnetic therapy to open up the lymphs. The magnets allow Pekar to penetrate the products deeper into your skin by separating the skin cells where the formulas will be stored for longer lasting hydration. To say this part was relaxing would be an understatement—I was practically sedated.

Cell structure is stimulated, which ultimately results in a smoother and slimmer complexion. 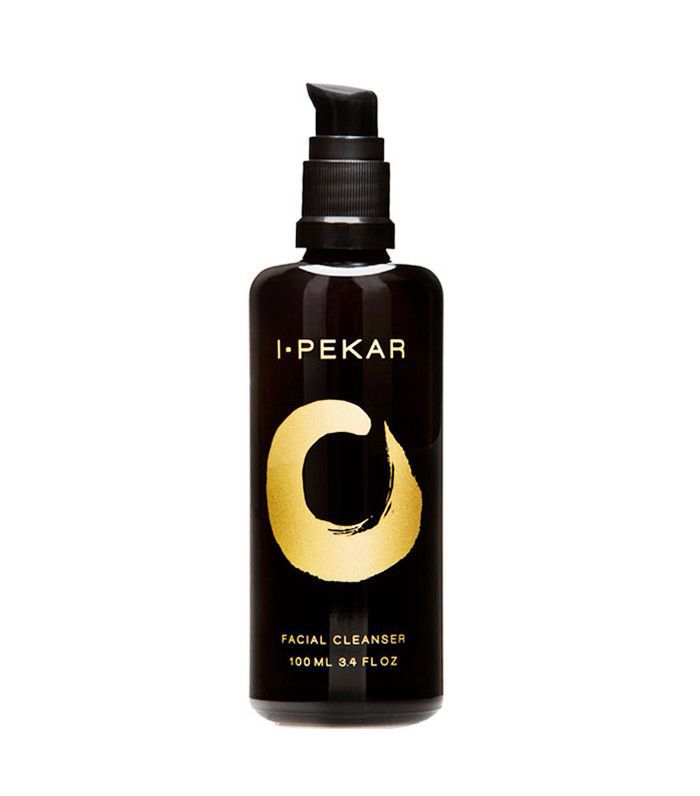 Pekar then moves on to the cupping technique in order to control movement in your face. This is when she begins to move and drain toxins (as well as stagnant energy) that accumulates beneath the skin. I immediately felt stimulated and reenergized as, according to Pekar, this technique works to detox quickly and quite deeply. Rather than the intense suction and prickly sensation of the body cupping, this felt like a tiny turkey baster on my skin. A little ticklish, a little suction, but mostly completely soothing.

The facial finishes with a rhythmic face mask that emits pleasing vibrations all over your face (as well as a hand massage to boot). Truth be told, by the end, I was in paradise. But did it work?

"Most times, gray and dull skin comes from a lack of circulation and stimulation," Pekar says. "That causes toxin accumulation and stagnation under your skin." This facial creates a better flow so Pekar can guide nutrients to the surface of the skin, reenergizing and refreshing it while draining toxins away from the skin as well.

I got up from the treatment bed and ran over to the nearest mirror to inspect my face. I kid you not, I couldn't believe the results. While I expected my skin to look taut, glowy, and even, I had no idea the treatment would so positively affect my under-eye bags as well. As I said earlier, this is a constant struggle for me. I even spoke to a plastic surgeon about my options for treating them. As I looked at my treated skin in the mirror, I noticed those pesky, droopy bags were missing and in their place was a set of sculpted cheekbones and plump under-eye skin. I could not believe it. No facial had ever given me results so drastic (and I've gotten a lot of facials). I went without concealer for weeks on end, and I've already scheduled my next session with Pekar to keep the results going.

Up next: Seven things no one ever tells you about facials.