I'm the type of person who will moan to my other half on a slightly cool day in August that it's "arctic," and I've been reunited with my onesie (I know) and Soho House dressing gown (redeemed?) since September 1. To say I don't like the cold is an understatement, so when I was told that standing in a sub-zero chamber (-91 degrees, to be precise) for three minutes could have youth-boosting and calorie-burning benefits, to say I was torn was yet another understatement. But beauty won out (of course), and I found myself standing in the small and very white reception of 111Cryo in Harvey Nichols, slightly apprehensive at the thought of what was about to go down.

Keep scrolling to find out all about cryotherapy and my experience of the chilling treatment.

Cryotherapy: What is it?

Cryotherapy involves enveloping your body in sub-zero temperatures (-91 degrees) in a chamber. At 111Cryo's new treatment room in Harvey Nichols, the cold is achieved thanks to electricity, rather than nitrogen, for a much safer cooling experience. Traditionally, cryotherapy has been used as a localised treatment of pain relief—the cool temperatures reducing inflammation and blunting the nerve receptors to dull any pain. At 111Cryo, the full-body cryotherapy approach is promoted as a tool for pain relief but also weight control, sports management and beauty enhancement.

In terms of weight control, the idea is that when the body is artificially cooled to such extremes, it kick-starts a post-treatment "warming up" process, revving up your metabolism to bring your body back to its normal temperature and in turn boosting fat burn. As for sports conditioning, the chamber creates the same effect as an ice bath, reducing inflammation post-workout to speed up recovery to enable you to train more often. The exhilarating process also releases endorphins in the brain, which can help psyche you up and promote focus before a workout or competition.

Lastly, in terms of beauty, 111Cryo claims the chamber can boost your skin's natural recovery, leading to brighter and healthier-looking skin. Some notice their hair is glossier, their nails are stronger and even that they can sleep better after a session. And, well, it's called beauty sleep for a reason.

While it all sounds incredible, you kind of have to take 111Cryo's word for it. There isn't a whole lot of science to back up the claims around cryotherapy. Some small studies have been carried out, and while WBC does seem to have a positive effect on reducing inflammation, the rest of the claims are yet to be proven.

While that does sound a little disappointing, the fact that WBC can reduce inflammation is a great thing. We now know that inflammation is the source of many diseases and has been linked to accelerated ageing. How do you know if you have inflammation until it's too late? Well, stress causes spikes in cortisol, which in turns leads to inflammation, so quite a few of us are probably dealing with levels of inflammation that are higher than we'd like, so a treatment that reduces it, even temporarily, is no bad thing.

I'm ushered through the back past the reception desk and stood outside what looks like a changing room you would find in a store. The therapist opens the door and laid out on the bench are a selection of clothing items, along with a cabinet of products. He explains that I need to undress and put on the headband, shorts, vest, gloves, socks and snow shoes (snow shoes!) provided. Contrary to the website’s advice, the team tells me I can keep my piercings in as long as they are covered. Any other jewelry must be removed. Essentially any metal will freeze to your skin in the chamber if it is left in the open air. You also have a rather fetching surgical mask which is hooked over each ear and covers your mouth and nose.

Luckily I'm there with a friend, so I don't feel too silly when I emerge from the changing room bra-less and, quite frankly, over-accessorized. We're then led into the back room. Inside is a big clock and what looks like a shower cubicle.

Our therapist asks what song we'd like to listen to, and we chose a Britney track since we're told we need to keep moving around while we're inside. Now, the cubicle is small, and you don't want to flail about too much. For one, you’re bra-less, and if you touch the frozen wall, you can stick to it (imagine a tongue on an ice sculpture). Dad dancing it is.

We enter the chamber and, despite my hatred for the cold, it's not too bad. I was expecting it to be the frozen version of that wall of heat you get departing a plane on holiday. In reality, it just felt like a really cold day I had not dressed adequately for (think back to nights out at uni when you did not want to waste a £1 putting your coat in the club cloakroom). The dad dancing helps keep the chill away, as did having a friend to natter to.

What was bizarre was that our eyelashes and body hair started to frost over, and despite my hands and feet being snugly wrapped up, they started to feel cold pretty quick. But before I could start to really feel it, our therapist knocked on the glass door holding up 10 fingers and counting down… 3, 2, 1 and we're out.

We're told to get dressed and to apply the products in the changing room: a face serum and body serum clinically proven to mimic the chamber's cool temperature just to help maximize the results. We're warned off drinking too much, as it will go straight to our heads. "Essentially you're a cheap date," the therapist tells us. One celebratory "we survived -91 degrees" post-treatment glass of wine later and I am feeling slightly merrier than usual.

After the treatment, I really did feel that post-workout endorphin rush without the workout. I also slept like a baby, which is a small miracle since I have been suffering from broken sleep lately. My skin had a rosy, energized glow to it, akin to the glow you get after a long country walk in winter. But while my skin looked and felt perkier, the results didn't last longer than a couple of days. For longer results, you should book in for five to 10 treatments and have a couple a week.

While the winter months are cold enough as they are, a quick dip in the 111Cryo chamber every now and then is sure to help counteract the winter blues, such is the endorphin-filled rush a treatment imparts. Despite my aversion to the cold, I'm booking in again to see if a course really will help me lose weight and improve my skin (which is woefully spot-ridden right now). I'll keep you posted. In the meantime, I'm off to pile on all my knitwear. Until next time…

One session costs £95, and a course of five costs £375 (£75 each), while a course of 10 is £650 (£65 per session). For more details about 111Cryo at Harvey Nichols and to book in, click here. And while you're there, be sure to check out Harvey Nichols new ground-floor Beauty Lounge where you can book express treatments including blow-dries at Hersheson, a vitamin infusion at the Nosh Infusion Clinic or a light facial at The Light Salon.

Keep scrolling to buy the at-home 111Skin Cryo products that mimic the cool effect at home. 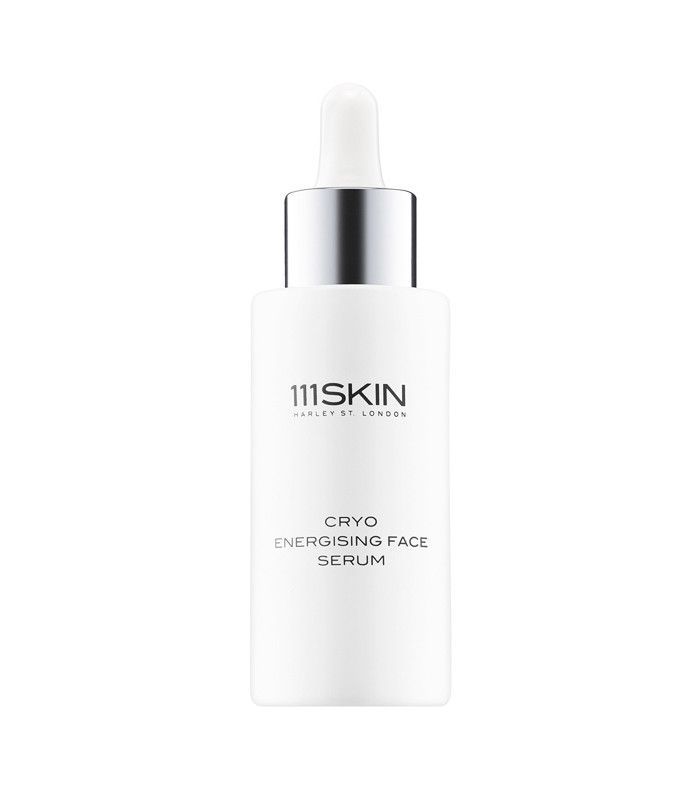 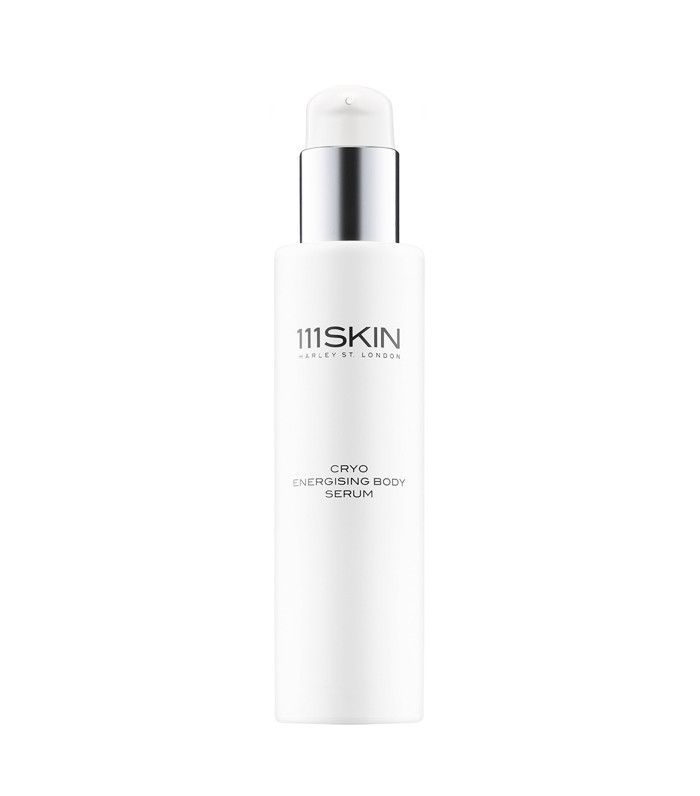 Next up! The surprising food that can help you drop a dress size.