Cosabella's post-surgery bralette was made with survivors in mind. 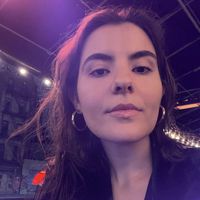 Hayley Prokos
Hayley is a writer for Byrdie and has written for The Zoe Report, SELF Magazine, and more.
Byrdie's Editorial Guidelines

We all know someone who has had breast cancer. And given that, according to the Centers for Disease Control and Prevention, one in eight women will develop breast cancer at some point in her life, there’s a strong likelihood that you know, or at least will know, more than one person in your lifetime.

Another sad reality: Unless you’ve had it, or you’re intimately connected to the person who you know who’s had it, it’s pretty difficult to wrap your brain around what treatment and recovery entails. In my own very privileged existence, I haven’t experienced either, but when I came across a certain bra while doing research for another story on the cusp of Breast Cancer Awareness month, I sought to investigate.

The bra I stumbled upon was Cosabella’s Never Say Never Post-Surgical Front Closure Bralette ($89.50), which, according to the description online, was made specifically for post-operative needs. It highlights the importance of drainage openings and breast form pockets—terms I’d never even heard of. 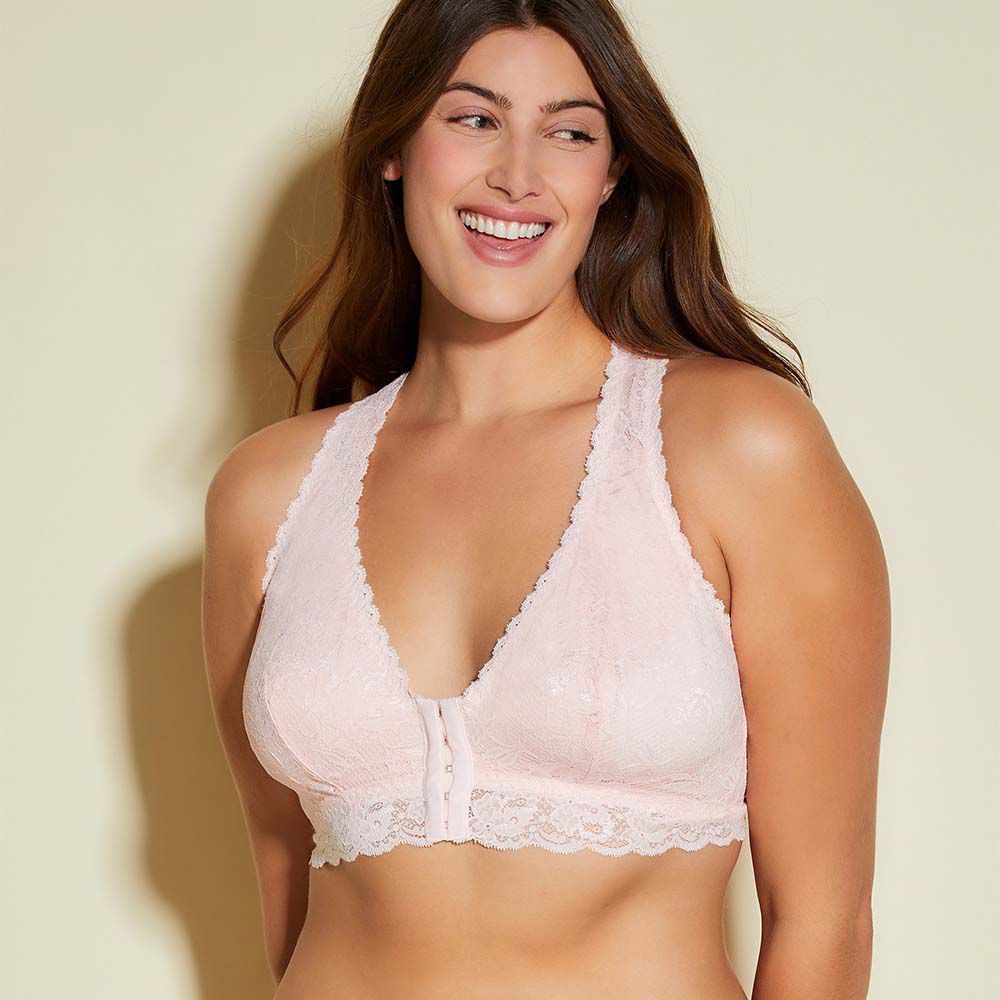 I got in touch with Cosabella’s female founder and Senior Vice President, Valeria Campello, to discuss the development of the bra and why it’s so important to her as both a designer and a breast cancer survivor.

In terms of chronology, the former came before the latter. Campello began designing lingerie by chance after her husband Ugo took a job in Miami in the early ‘80s and the family relocated. At the time, she’d just graduated from law school. “Although it was a temporary move, I still felt the need to keep myself busy with some sort of hobby,” explains Campello. “My so-called hobby started with a bunch of cotton underwear samples sent from my friend back [in Italy.]”

She tested the market in the United States and quickly realized there was a demand for sumptuous but still sensible lingerie—an insight that prompted Ugo to leave his job as an engineer and commit to building the brand. In Italian, Cosabella means everything beautiful.

The American market was “much more open to novelty than the very traditional Italian lingerie market,” reflects Campello. They experimented with mesh and burnout fabrics in bright colors, against the grain of the muted or neutral cloth. “It was a hit, and here we are after 38 years.”

Today, it’s still a family-run luxury intimates and loungewear business; Valeria and Ugo passed the executive and creative reins to their son and daughter, Guido and Silvia, in 2017. And the family’s desires for timelessness and inclusivity remain at the fore.

“A great bra needs to be engineered with a design that offers both comfort and support. It needs to be made with high-quality fabrics like lace that are soft and also supportive,” Campello says. And, naturally, the fit is paramount. Cosabella offers sizing for petites, plus-size women, and everyone in between, which brings us back to the topic of inclusivity.

After a battle with breast cancer nearly a decade ago, Campello found herself in a unique position to design a bra to best accommodate women post-surgery. “After a mastectomy, if you decide to opt for a reconstructive surgery, this does not [always] happen immediately, and, when it does, it is not always perfect and able to make us feel immediately at ease in our new body,” says Campello, who opted for a natural breast reconstruction involving the transfer of body fat, rather than the use of saline or silicone implants, after a mastectomy. She recalls that “even small things, perhaps trivial and futile, such as opening drawers and seeing that you can no longer wear your favorite bras, a symbol of your femininity, can become a cause for discouragement and insecurity.”

Cosabella’s Post-Surgical Front Closure Bralette, which launched in late 2020, is for those difficult moments, when a sense of stability is so important, according to Campello. It’s designed in the soft, stretchy lace used throughout the Never Say Never collection and inspired by some of the brand’s best-selling styles, like the Happie Front Closure Bralette ($55.50), a wireless front-closure bra with adjustable shoulder straps. In the Post-Surgical style, wide cups provide space for various breast shapes, and, like the Happie, the Post-Surgical Bralette has a front opening that’s ideal for women recovering from procedures like a mastectomy or reconstruction, when movement is limited because of post-op inflammation.

While many women may not use a bra in the first week after their mastectomies, “when they do, having a front closure on a post-operative bra is key,” explains Dr. Anne Michels, MD, a Clinical Assistant Professor of Obstetrics/Gynecology and Family Medicine at the University of Southern California. Since swelling and soreness are par for the course, and movement to reach around the affected arm(s) can be especially difficult. A soft bra with features like compression, drainage openings, and breast form pockets, which hold prostheses in place, can make a big difference during the recovery phase.

As for the drainage openings, Michels explains that a patient will carry several drains with them for four to 14 days post-surgery, their purpose being to mitigate fluid buildup in the area where the breast is removed. Designated space for the drains to sit freely allows women to get back to wearing a style they love as soon as they feel comfortable, in the spirit of normality that Campello emphasizes.

As with any traumatic and life-threatening illness, there is disbelief, fear, anger, and rejection that comes with diagnosis, and this doesn’t necessarily end post-surgery. The designer says she has experienced lingering distress over the notion of relapse. “There’s renewed fear for a long time after surgery, every time you look in the mirror.”

Earlier this year, the American Cancer Society announced that cancer mortality declined by a record 2.4% in 2018 (and 31% since its peak in 1991), and breast cancer specifically dropped by more than 40% from 1989 to 2018. Yet, that same report noted breast cancer has been growing by 0.5% since 2008—further cementing that while medicine has made great strides in improving health outcomes, breast cancer is still a grave concern, one that is so often only addressable with invasive treatments.

Treatments related to breast cancer include lumpectomies (surgery to remove a lump), mastectomies (the removal of one or both breasts), radiation or chemotherapy (cancer treatments that can cause nerve pain and skin sensitivity), and reconstructive surgery (a procedure to re-make breasts for a more conventional shape and appearance). The Post-Surgical Bralette is designed to accommodate women who have undergone any of those treatments.

“[I] had my implants changed recently and wanted to treat myself to a nice bra, rather than using the ‘bra’ from the hospital. This bra is not only beautiful, it has easy front closure & great support. I will continue to wear even after I heal from my surgery,” says Jodi P., a buyer who noted her 15-year cancer survivorship at the beginning of her review.

“Just the right amount of support and lift and it doesn’t irritate any of my incision sites,” another review named Karen comments. “It’s so nice that I will continue to wear it whenever, wherever, once my treatment is finished.”

Cosabella didn’t corner the market on post-surgical bras. AnaOno has built a brand for women who have undergone breast surgery, helmed by breast cancer survivor Dana Donofree, and ever since Stella McCartney lost her mother to breast cancer in 1998, the fashion designer has made many efforts to spread breast cancer awareness, both through campaigns and the creation of survivor-inclusive undergarments. In 2019, Adidas by Stella McCartney debuted a sports mastectomy bra, and five years before that, McCartney launched a recurring breast cancer awareness campaign. This year is in partnership with ‘Sex Education,’ a British dramedy on Netflix, McCartney and the cast star in a cheeky three-minute film to dispel myths about the illness and encourage youth to do regular self-checks—the buzzphrase being, use the toilet, brush your teeth, check your tits.

Still, there’s something to be said about a mainstream luxury brand striving for ease of wear for all. Cosabella’s Never Say Never collection is chock-full of options for small chests, extended sizes, curves, maternity, and nursing to keep the Post-Surgical style in good company.

How to Find a Bra That Fits, According to the Pros
Article Sources
Byrdie takes every opportunity to use high-quality sources, including peer-reviewed studies, to support the facts within our articles. Read our editorial guidelines to learn more about how we keep our content accurate, reliable and trustworthy.