A Complete Guide to Cellfina, a Minimally Invasive Cellulite Treatment 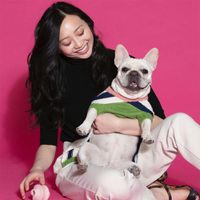 What Is Cellfina? Benefits How to Prepare for Cellfina What to Expect During a Cellfina Treatment Cellfina vs. Other Treatments
Side Effects Cost Aftercare The Final Takeaway

Let’s get one thing out of the way: cellulite is inevitable and completely normal. It's so common that it is present in 80-90 percent of post-pubertal women. And as commonplace as it is, it’s also common to want to get rid of it. Enter Cellfina, a minimally invasive, non-surgical, microblade cellulite treatment meant to target cellulite on the thighs and buttocks, says Dr. Alexis Parcells, MD, a board-certified plastic surgeon and founder of SUNNIE Wrinkle Reducing Studio.

Microblade sounds intense, but once you understand exactly what the procedure consists of, it’s a lot less intimidating. The way Cellfina works is through releasing the connective tissue bands that pull and tether the skin that cause the puckering and dimples of cellulite, Dr. Smita Ramanadham, a double board-certified plastic surgeon, explains. The treatment technique is called “subcision” and “microblades” are used to cut these bands so the tethering of the skin is released and dimpling is improved.

While you can coffee scrub and dry brush ad nauseam, if you’re looking to explore more efficient and long-lasting treatments of targeting cellulite, Cellfina may be one option worth researching. We spoke with Dr. Parcells and Dr. Ramanadham on everything you should know about Cellfina.

“Cellfina is a Food and Drug Administration-cleared, minimally invasive cellulite treatment that uses special cutting needles to detach the fibrous bands that attach to the undersides of skin and form dimples,” Parcells says. Cellfina is best when used to spot treat smaller areas and is less effective for more generalized cellulite management.

Cellfina is minimally invasive, takes about an hour in the office, doesn’t require general anesthesia or sedation, and the results are long-lasting upwards of three years and beyond, Ramanadham says.

How to Prepare for Cellfina

As with all beauty treatments, do your research and see a board-certified plastic surgeon — cosmetic surgeons are not the same as plastic surgeons, FYI. It’s important to meet with a licensed professional first, as Parcells says, so they can assess whether you’re a good candidate for the treatment. If your primary concern is cellulite dimples, chances are good that you’ll benefit from the procedure, but if you have larger areas like streaks, patches, or waves of cellulite, you may not see as dramatic results, Parcells explains.

Since Cellfina is minimally invasive, one of the benefits is that prep is also minimal. Ramanadham says it’s recommended to avoid Ibuprofen and Aspirin for seven days prior to the treatment to avoid excessive bruising and bleeding. The best candidate for this treatment has “good skin quality without significant laxity or looseness and [has] a stable weight,” Ramanadham also adds.

What to Expect During a Cellfina Treatment

Your surgeon will mark the dimples to be treated and then apply a numbing medication through injection, Ramanadham explains. Then, she says, they’ll place the Cellfina suction device over the area, which will hold the skin in place while the microblade is used in a fanning motion to release the underlying fibrous bands under the skin. Once released, the depressions are improved and the skin is smooth. The treatment is fast—Parcells says 25 dimples can be treated in one hour.

While Cellfina is an invasive treatment, Parcells says there’s typically no bleeding and only minimal bruising.

Cellfina vs. Other Treatments

Both Drs. Parcells and Ramanadham point to Qwo, a new injectable treatment that is FDA approved to treat cellulite of the buttocks, as being an alternative cellulite treatment to Cellfina. “While Cellfina mechanically cuts the fibrous bands that cause cellulite, Qwo is an enzyme that chemically breaks down those fibrous bands when injected directly into the dimple,” Ramanadham says. Both Qwo and Cellfina show good improvement in the appearance of cellulite, she adds.

Parcells also mentions the treatment Cellulaze, which also works on the fibrous bands using a fiber-optic laser to melt fat and cut through them.

Any procedure, no matter how minimally invasive , has risks. Parcells says, “namely infection and bleeding — though they’re rare.” There’s also the chance you may get some small scars at the entry point of the device, but this she says, is also rare.

“The cost of Cellfina can vary based on region and type of provider/practice,” Ramanadham says, however in general, the number of dimples and the size of the area to be treated determine the cost. Ramanadham says that prices can range from $3,000–$6,000 or higher per treatment. Parcells says that the procedure typically costs around $5,000 depending on the area being treated.

Ramanadham adds that depending on how many dimples or areas that are treated, you may require additional sessions, though Parcells says the treatment is usually performed just once.

“Typically, it is recommended that compressive garments be worn following the procedure for a minimum of two weeks,” Ramanadham says. Swimming and excessive exercise should also be avoided during the following week.

After a treatment, most patients return to work within a few days, and the majority of swelling and bruising disappears after two weeks, Parcells says.

“This is the longest FDA cleared treatment for cellulite,” Ramanadham says. While individual results may vary, she says results can last three years or more. In fact, Parcells notes that the patient follow-up data released by Cellfina’s manufacturers earlier this year stated that 100 percent of patients in the follow-up still had noticeably less dimply skin five years later. Not bad for only hour of your time,

While cellulite is a normal development, if you’re looking to treat certain small spots on your thighs and buttocks rather than large areas, Cellfina is the longest-lasting treatment on the market. This treatment is also non-surgical; it doesn’t require general anesthesia and can be done in your doctor’s office. And although it is considered invasive (minimally to be fair), there’s usually no bleeding and only minimal bruising afterwards. It’s also efficient: a board-certified plastic surgeon can target up to 25 cellulite dimples in one hour. While results are said to last upwards of three years, you may be able to squeeze even longer from one Cellfina treatment, which means it’s also a time-efficient procedure over the span of your life.

As always, when considering cosmetic treatments and procedures, see a board-certified plastic surgeon, do your research, and ask questions. It’s your right as a consumer and patient to make sure you’re putting your body in the hands of a well-qualified professional.