Christy Turlington on Yoga, Disconnecting, and the Key to a Healthy Relationship

Plus, her favorite '90s modeling memory.

2020 has been an easy year for no one, but Christy Turlington is learning to adapt. The iconic supermodel answers my Zoom call dressed in a cozy sweater, sitting against a serene-looking backdrop with bamboo accents. "It's where I practice yoga at home," she explains, when I comment on how tranquil the surroundings behind her appear. As it turns out, yoga has been something she's been doing a lot of these days to keep herself grounded amidst the chaos of this difficult year—but more on that later.

We're catching up (virtually) to discuss her new Eternity fragrance campaign with Calvin Klein, which is particularly special to her in more ways than one. Firstly, she was shot in the original campaign for the fragrance in 1988, which she still regards as one of her favorite and most memorable shoots to date; her husband—director, writer, and actor Edward Burns—joined her for the new campaign release in 2014. And this year, in 2020, a year of tumultuous unpredictability, she stars once again with her husband in Calvin Klein's brand-new iteration of the Eternity campaign, centered around the idea of timeless love. "I was a teenager during the first Eternity shoot—now, I'm a woman," she reflects when I ask her about how she feels now vs. her first campaign shoot. "I feel like my whole life of experience makes me feel that much more comfortable and confident."

Ahead, we discuss her favorite on-set memory, why she runs without music, and her secret to a healthy relationship.

First of all, congratulations on the new campaign. How does it feel to return to Calvin Klein to shoot the new Eternity campaign after being featured in the original?

Thank you. And it feels great. Like it feels like yesterday in a way, that first campaign. It's been one of my favorite campaigns to work on always, and I think the imagery from it still holds up today. But I was also really happy to have the chance to come back and to do something new, and with my husband and a different location.

And are there any kind of elements of the first campaign that you still relate to or look fondly on?

I mean, everything about the brand, what went into the launch of it really, was all about iconic. For me, as a teenager at the time, I was new to living on my own in New York City, so getting that job was such a big deal. So there’s so much of that I hold on to nostalgically—the newness and the excitement around everything.

Do you have a favorite on-set memory from your modeling days in the ‘90s?

There are so many. A classic one is around the Freedom video for George Michael. Each of us were shooting on different days, but one of the days I overlapped with Linda Evangelista—we are good friends, and were really good friends at the time. And so we just laughed so much throughout that whole shoot and were shooting crazy hours. George was on set and David Fincher was the director...Camilla Nickerson was the stylist. So, all people that I would continue to work with for many years after that. I feel like that was such a bonding experience, to go through like a long shoot like that, that ultimately has become such a iconic music video, and so emblematic of that period.

So iconic. Do you have any beauty lessons that you've shared with your daughter? Or has she taught you any beauty tips?

I feel like she's so lucky that she's growing up at this time, because there aren’t any horrible makeup trends. I look at her and her friends and they don't really wear makeup. I mean, she'll curl her eyelashes, and she has incredible black, thick eyelashes, which I am envious of. She also has really full eyebrows. So she'll look at mine, and she'll say, you know, why are your eyebrows so sparse? I’m like, well, partially, it's age. And then partially, it's the fact that, you know, literally, they took them entirely off my face in the ‘90s. And it's really hard to grow back an eyebrow.

It's been such a surreal time. I think it just showed me how adaptable I am. I think I thought of myself that way before, but I don't know that I've ever been challenged in this way. I lead a nonprofit, Every Mother Counts, and to be able to have our organization adapt and go remote and try to figure out how to work as a team in this environment...I felt like I learned a lot just from myself, and from my colleagues. We had to just innovate, innovate, innovate. And then, you know, to multitask and sort of shepherd my kids through this unknown time. They would ask, is there anything that's been like this that you've lived through? And really, there hasn’t. The closest I could come to was talking about what HIV was like when I was a teenager. And when I came to New York, and how prevalent it was, and how scary it was for everyone, and losing people that I loved and just that kind of exposure for the first time—I feel like that was probably the closest. And then obviously, 9/11, in a completely different way, was also one of those big moments that impacted our lives in such a deep way. But I just try to let them know that even the things that we can't imagine, will happen, but we are resilient. 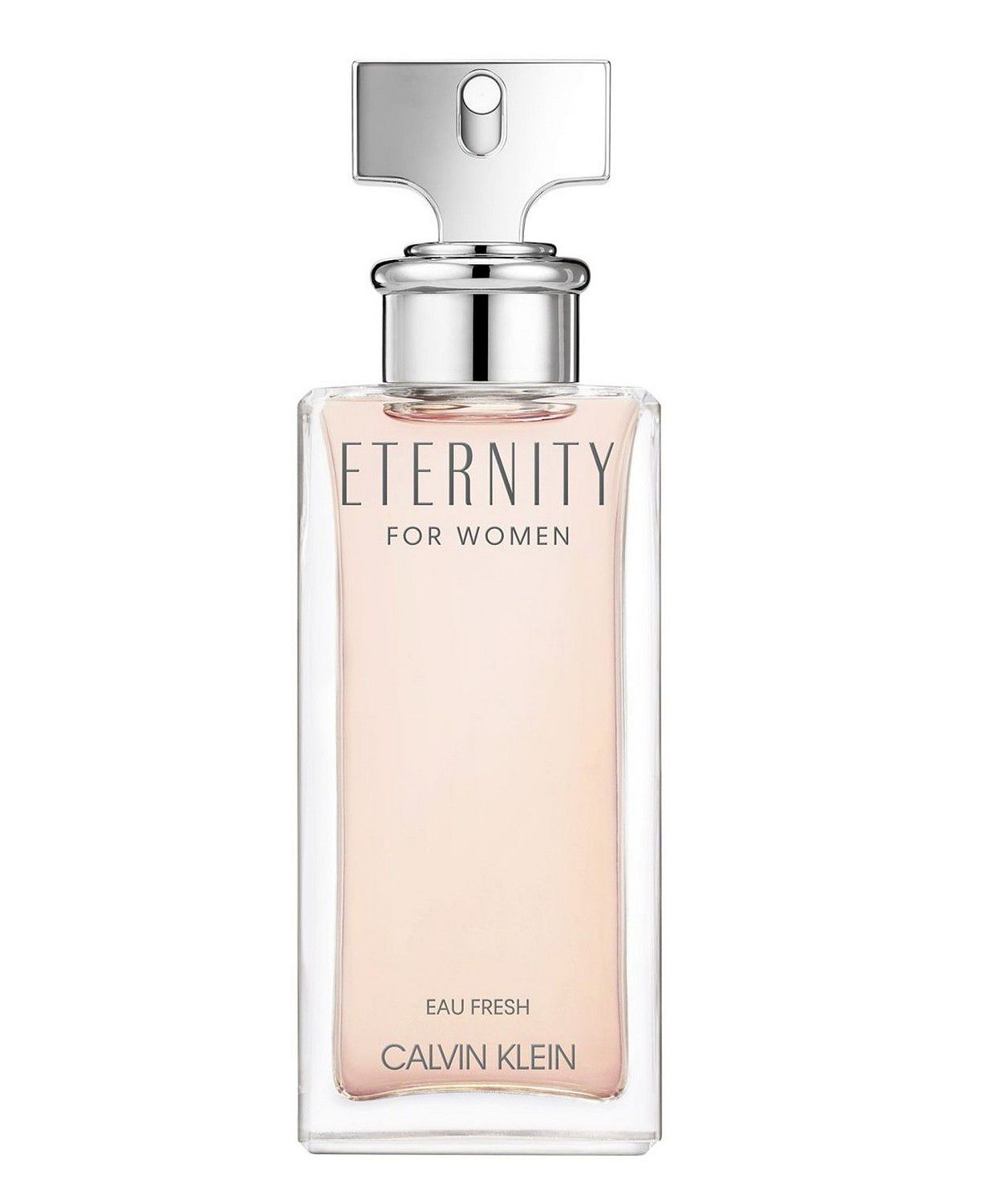 How have you been keeping up a fitness routine or a wellness routine, or taking care of your mental health?

Yeah, I mean, I've had a yoga practice for some years. But I feel like since quarantine, I started to do more of a home practice, like three times a week or so. And it started with a friend of mine who just hosted Zoom class, and I just stayed with it. So just to have that time slot as a constant—I just started doing it. And it's been it's been such a godsend in this time. And then I'm also a runner, so I've been running in-between my yoga practice, and that combination has been always really good for me. It forces me to get outside, when that's a possibility. We're in the city now, and it's a little trickier.

Do you have a running playlist?

I don't run with any music, and I love music. But I feel like there's very little time in my life, or in most people's lives, these days where we're not connected to some kind of device. And so when I run, it's really just to be there with myself, just my breath. Being in nature, listening to the city sounds or nature sounds depending on where I am, and just taking it in. So I started running that way and I don't feel bored, I don't feel like I need to hear something. Yeah, so I'm not as up to speed on the podcast these days. [LAUGHS]

Is there anything else for self-care that you've been really?

I think that's what my self-care really is—it’s wellness, fitness, self-care, me-time, all kind of wrapped up in the same way. I think that's why having that routine of yoga and running practices has really been so beneficial. And switching up to the times of day that I do it. I feel like before COVID, I would squeeze a workout in the morning and always be kind of rushing to get it in so that I could go on with my work day. And now I feel it's become central to my day, and my work is scheduled around it or my duties in my home are scheduled around it. I think that's a healthier way to approach it. You shouldn't be putting yourself last. Women and moms tend to do that.

You shouldn't be putting yourself last. Women and moms tend to do that.

In your opinion, what is the secret to making a relationship work during quarantine?

I feel just lucky that we are in a good place, just generally, and we were able to really be a good support system and not get on each other's nerves. We luckily have enough space that allowed us to find a separate corner and be able to do our thing, and then come together for meals and for time to just be relaxed with each other. There were some heated conversations around the dinner table with my daughter really fired up as a social activist and she's teaching her dad how to be an ally. And I just loved it. They were really healthy kinds of conversations to get to a place of better understanding, and I loved seeing him be as open with her to her teaching him—not becoming defensive. That makes definitely makes things better in a relationship, too—that's a very attractive quality.