Drinking Cherry Juice Can Naturally Extend Your Sleep Each Night

Insomnia can be just as debilitating as it is frustrating. Aside from making you toss and turn all night while you chase sleep, this condition leaves you exhausted the next day. And, as we all know, exhaustion isn't conducive to productive, happy days. (If that's not enough bad news, extreme lack of sleep can cause your brain to start destroying its own cells. True story).

Aside from eating well, exercising, drinking water, and engaging in a habitual bedtime routine, the best thing you can do to get more sleep might be as simple as sipping on a glass of cherry juice. A 2018 study published in the American Journal of Therapeutics discovered that adults who drank Montmorency tart cherry juice increased their average sleeping time each night.﻿﻿ 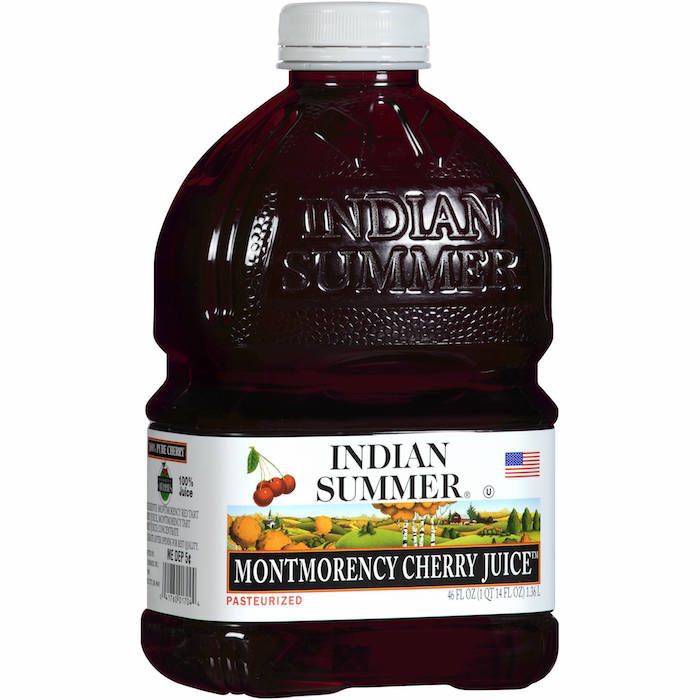 Researchers found that when the adults drank cherry juice their sleep period increased by an average of 84 minutes (or an hour and 24 minutes) every single night. Getting an extra hour, sometimes an hour and a half, of sleep is truly significant, especially for those who struggle with insomnia. Researchers also discovered that their sleep quality increased as well. The best part is that this occurs naturally, without the help of chemical sleep aids or medication.

Apparently, cherry juice contains compounds that stop the product of sleep-inhibiting signals in the brain, which makes it easier to drift off faster and for longer. It decreases levels of kynurenine, which is a compound found in blood that's linked to poor sleep.﻿﻿ Cherry juice is also rich in polyphenols like procyanidins and anthocyanins—the same found in other fruits like blueberries and cranberries—which are celebrated for their anti-inflammatory properties.