Eating healthy can be expensive if you're in the habit of Postmating Meditteranean cauliflower rice bowls to your front door every day, but nutrition experts agree that if budget is your number one priority, you can do it for cheap. In fact, Time just published a list of dietitian-approved foods that all cost less than $1 (think staples like oats, peanut butter, lentils, and beans). But the one incredibly cheap food on its list that every nutritionist can get behind is an ice cold superfood that health junkies everywhere stock in their freezers: frozen spinach.

"Frozen vegetables are a great option for money-saving: They’re less expensive than fresh, and since you only use what you need, there’s no waste," Time reports. A commonly believed myth is that frozen veggies aren't as good for you as fresh ones, but that simply isn't true. In fact, vegetables like spinach are often frozen at peak freshness, so by the time you dig in, you're getting the most nutritional value possible. Spinach in particular has nutritional value in spades. "Research has found that spinach is among the most effective cancer-fighting vegetables in existence," says nutritionist Carolyn Dean, MD, medical advisory board member at the Nutritional Magnesium Association. It boasts high levels of vitamin K, magnesium, vitamin A, manganese, folate, magnesium, iron, copper, vitamin B2, vitamin B6, vitamin E, calcium, potassium, fiber, zinc, and protein. Is that enough for you?

And there are so many delicious ways to use frozen spinach, from spinach pesto sauces to breakfast scrambles to spinach and artichoke hummus. Better yet, since bags of the stuff go for as little as $1, you can get a full serving for 25¢. Can't get much cheaper or healthier than that. 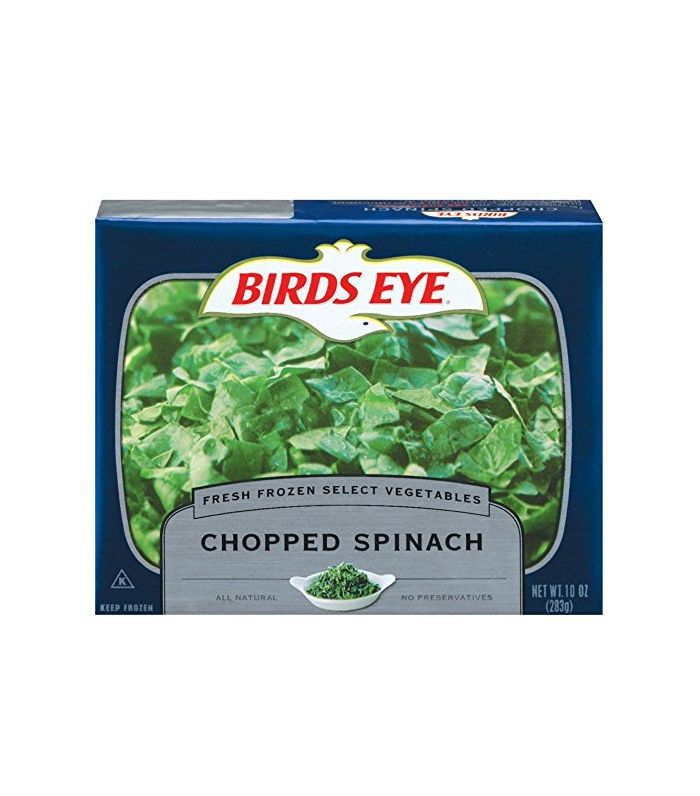