It's no secret that Charlotte Tilbury is the queen of lipstick. Her glamorous lipstick bullets adorn the vanities of many a beauty editor. I, for one, just recently tried her Matte Revolution Pillow Talk Lipstick ($34), and I can say with the utmost confidence that it lives up to the buzz. It's flattering, opaque, and non-drying—and I don't know how I went so long without wearing it...but I digress.

It's not just lipstick that Charlotte Tilbury is known for, though. She's also known for her silky, pigmented eyeshadows (I'm personally also a big fan of the Bigger Brighter Eyes Exagger-Eyes Palette $53). Today, the makeup artist's namesake beauty brand expanded its eyeshadow offerings through the launch of a never-before-seen palette. There's a catch, though. It's a limited-edition palette. When we say limited-edition, we mean it. It's available for 24 hours only. Keep scrolling to see this glamorous new eyeshadow palette before it's gone for good. 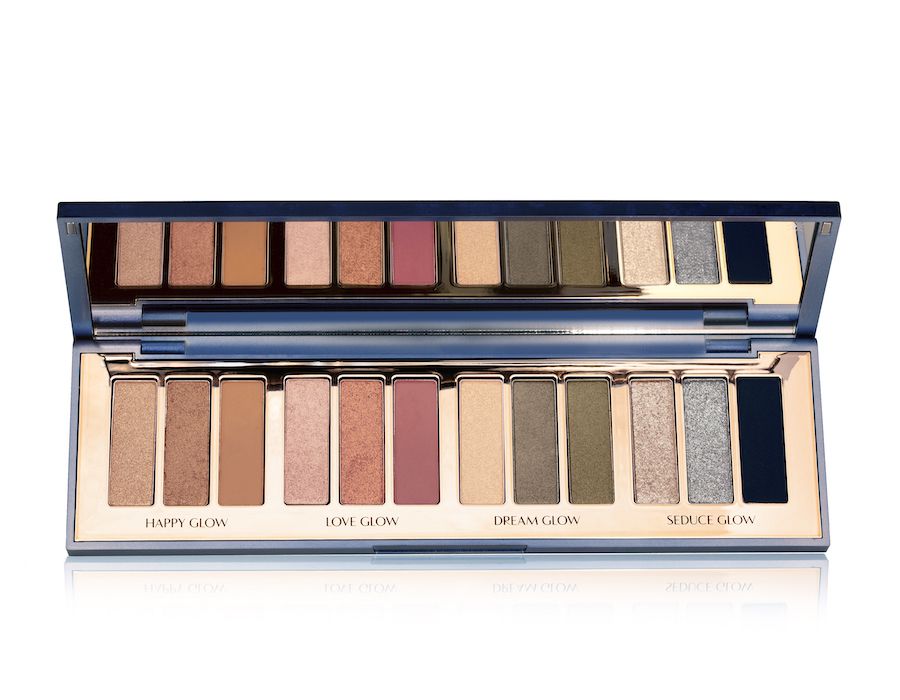 This is the third year in a row that Charlotte Tilbury has released a limited-edition eyeshadow palette. Last year's limited-edition palette garnered a wait list of over 40,000 people before the sale's end. So, if history repeats itself, this new one will be as equally in high demand.

Like the others before it, this one houses 12 pigmented and blend-able pressed powders in a variety of finishes. The brand new shades range from champagne pink to obsidian black. All of them were inspired by the night sky. "I have bottled the light play of the stars to create four glowing eye looks that gild the eyes with divine, dreamy light," Tilbury writes on the brand's website. In fact, there's real diamond powder in the shadows, in order to impart the utmost glimmer and shine.

Next, check out our in-depth review of RMS Beauty's new foundation.