Amy Lewis
Amy is a freelance journalist who specializes in beauty, fashion, wellness, and lifestyle. She has written for Byrdie, Who What Wear, and Stylist.
Byrdie's Editorial Guidelines

Chanel’s Rouge Noir has quite rightly become one of the most iconic shades of all time. Debuted at Paris Fashion Week in the mid '90s as a striking Le Vernis nail enamel, the hue is still one of the most coveted—and questionably duped—color in both fashion and beauty history.

But while the legendary status of Rouge Noir is unwavering, the origin of the red-black is surrounded by urban myth. How did this popular shade come into fruition? Scroll down for everything you’ve ever wanted to know about the cult classic color.

It’s true that the Le Vernis Rouge Noir was first debuted at the A/W '94 Chanel show, but the relationship between the hue and the label dates back even further. In an article titled "Seeing the Mode in Color," which appeared in the May 1926 issue of Vogue, Mademoiselle Chanel’s preference for the shade is duly noted. Describing the color before it was given its iconic name, the article reads: “Black and white are joined by red, a garnet shade, like the heart of a black cherry, which Chanel uses frequently and which is often called ‘red-black.’” Little did anyone know, this red-black hue was going to change the history of our nails, past and present.

It’s the shade that’s sparked a thousand imitations (and we truly mean that), so it might be surprising that the color was actually born out of a pre-Chanel show accident. Just two days prior to the A/W '94 collection debut in Paris, makeup artist Heidi Morawetz decided to formulate a shade based on a black-and-white photo she had seen in a magazine. Using her kitchen table as a makeshift lab, she and Dominique Moncourtois—Chanel's director of makeup creation at the time—mixed black and red pigments in a panic. Ultimately, the hand-mixed formula they created was the rudimentary version of Le Vernis Rouge Noir, with the color then perfected in a lab before being used by the manicurist backstage. Journalists saw the striking new color on the runway and, needless to say, the crowd went wild.

Following the raging success of the newly formulated nail polish at the runway show, the shade was in immediate demand overnight. Laboratories in America were the first to produce high-quality batches of the nail enamel, launching it under the name "Vamp"—even though the now-iconic Rouge Noir had already been given a name by the House of Chanel in Paris.

Women lined the pavements outside Barneys New York the day “Vamp” was due to hit counters, and the polish even made national news on CNN. In the UK, it sold out on the same day it became available, sparking waiting lists of 6–12 months. Even today, it remains the best-selling Chanel product, raking in over $1 million in its first year alone.

Some memorable moments featuring the iconic color include Quentin Tarantino’s 1994 film, "Pulp Fiction," which featured a black-haired Uma Thurman wearing the shade. It also made a notable appearance in Madonna's 1994 "Take a Bow" music video.

Get your hands on the highly-coveted nail polish hue below. 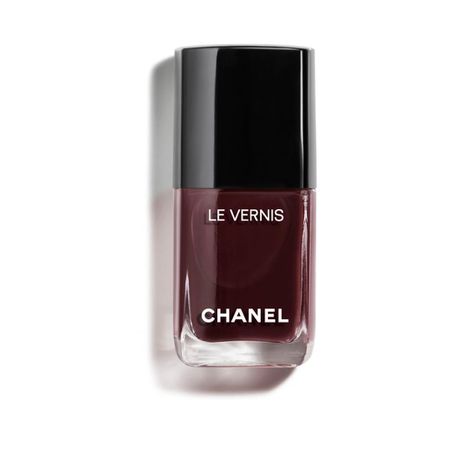