This $15 Product Saved My Lips on Vacation

As beauty editors, we get bombarded with a ton of new products every day (we know—tough life). Reviewed is a series where we report on some of the best products we've tried. Whether it's a drugstore lipstick that lasted all day or a hand cream that saved us this winter, you'll find all our favorites in this column. Enjoy! 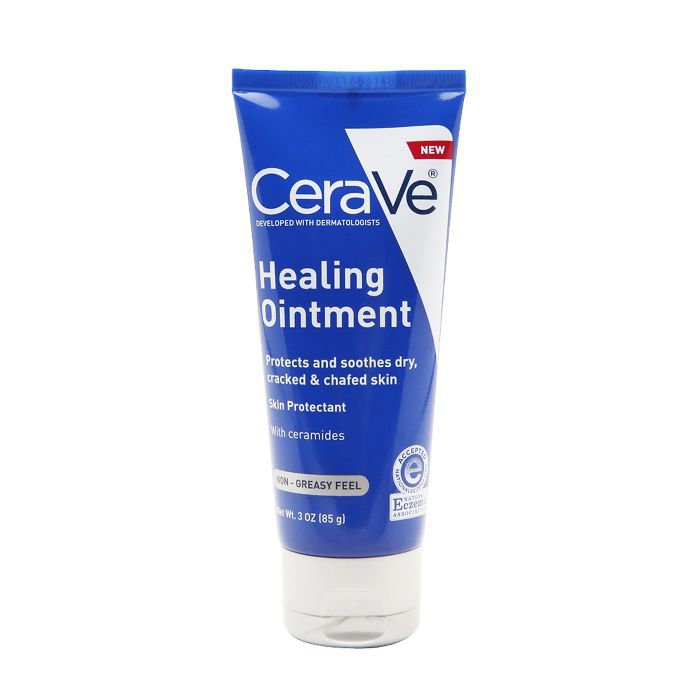 I'll start by saying this: My skin loves California weather and has acclimated seamlessly to the not-too-dry, not-too-humid forecast here in Los Angeles. In fact, my skin's newfound moisture barrier has made itself so at home that it decides to throw a tantrum with the potential to intimidate even the feistiest of 3-year-olds the second I step outside city lines. Case in point: When I went home to Minnesota last December (and to below 20-degree temperatures), my previously resilient skin (internally callused and seasoned from 22 years of experience with frigid weather) became chapped in roughly two minutes. Unsettling to say the least.

Skincare in the South

On the other end of the spectrum, whenever I go south to my family's part-time place in Tucson, Arizona (aka the *apparently* habitable desert), my skin becomes so dry, flaky, and itchy that I sometimes struggle to even fall asleep. Thus, I had two options: I could vow to never leave Los Angeles again or I could forage for life- and skin-changing product to cover and heal each and every woe. Fortunately (from a perspective of convenience), it's been the latter, which inspired me to write this overdue CeraVe Healing Ointment ($15) review.

Even though I was in a monogamous relationship with the stuff back in high school (I used to carry a full tub in my dance bag and a mini in my pencil bag—remember those?!), I had fallen off the CeraVe wagon sometime in college when I became more and more interested in skincare and makeup with, I might add, an ever-increasing taste in products boasting ridiculously high price points. (And, yes, my wallet still has some PTSD from the period.) It wasn't that the ointment didn't continue to deliver its miracle-working majesty, I just became obsessed with the idea of trying every new product I could get my hands on (not so surprising that I became a beauty editor, right?). My one mistake: I was intent on the off-base assumption that expense directly correlates to quality. (A fallacy through and through with this story serving as proof.) Anyway, over the years, I had quite simply forgotten about my beloved CeraVe until about one month ago when I attended the AAD's (The American Association of Dermatology) annual meeting handily held in San Diego.

Surrounded by the country's best and brightest dermatologists, brands, and products, I had a quick meeting with a few lovely members of the CeraVe team who very generously sent me home with a slew of O.G. brand favorites. And, considering I had somehow managed to leave my go-to lip balm at home in L.A. (Murphy's law when you'll also be kayaking, exploring, and sunning in the gorgeous San Diego weather), I quickly layered on a healthy heaping of the Healing Ointment—a natural and nostalgic gravitation. And sure enough, within seconds (and even hours later), my lips felt calm, plump, and soft.

Interestingly, even though I shouldn't have been surprised, I kind of was. Despite the fact that CeraVe seems to make every "Best-of" drugstore roundup (from Byrdie and beyond), I just couldn't believe the likes of something as budget-friendly as $15 could challenge and even prove to be far superior to the lip balms and treatments I had tried five times the investment. Plus, when you consider its proficiency for multitasking (you can put it on sand-papery elbows, irritated cuticles, or heck, even the ends of dehydrated strands) at less than $20 for a three-ounce tube, this one goes above and beyond "bang for your buck" value.

Approved by dermatologists and boasting an expertly formulated melding of such thirst-quenching things as petrolatum, mineral oil, hyaluronic acid, ceramides, and water, it's really no surprise that it's such a heavy hitter when it comes to hydration. Plus, if you're acne-prone and sensitive to greasy textures (I cringe), this ointment still has your back, as it's free of lanolin, it's lightweight in texture, and it's even accepted by the National Eczema Association as a savvy option for sensitive skin. The clincher? Not only did this ointment save my parched lips during the duration of my time in San Diego, but it has since secured a spot in my daily rotation since arriving back in L.A. (no easy feat.)

Oh, and when I discussed my rediscovery with other beauty editors on the trip and a few of my fellow team members here at Byrdie, my verdict was only echoed. (In other words, apparently, I'm not the only professional beauty junkie with a tube—or full-size tub—of the stuff within arm's reach on my nightstand. And last, but certainly, not least, it makes for an ingenious alternative to lip gloss—simultaneously delivering shine and nourishment. (Take it from a skeptic.) It's safe to say that I plan on slathering myself with the stuff until death do us part.